Dishonored Reviews: “Once in a generation game that rewards patience”

The first review game is positive. 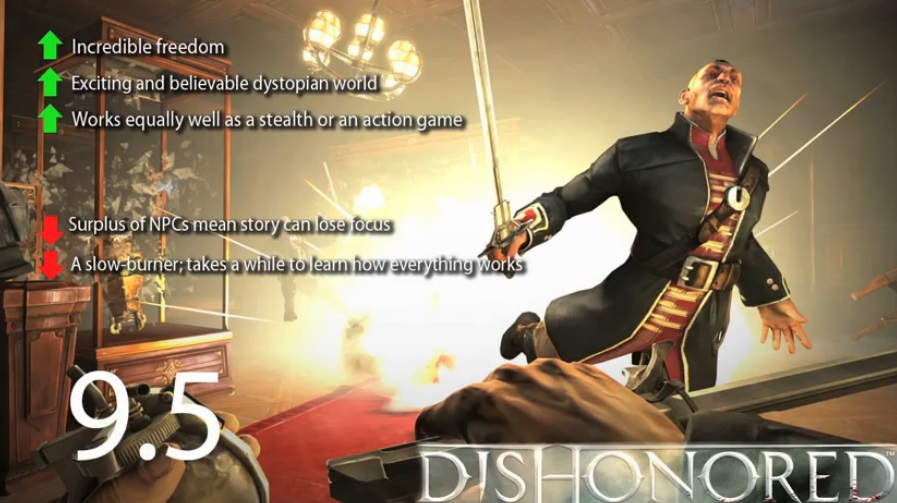 Dishonored is shaping up to be a fantastic game, and based on our interview and numerous news posts, it was only about time that the reviews would be glowing as well. We have our first review of the game from CVG, who may have accidentally leaked the score before embargo date.

They have the game a glowing 9.5 score. The game is also quite meaty with a user from Bethesda forum taking almost 22 hours to beat the game in a non-lethal playthrough.

My ghost and no kills playthrough took 22 hours. That’s without exploring every nook and cranny, and knowing the solution to everything beforehand.

CVG’s video review was set to private for obvious reasons, but one thing is for certain, if they give this a 9.5, a lot of sites may do the same, which should be great news for Bethesda and Arkane Studios.

Dishonored is a new IP and is scheduled to be released this October for PS3, Xbox 360 and PC.