Because it's not like this game makes enough money anyway. 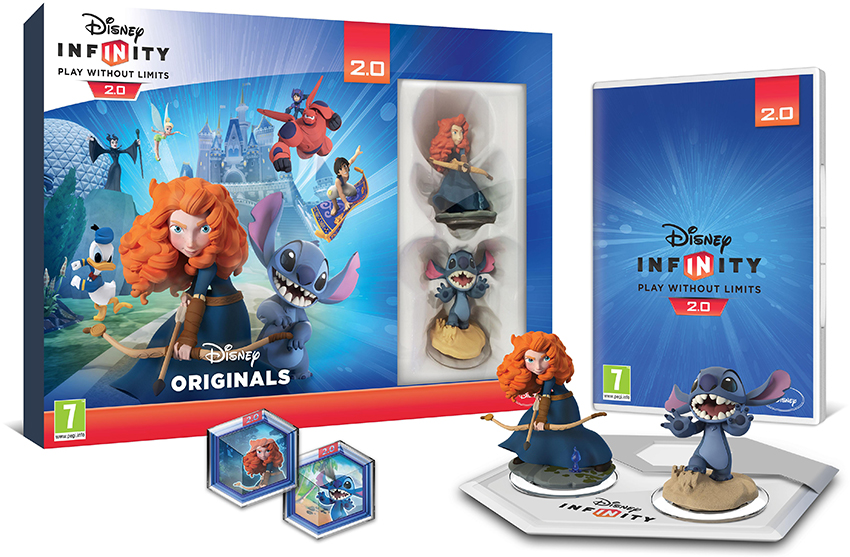 Disney Infinity was a success that everyone saw coming when it finally released last year. I mean, a video game that doubles as a line of collectible figures (which can, helpfully enough, also be used in the game in question) at a mostly cheap and affordable price, tapping into Disney and Pixar’s wealth of properties? And you say it was a success? No way.

Anyway, jokes and sarcasm aside, it did well, and naturally, we are getting a sequel this year, which has, straightforwardly enough, been called just Disney Infinity 2.0. The draw this time is the inclusion of Marvel characters, which should see the cachet of the game rise tenfold.

In any case, if you want to start playing out the game, and don’t know where to begin, Disney Interactive today announced that a special Disney-themed Toy Box Starter Pack is set to launch this November, just in time for the holidays. The Disney Infinity: Toy Box Starter Pack (2.0 Edition) gives Disney fans the chance to experience the new and improved Toy Box 2.0 mode, set in the wonderful world of Disney, and is compatible with the game’s Marvel Play Sets.

“Disney Infinity fans spend the majority of their time inside the Toy Box mode, and with our new Toy Box Starter Pack, we’re giving Disney fans an alternative entry point to the Disney Infinity sequel,” said John Blackburn, Vice President and General Manager of Avalanche Software. “We’ve completely re-tooled the Toy Box for this year’s version of Disney Infinity, and we want every Disney fan to experience it using their favorite Disney or Marvel characters.”

The Starter Pack will set you back by $60 (so the price of a regular game), so it should see some pretty good business over the holiday season.