To release this fall.

Posted By Rashid Sayed | On 10th, Jun. 2014 Under News | Follow This Author @GamingBoltTweet

Disney Interactive has announced that Spider-Man Play Set will appear in the upcoming Disney Infinity: Marvel Super Heroes (2.0 Edition). Accompanying the announcement is a trailer which you can check above.

The Spider-Man Play Set will follow a new narrative as our hero  keeps track of Green Goblin as he is hell bent on destroying the  S.H.I.E.L.D. Green Goblin captures Venom somehow and then he plans to remove the clone symbiotes from him. Green Goblin will also be joined by Mysterio as both of them plan to become a nuisance for the player.

The play set will include characters  Nick Fury, Iron Fist, Nova and Venom, White Tiger, Black Cat and Luke Cage.Furthermore these new characters will be playable in Toy Box 2.0 along with all other characters. On completing the Spider-Man Play Set, players will be able to unlock S.H.I.E.L.D. Hover Car, S.H.I.E.L.D. Sky Cycle, Daily Bugle Building. 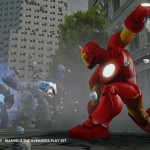 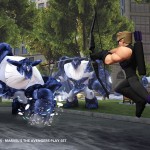 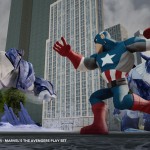