Think back to your childhood days. The days when you had closets full of toys and models, the days when all you did was race your hot wheels through your very own LEGO version of Gotham City, with none other than Captain Hook’s action figure driving it- for some reason. Do you remember how awesome that was? Now imagine being able to do the same in a video game, but with Disney characters.

Sounds fun? Sure does. But is it? You’re damn right it is. Disney Infinity may not have stuff like technical advancements (it’s not a bad looking game by any means, though), deep storyline or a morality system going for it, but it’s got the one thing that matters the most in all video games- the fun factor. The thing that makes you want to play more, and more, and more, and keep playing till the joints of your fingers hurt. 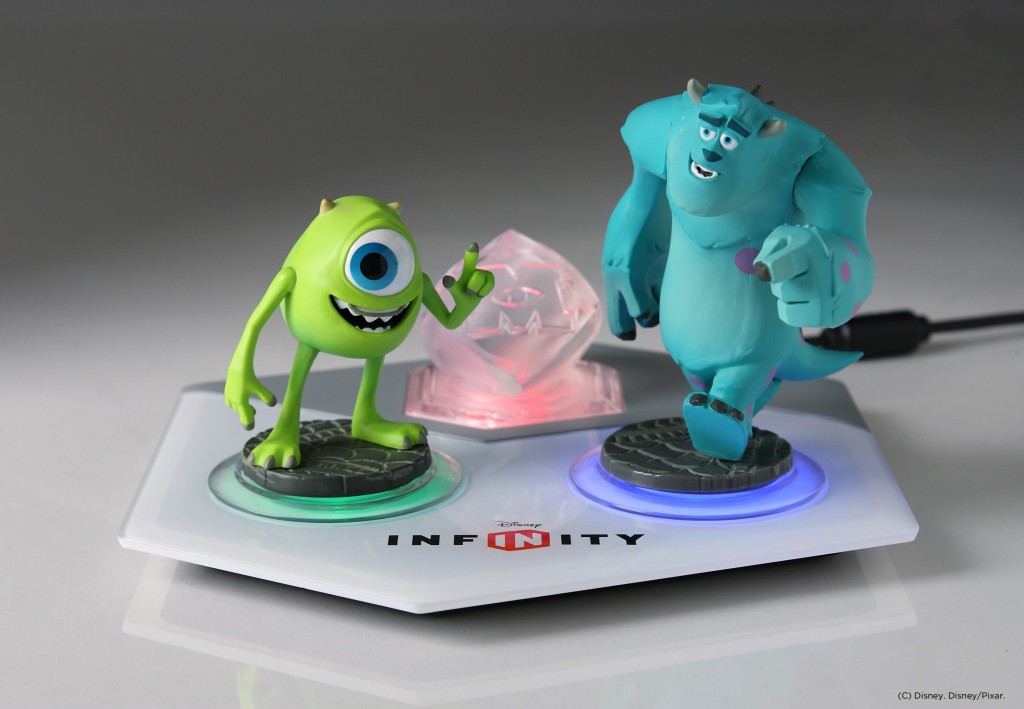 "In Toy Box mode you get to truly unleash the creative monster inside of you. You can race on a course that runs through the Black Pearl, you can have Captain Jack Sparrow explore Monsters University, you can create your very own monsters. You can do whatever you want."

Disney Infinity is based on concepts made popular by other video games. The usage of actual toys to transport them into the game and play using them- from Spyro- and the ability to create your very own game and play it exactly the way you want to- from LittleBigPlanet. Somehow, Disney Infinity combines the two elements perfectly, and it works out very well.

There are two basic modes in the game- one is the actual campaign mode, where you get to play a more conventional linear mission based game based on the character you’re playing as, and the other is where the fun really lies, Toy Box mode. Don’t get me wrong, the campaign’s great. Each of the toys have their own unique campaigns (you only get three in the starter pack- Captain Jack Sparrow, Sully and Mr. Incredible) and it takes a meaty four hours to play through each of them, so there’s plenty of content and enjoyment packed in there.

But in the Toy Box mode, you get to truly unleash the creative monster inside of you. You can race on a course that runs through the Black Pearl, you can have Captain Jack Sparrow explore Monsters University, you can create your very own monsters. You can do whatever you want. You can create a third person shooter where your objective is to save the Black Pearl and Captain Jack from the cunning Hector Barbossa. 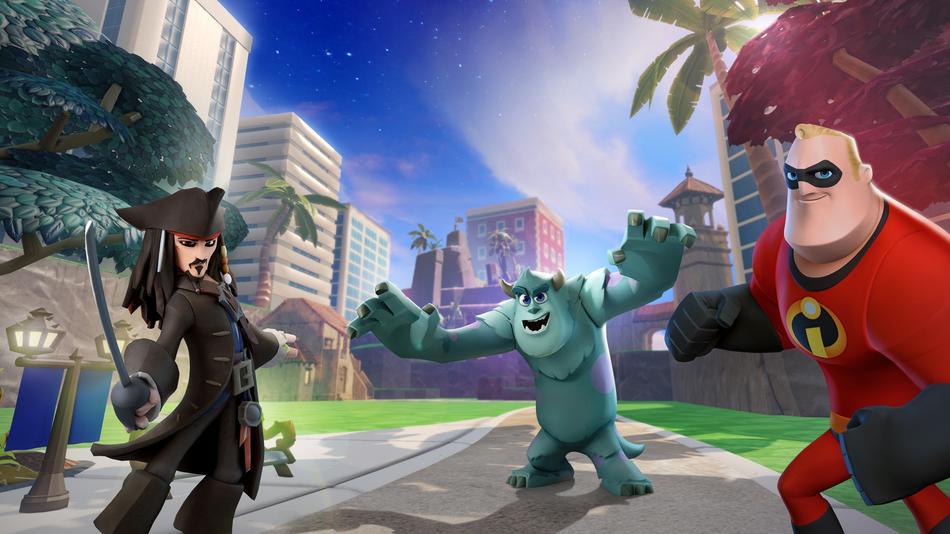 "The game supports split screen and is blast to play through if you have a friend or even your son/daughter to tag along with you."

It’s where the game shows its true colours, and shows you how much fun it can be. The campaign mode shows that to an extent itself. However it might be a cumbersome effort for some players as the cluttered menus can be irritating while creating new levels.

Some of the missions are great and have the kind of strengths that movie tie-ins wouldn’t have, and it’s great fun to play through the adventures of all the characters you can get (you can buy as many toys for the game as you want, obviously), but it’s in the Toy Box mode where you can go all batshit insane and relive your childhood days where you can mashup any and all universes into one meta-universe (as long as it’s within the Disney boundaries, of course).

The game supports split screen and is blast to play through if you have a friend or even your son/daughter to tag along with you. The starter pack also comes packed in with power discs that can add new dynamics to the gameplay. These include changing the terrain or adding special vehicles. The addition of power discs is a smart move by developers since it makes the game more addictive than it already is.

Although Disney Infinity shines in the gameplay section, it is a bit of let down in the sound department. Characters often repeat the same dialogues and it is quite disappointing that some of the stages have next to no background music.

To conclude, Disney Infinity is one hell of a game. And I’m really surprised I’m writing this because I never imagined I’d like it. But I do- it’s naïve, it’s immature, it’s delightfully enjoyable and it brings a smile to your face every time you play it. You should definitely buy it. Even if you never buy another toy for the game, it’ll still be worth the purchase.

Way too much fun, Toy Box mode is really enjoyable, Lots of content, Great adventures for all characters

Only three characters in the starter pack, Creating your own levels can be a little cumbersome due to cluttered menus at times

Final Verdict:
SUPERB
Disney Infinity is naïve, immature and delightfully enjoyable, and it brings a smile to your face every time you play it. A must buy if you have kids. Trust me, you will really enjoy this game if you tag along with them.
A copy of this game was provided by Developer/Publisher/Distributor/PR Agency for review purposes. Click here to know more about our Reviews Policy.