DMC: Devil May Cry was announced during the Tokyo Game Show way back in 2010 and is a reboot of the hugely popular Devil May Cry franchise from Capcom. The publisher is no longer behind the development of the game and according to their newly changed policy, they have hired a western developer, Ninja Theory, to work on the game. Ninja Theory are known for creating Heavenly Sword and Enslaved and are based in UK.

The game was released in January 2013 for the PS3, PC and Xbox 360. It’s a hack-and-slash game and contains the same gameplay mechanics as found in the previous games of the series.

It features Dante as the primary protagonist, and there’s a younger version of him in the game. The game is based in a town called Limbo City, which is under attack from demons and Dante has no recollection of who or where he is.

The game does not utilize Capcom’s in-house MT Framework engine and instead runs on Unreal Engine 3. The game also runs at 30 fps which has met with a lot of criticism, and is a side effect of the engine which cannot guarantee higher frame rates on consoles.

Before the TGS reveal, it widely rumoured that Ninja Theory would be working on the game instead of Capcom. “Loose Talk has learned that Enslaved isn’t the only game Ninja Theory is working on-we’ve heard that the Cambridge, England developer is being tapped for the next Devil May Cry,” Game Informer revealed. [reference]

One of the major changes to the game was a significantly re-designed Dante, who lost his trademark white hair and a younger version of him was displayed in the first trailer, surprising many.

Ninja Theory’s Alex Jones, Ninja Theory’s lead producer and Tameem Antoniades, chief creative director, justified the new Dante design in a video interview with the US PS Blog. [reference] They also said that Capcom had told them to go crazy on the design.

“The first time we sent our initial concepts to Capcom Japan, they said no, no you need to push it way further. Because, obviously, Dante is a big character for Capcom, we stuck fairly close to the original design template. But Japan said we needed to go much further, go crazy with it, and so we did.” [reference]

The music is being composed by Noisia and Combichrist. Ninja Theory later changed the design of Dante a little bit owing to pressure from fans. The game has a radically different art style compared to the other game in the series and is a bit brown and has crispy visuals.

The game takes place in an alternate reality where Dante is woken up by a bunch of demons causing nuisance, and he doesn’t have any recollection of who or where he is. But he does know how to take care of these monsters and he does so in style.

Dante is a Nephilim–a product of demon (Sparda) and angel (Eva)–and h realises this later in the game as he joins an order where he meets his brother Vergil. The latter is said to be in the game but it’s mostly about Dante. The duo are in Limbo City which is populated by demons and hostile areas. It is uncertain whether we will see more areas or not. Dante is someone who can be termed as neutral and in Devil May Cry 3 he used to take contracts to wipe out demons.

But hey, it’s nothing personal bro.

He hates demons but also attracts a lot of them due to his personality and the blood flowing within him. In DmC: Devil May Cry, you will see him partner up with various characters including his brother Vergil and a new character called Kat.

The developers have also released a DLC for the game. Vergil’s Downfall DLC is the official story expansion that continues the events of the main game wherein the player will take control of Vergil and play through a short campaign that details his growth and lust for power.

The main protagonist of the game and also significantly younger in this game. The game is a reboot and so you will find him exploring who he is and also kicking some demons in his way. 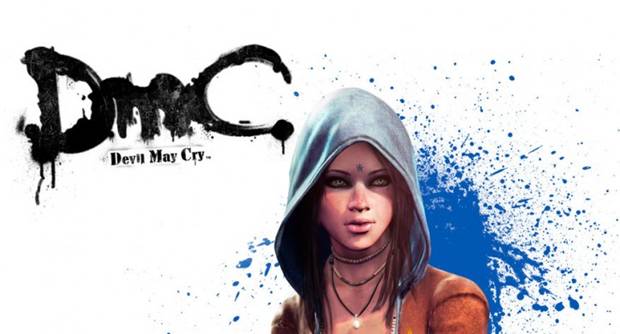 There’s only one character revealed so far who is new to the game and series. Here name is Kat and she is very nicely designed as you can see in the image below.

Kat meets Dante in the game and tells him to join The Order where his brother is the leader. They eventually join forces to destroy the demonic hordes in the game. Ninja Theory released an official description of Kat.

Kat is a former runaway that joined The Order very early in her life. She is a medium and a gifted psychic who can see into Limbo, the demon realm, but not directly interact with it in the way that Dante does. She is the right hand girl to the Leader of The Order and devotes her life to him, often putting herself in grave danger to gather intelligence from Limbo.

There is a sweet innocence about Kat’s world view and logic, but when it comes to her specialist subject, the demon realm, she is an undoubted expert. Kat is The Order’s ‘eyes and ears’ and is tasked with guiding Dante on his mission through Limbo. [Press Release] 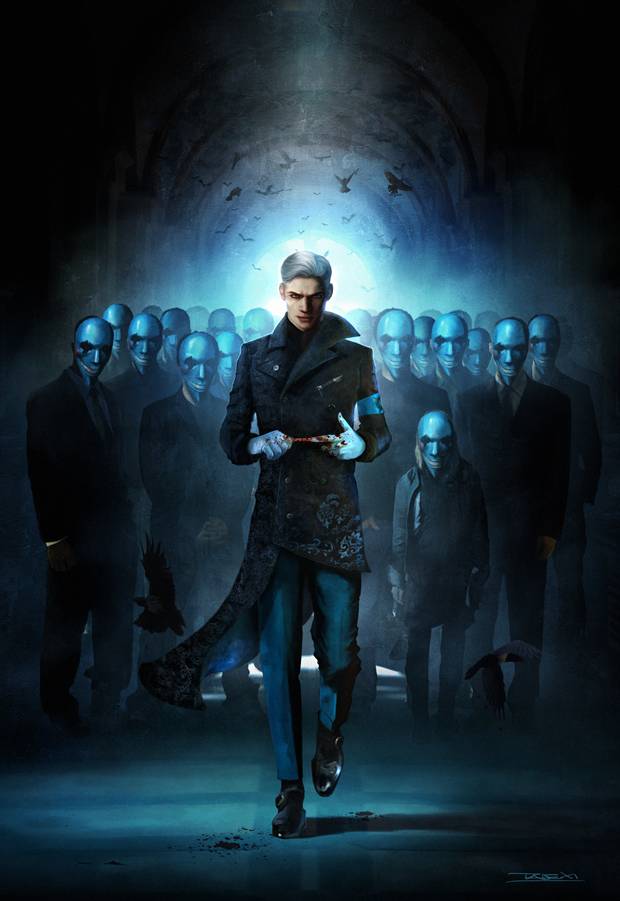 Vergil is Dante’s brother and also was his opponent in the previous DmC games. He is now the leader of The Order in DmC: Devil May Cry and is collaborating with Dante to defeat the demons. 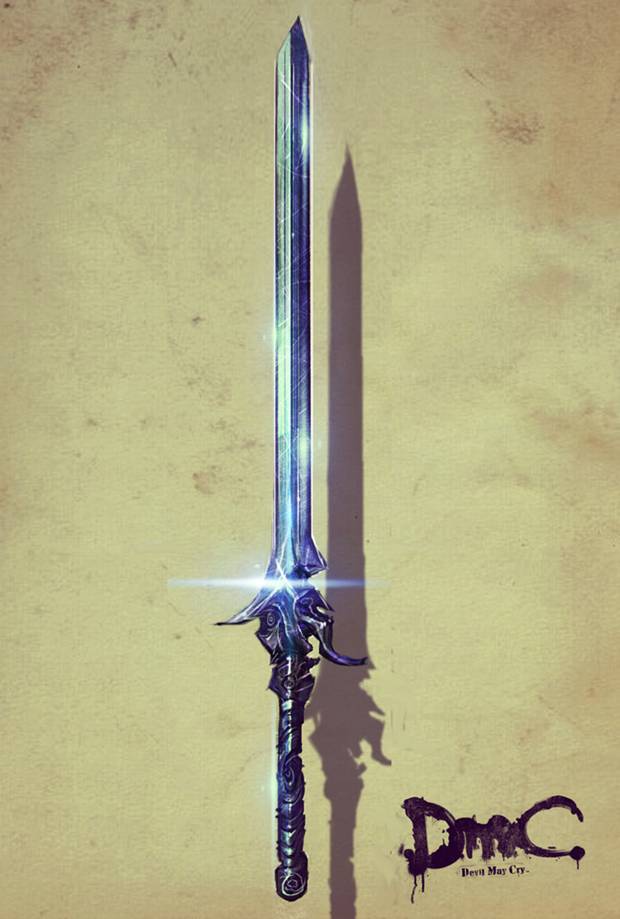 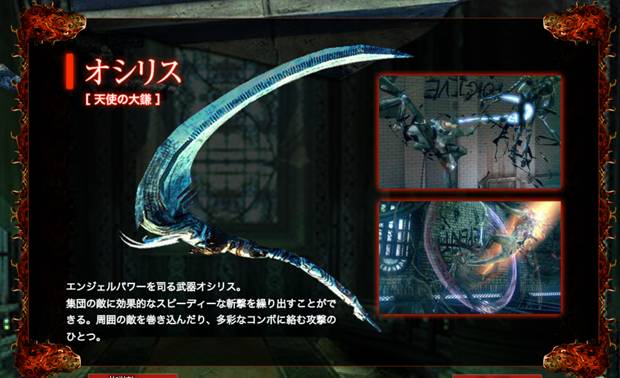 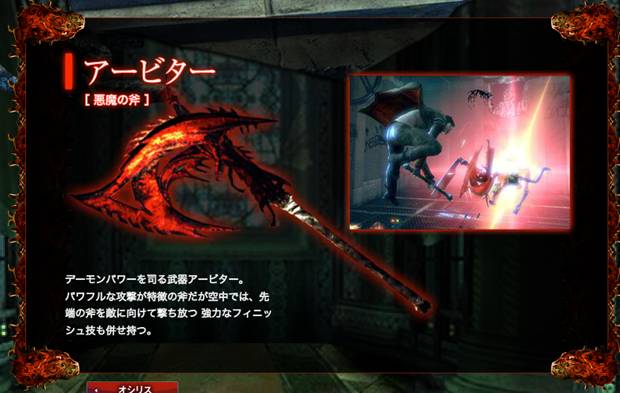 Dante will be using his trademark sword called Rebellion, which is a giant two handed sword but Dante can wield it easily due to his massive superhuman powers. The sword can also transform into other weapons in the game and Capcom and Ninja Theory have not detailed it properly, but we can see glimpses of that in various gameplay trailers. 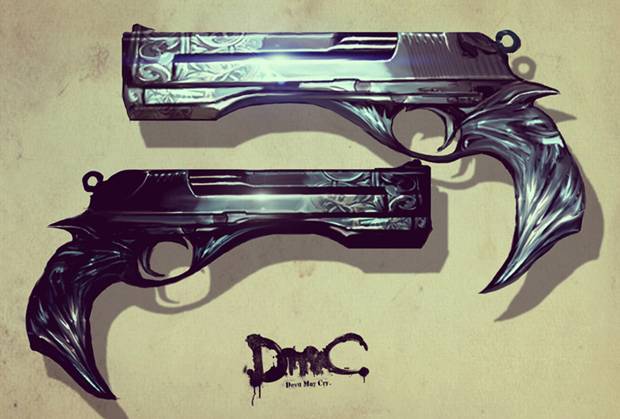 There will also be Ebony & Ivory revolvers which are a staple for the series. We can also see Dante’s shotgun in the game. 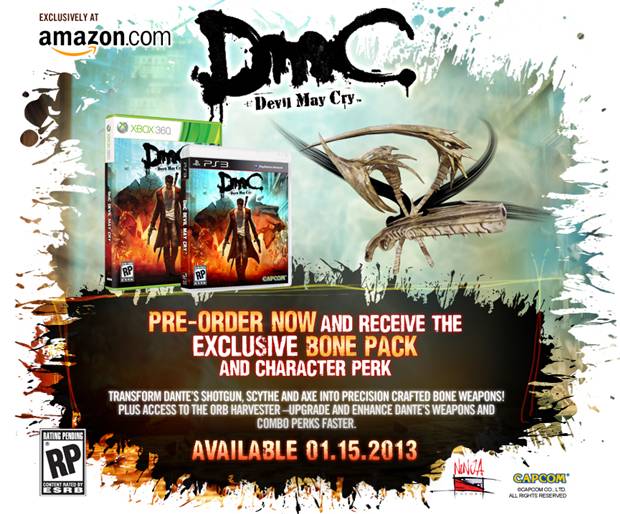 Pre-order Devil May Cry for the Xbox 360 or PlayStation 3 at Amazon.com, and you will receive the exclusive Bone Pack weapon skins and “Orb Harvester” character perk, which upgrades and enhances Dante’s weapon and combo perks faster. 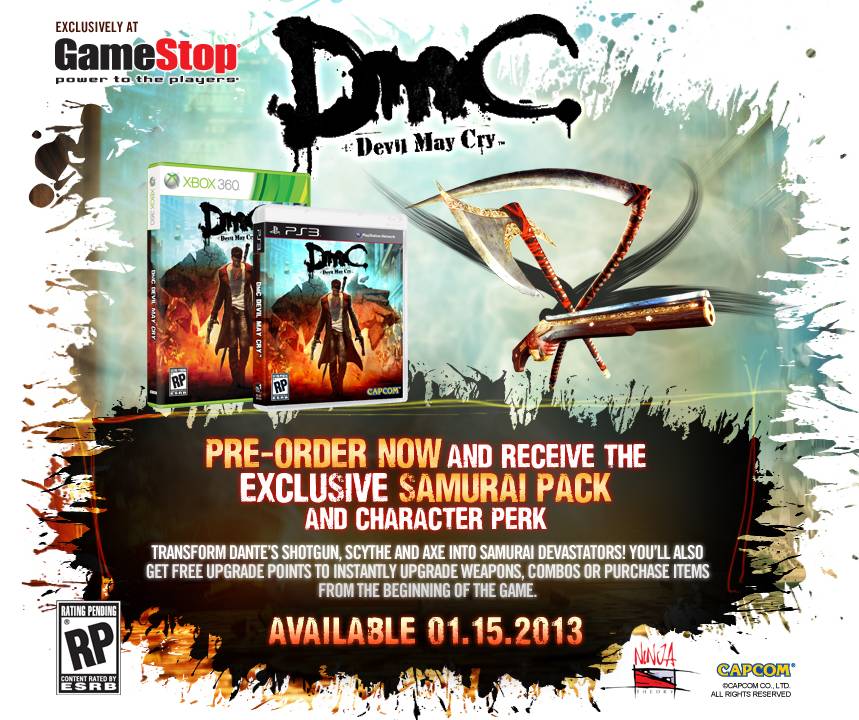 Pre-order Devil May Cry for the Xbox 360 or PlayStation 3 at GameStop, and players will receive the exclusive Samurai Pack weapon skins and free upgrade points character perk, which allows you to instantly upgrade weapons, combos, or purchase items from the beginning of the game.

The powers haven’t been detailed yet, but Dante possesses agility that humans don’t have and he can also do devil trigger to dispatch of a lot of foes quickly. His sword also transforms into different weapons. He has the ability to jump higher and reach locations others can’t which gives him an edge in battle. In some gameplay trailers we can see him floating in air and slashing foes rapidly. 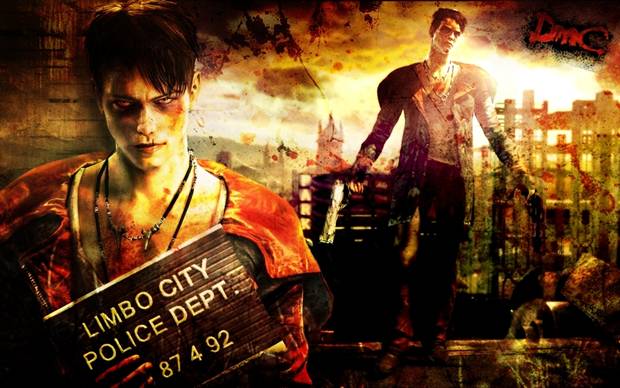 The original Dante design was met with a lot of vitriol because of the way they radically changed the character. However, after a lot of arguments back and forth and discussions, they finally changed Dante a bit and made him look like something people could relate to.

Being a reboot, it as necessary for Capcom to change up the main character and the core formula and they gave a directive to Ninja Theory to go all out. [Reference] The controversy has been subdued now.