If you’re looking for some fast-paced, 2.5D fighting game action with cool-looking characters, then Nexon’s DNF Duel may be worth checking out. Releasing on June 28th for PS4, PS5 and PC, it’s developed by Neople, Eighting and Arc System Works of Guilty Gear and BlazBlue fame. Here’s 15 things you need to know about the fighter, including what the heck “DNF” even stands for.

Based on Dungeon Fighter Online

DNF Duel is based on Nexon’s popular online action RPG beat ’em up Dungeon Fighter Online or DFO. It offers a wide range of characters and classes, each with their own unique Awakenings, passive skills, active skills and more. Having first released in August 2005 for PC, DFO has been a huge success with over $18 billion in gross revenue and more than 850 million registered users as of December 2021. 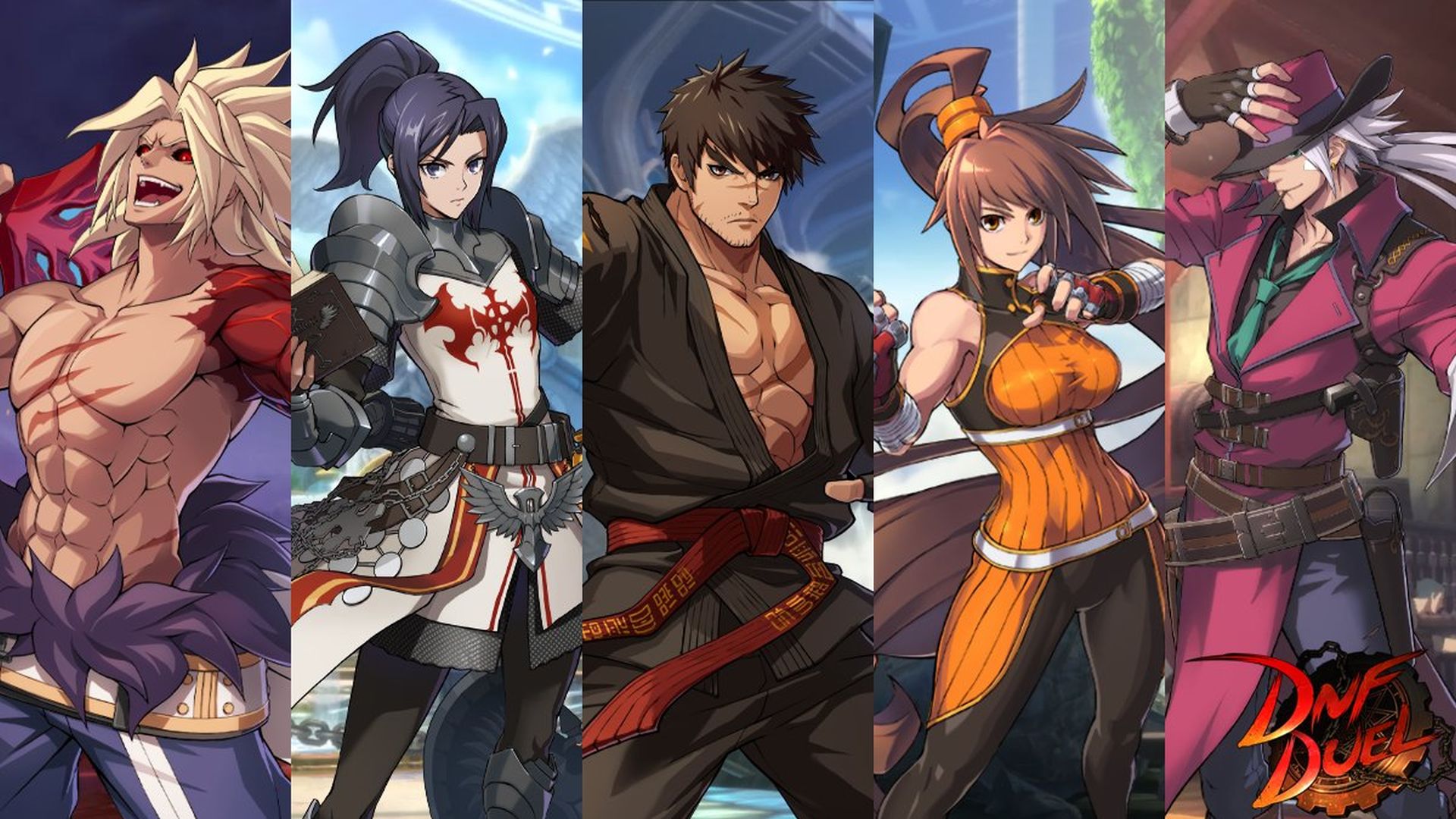 The base roster consists of 16 characters, all carrying over many abilities from the original game. The Grappler is all about throwing opponents; the Hitman alternates between close-range slashing and mid-range shooting; the Ranger is the ideal zoner with his dual pistols; and the Ghostblade summons a powerful spirit to slice foes with him. Not every character has been revealed, though the Female Mechanic has been teased so there may be some surprises to look forward to at launch. 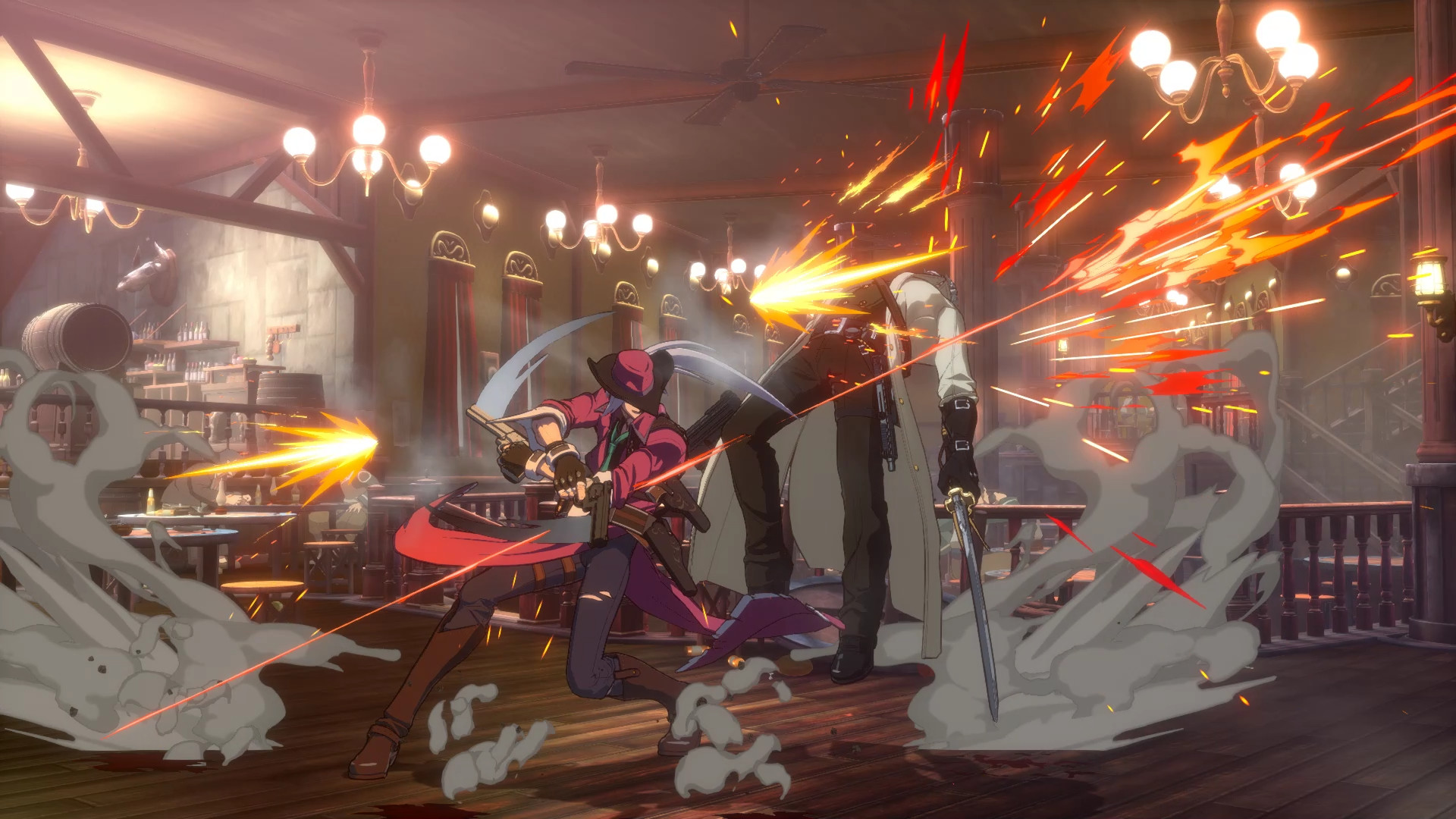 Much like in DFO, DNF Duel characters have Awakening effects to go with their respective moves. Health pools are categorized based on White Damage and Red Damage. White Damage is health that can be recovered over time by either guarding or not getting hit. Red Damage is health that can’t be recovered and as such, moves that deal Red Damage are key. You also have Magic Points or MP which is used for specific moves and either recovered over time or by attacking your opponent.

On top of this is Conversion for converting any White Damage suffered into Red Damage and gaining MP in the process (with the amount varying based on total White Damage converted). As the round progresses, the max MP of both fighters also starts increasing, thus ensuring access to higher damaging abilities at a quicker pace. 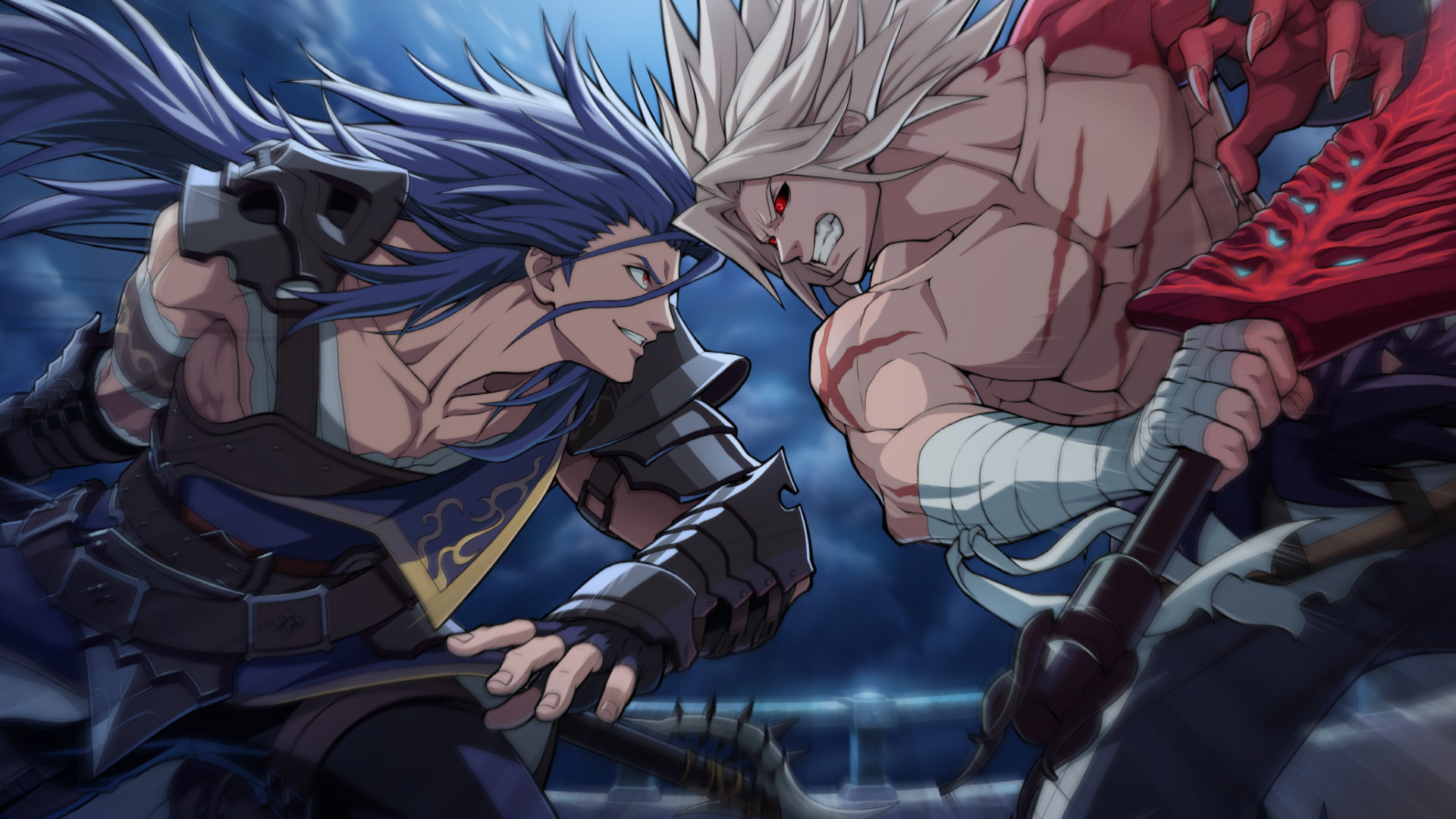 Nexon released a Story Mode trailer but deciphering exactly what’s going on can be difficult. Various incidents are occuring, from Dragon Knight dealing with distortions (and not faring well) to Berserker running afoul of some soldiers led by Cyrus, who’s assisted by Vanguard. Oh, and the Fighter happens to be wandering through the woods while this is going down. The publisher promised an integration of 16 years of lore and given Arc System Works’ insanity when it comes to fighting game stories (see: BlazBlue), it should be interesting. 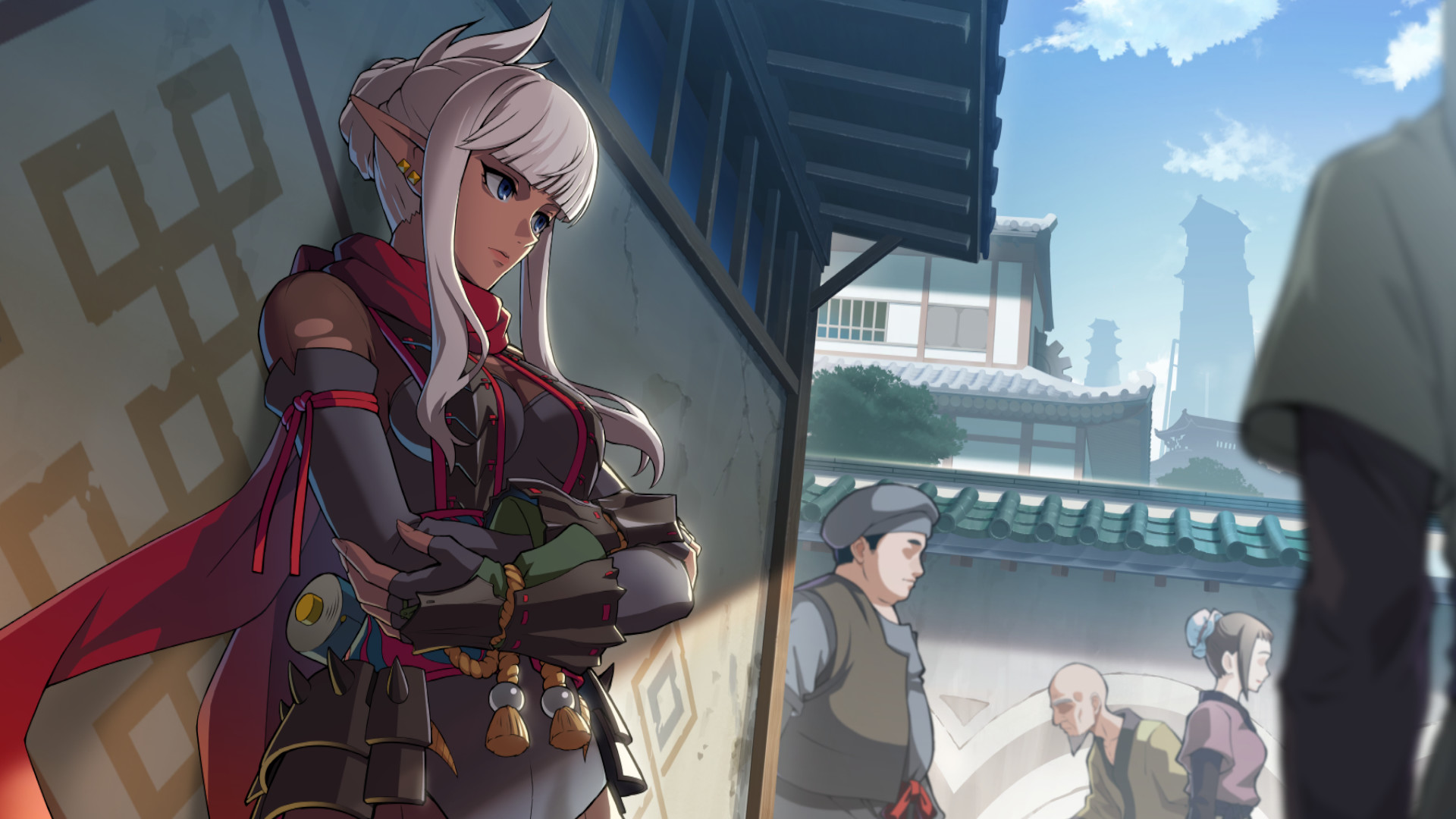 There are no doubt going to be some questions among non-DFO players (and even those who have played the game) about the story. Fortunately, there’s a Glossary to keep track of everything, from regions like the Principality of Bel Myre, Pandemonium and the De Los Empire to various names, organizations, and miscellaneous terms. It’s handy for those intrigued by the series’ lore and wanting to know more. 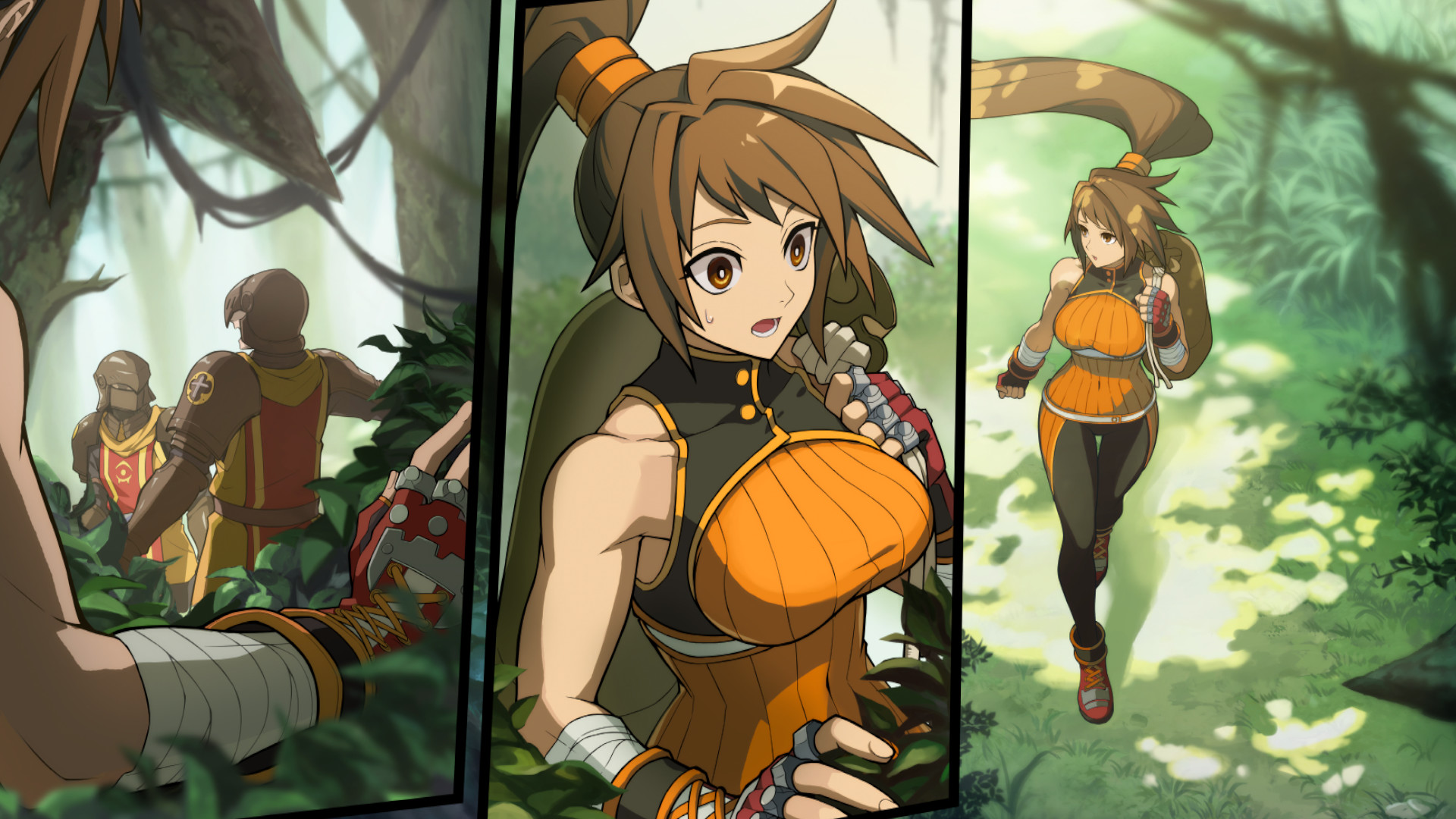 Of course, for those who don’t care about the plot and simply want to admire the art or music, there’s the Gallery. It contains stunning illustrations from Dungeon Fighter Online to unlock and BGM tracks to listen to along with each character’s voice. You can also watch the Opening Movie along with other videos. 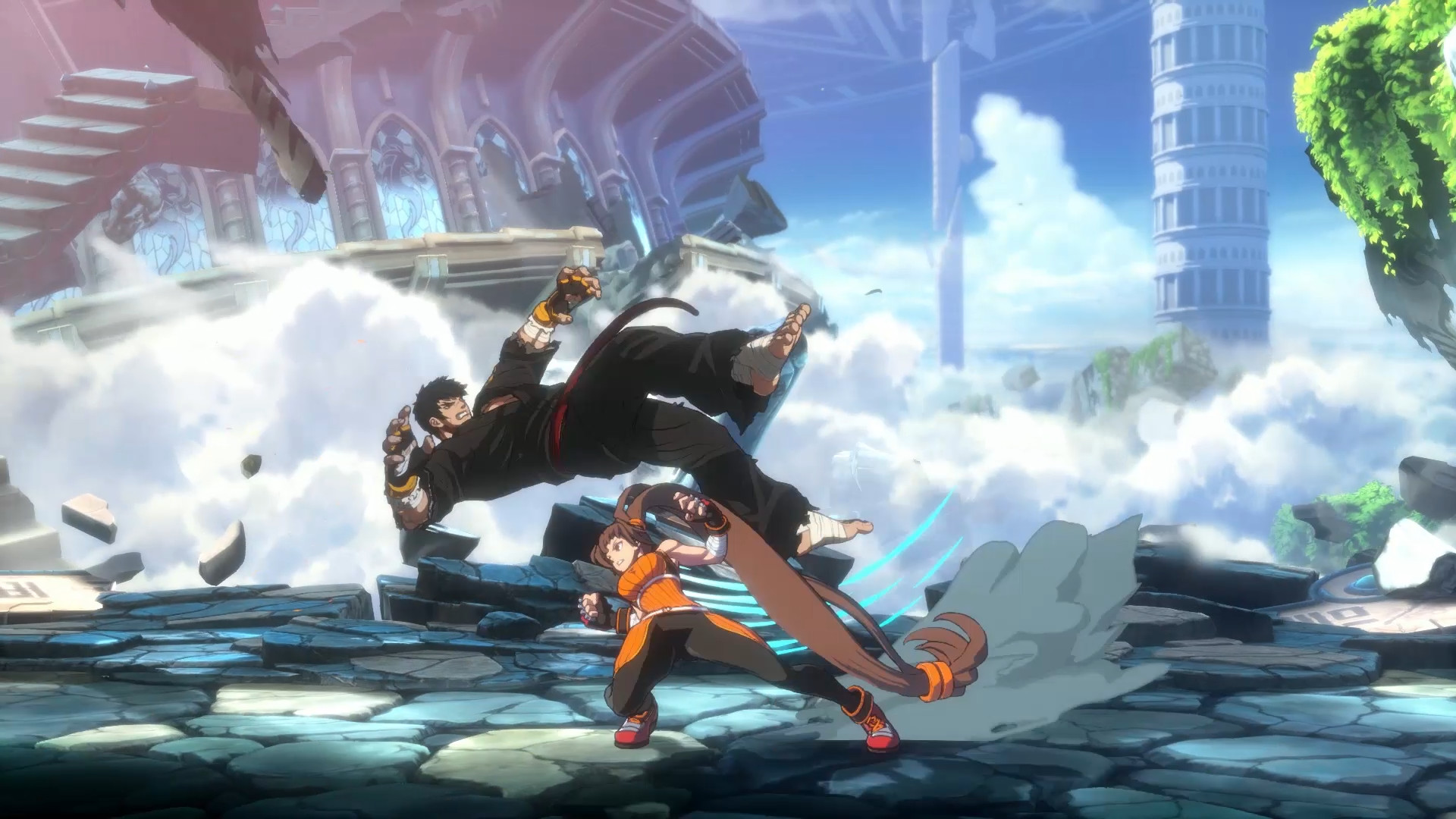 Along with Story Mode, the regular Free Battle, Arcade and Practice Modes are also available. Free Battle allows for facing an opponent with options for round limit, time limit and more. Arcade features battles against a series of opponents with customizable settings for rounds. Practice Mode serves as your training primer against the AI while also teaching the basics of movement, defensive techniques, canceling, combos, Awakenings and much more. 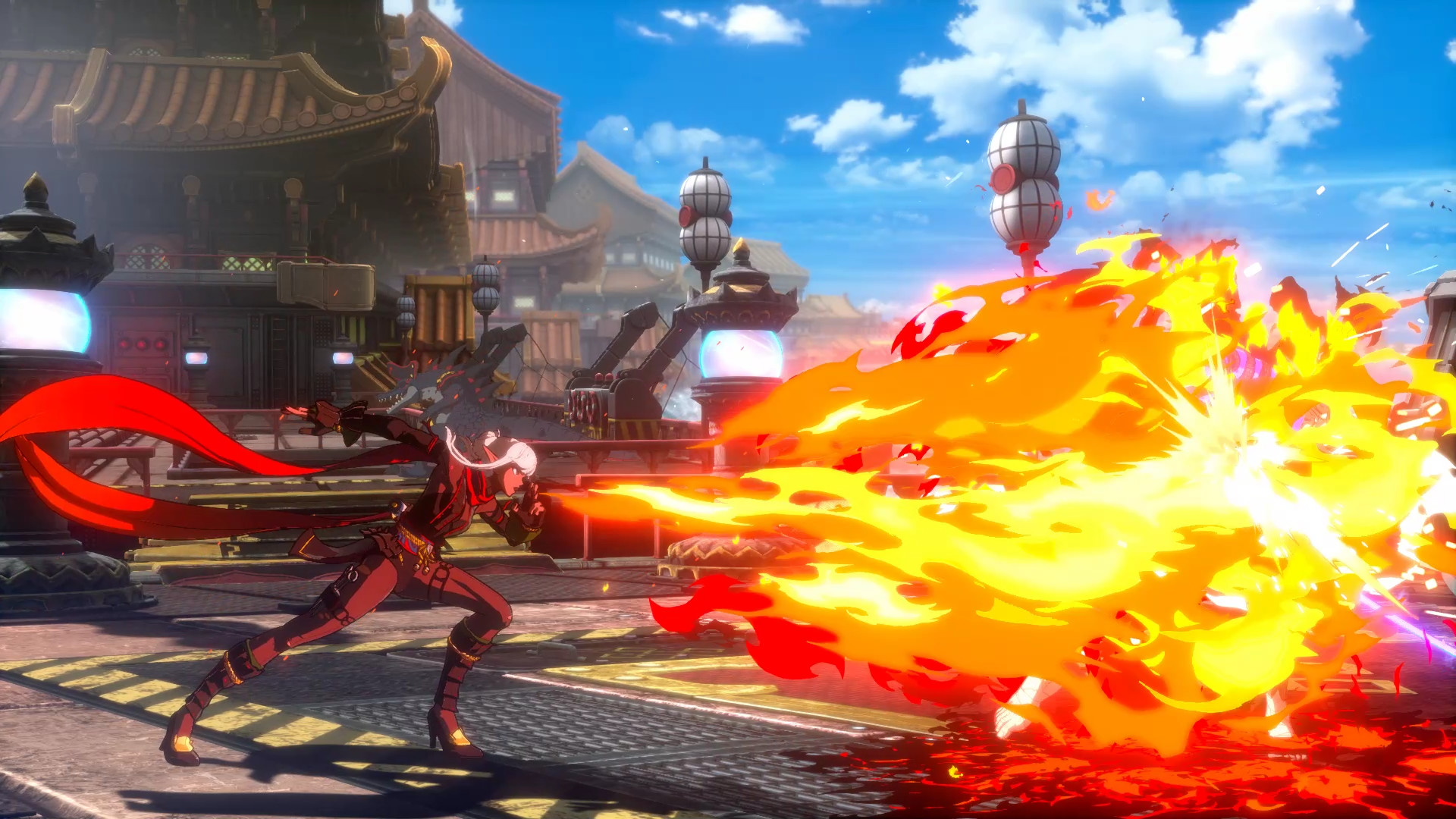 Much like Arcade Mode, Survival involves fighting a string of opponents, one after another. The difference is that your health carries over between rounds. Based on the score earned from fights, you can purchase upgrades for Attack, Defense, MP Recovery, strengthening Guard Break and more. Items that restore different amounts of health can also be purchased. You could focus on certain stats but your opponents will level up as well and potentially have stat increases so beware.

Much like with Arc System Works’ Guilty Gear Strive, DNF Duel’s online multiplayer supports rollback netcode. Even if you’re playing against someone half-way across the world with high latency, the result is a relatively smooth experience. Online play is essential for sustaining a fighting game’s community so it’s good to see DNF Duel implementing rollback netcode from launch itself. 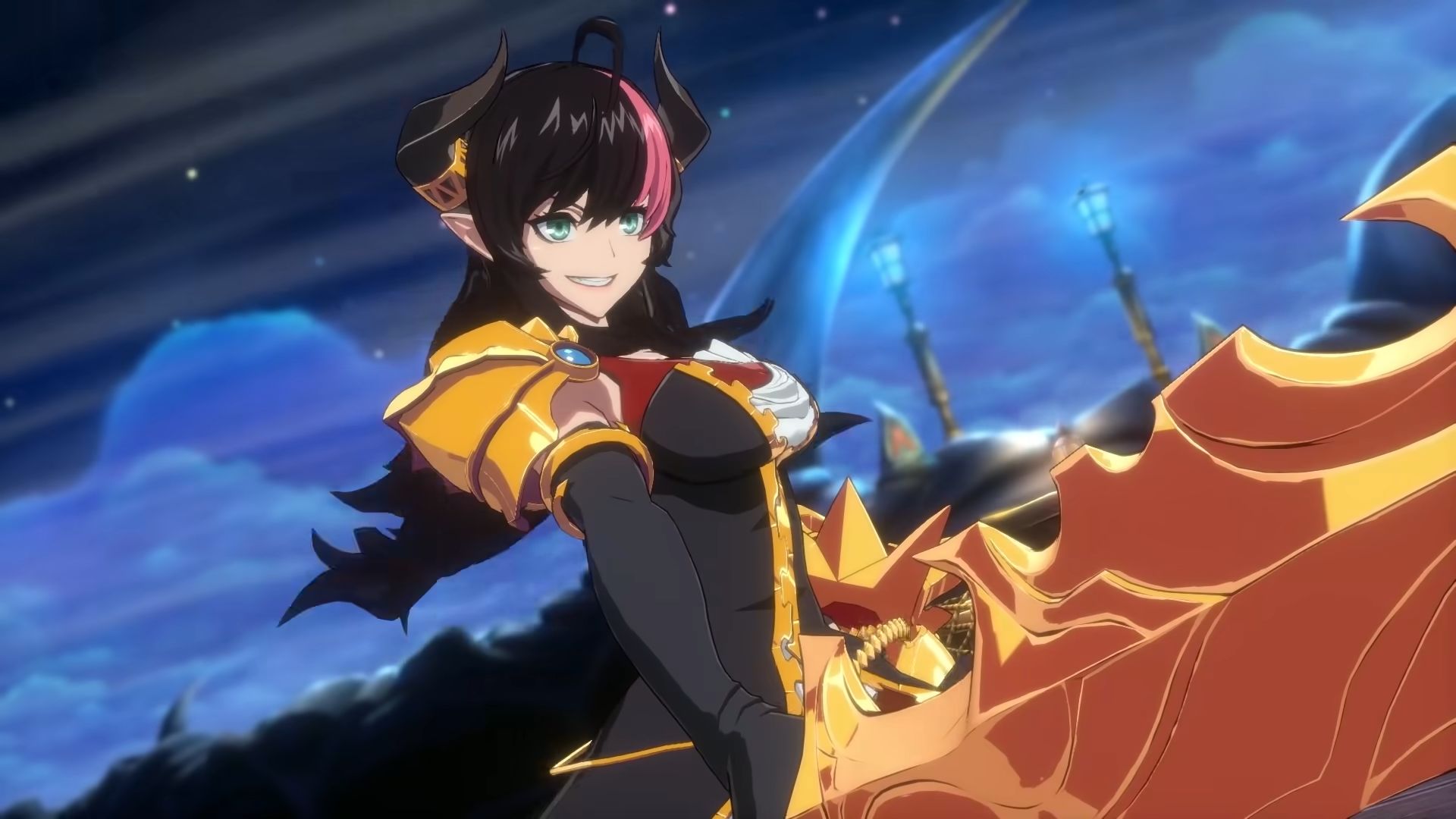 Ranked Matches are all about testing your skills against opponents online. After a few matches, you’ll receive a rank and can compete against others in the same skill brackets. Wins go towards increasing your rank while losses reduce it. The ultimate goal is to climb up the competitive ladder and be the very best (or at least part of a small handful of the same).

Player Profile is pretty straightforward, listing your name, Online ID, Ranked Match History and Number of Player Matches for others to see. You can also set your main character, match card icon and design, Avatar (with various options purchasable with in-game currency) and your Usual Login Time. If you don’t want anyone to see your Ranked Match History or matches played, then simply set them to Private. 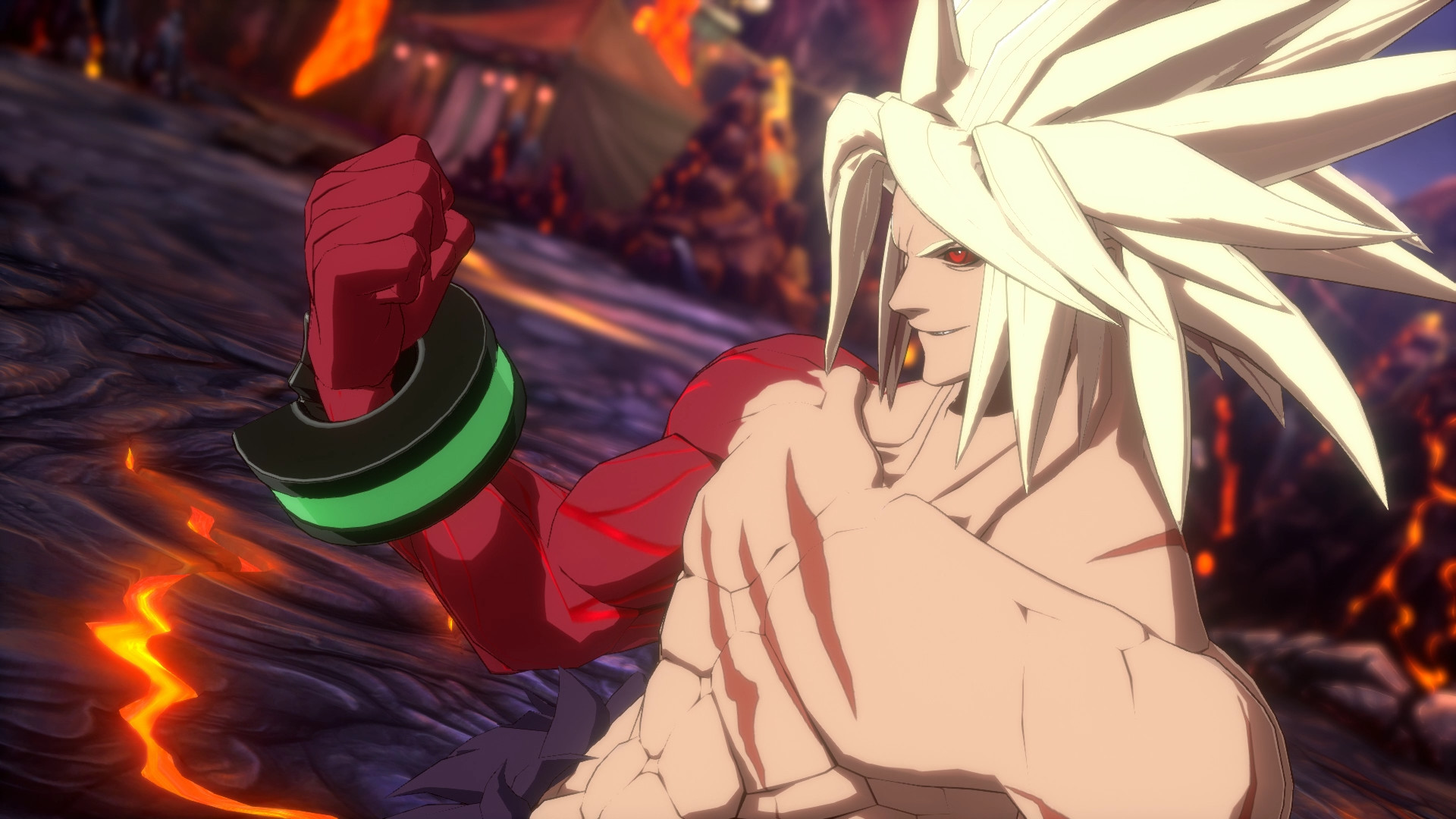 Want to easily sift through all of your Ranked Matches played thus far without much hassle? Go through the Ranked Match Record. It organizes all of them while displaying wins and win percentages for each character. You can also view overall Ranked Match History with wins and losses displayed for the last 10 matches and win rate for the last 100 matches.

Battle Records is pretty much your overall fighting career in DNF Duel broken down into different stats. What’s your Win Streak? How many Perfect KO rounds have you had? What’s your Highest Combo Damage or the Longest Win Streak that you’ve ever been on? All of this and more is detailed in the Battle Records. 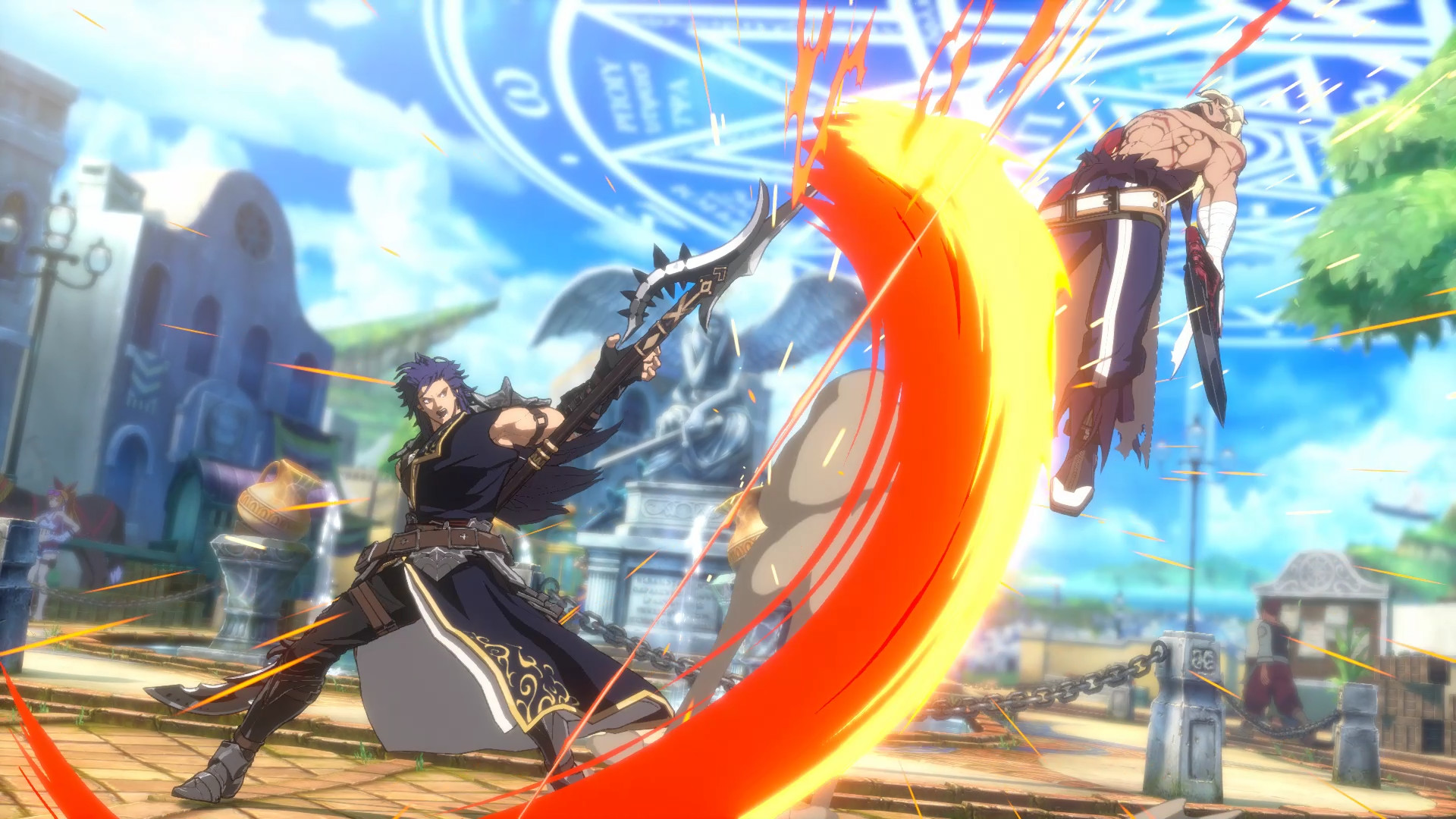 If you want to rewatch any of your previous Ranked Matches, either to pick up tips or study an opponent, there’s a Replay Viewer. Up to 100 Replays can be stored in total with the date and Version number that the match was played on listed. You can even filter out different characters, modes and display formats to search for specific matches.