Do Developers Prioritize Game Design Less Because of Focus on Visuals?

Has game design taken a back seat?

Remember how great it was to see incremental improvements in AI, level structure, and overall game design many years ago in our video games? This was in a lot of gamer’s minds during the glory days of design in video games. The early 2000’s was the dawn of many things in entertainment, and among the things were massive improvements in overall design of our video games. The industry was at a very interesting place where lots of money and resources could be dumped into games, yet creative control roamed relatively freely and unique ideas like Katamari Damacy were able to make it to the same store shelves as Metal Gear Solid. In one fell swoop you could buy Mister Mosquito, bringing home a wild variety of experiences that would all play on the same system.

Voice acting was getting better, writing quality was getting better, stories and themes on which games were based were getting more complex and provocative, and the overall experiences of playing video games was in the midst of a quantum leap with its quality and immersive nature.

Online play was also being perfected and games were leaping forward every year in almost every conceivable way. Graphics and visual fidelity were also on the rise, and have been steadily improving ever since. The graphics we are graced with today are almost nothing like they were back in the early 2000’s, with 4kK resolutions at rock solid 30-frames or more per second on the PS4 pro and Xbox One X, yet, is game design really all that much improved? Are the worlds we are looking at and enjoying the sharpness of really all that more believable from a design standpoint than they were ten or fifteen years ago? 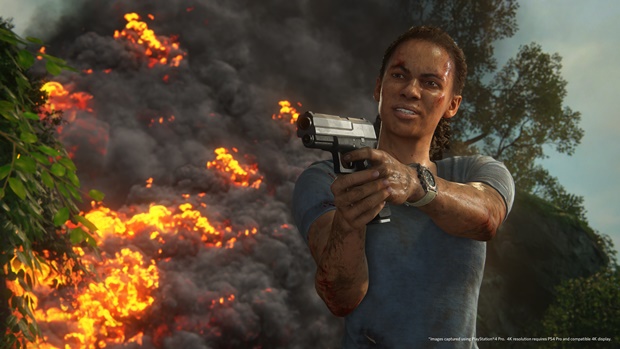 Sure, worlds are bigger and games do objectively take more of our time to complete, but it also seems like, for the last ten years or so, while graphics, fidelity, frame-rates and resolutions have steadily been climbing towards higher and higher peaks, level design has indeed stagnated in comparison. If not at a complete plateau, then it’s at least fair to say the improvements have slowed down in recent years.

It’s no secret that more and more gamers aren’t finishing their games. Perhaps, that is also due to the fact that there are just so many more options for gamers to sink their hours into now compared to long ago, but I think it’s also fair to say that boring, recycled level designs and mission objectives that barely even try to differentiate from one another anymore are also partly to blame. Shooters feel more and more like other shooters, adventure games feel more and more like other adventure games, Even survival horror games, which have seen a delightful return to popularity in the last few years, are starting to resemble each other more and more. Other genres are suffering similar fates of this unenlightened monotony.

Free to play and mobile games are perhaps most guilty of this, but all major genres are guilty from one degree or another of giving up on the idea of being successors to previous games and instead aiming for the much easier goal of just being derivatives of each other. Maybe, if we had an equal jump in the quality of design, that more closely resembled the jump from 640p to 4k that we’ve gotten over the last decade and a half, we wouldn’t have such large groups of gamers that didn’t even care to finish their 60-dollar triple-A games. Maybe, if the levels, quests, and missions we were tasked with offered more variety, and more unique experiences than they do now, we would be more collectively motivated to see them through and experience the entirety of the story that the developers wanted us to see.

Now, it is important to remember that not all games are a part of the massive mainstream game development machine that prioritizes increasing the amount of pores on Nathan Drake’s or Ellie’s face over the amount of things they can actually do. The independent game space has been largely able to take creative risks and flourish. The indy space does lack a certain amount of quality control to some degree, but as a trade off to this, that particular space has never been healthier. More and more games like Owlboy, Cuphead, and Celeste are striking a much better balance between new and old ideas.

They are learning from other games but putting real twists on tried-and-true formulas instead of just new coats of paint. The smaller experiences aren’t for everybody though, so we do ultimately need that mentality to continue to permeate into the AAA atmosphere to really make a difference in gaming overall. The good news is that this very well might be happening with the emergence of more interesting triple-A style games like the run away success Hellblade Senua’s Sacrifice and others like it starting to show up, sell well, review well, and steal the imaginations of many that would otherwise be playing something else.

The downside of this though is that true innovations and improvements in game design will probably continue to trickle in very slowly, causing many gamers to continue to sit out some of gaming’s biggest franchises. Publishers are still making record profits off of most of these recycled designs, only making the bare minimum amount of tweaks needed to make their games qualify as “new” and “better”, and until those profit margins change, the rate at which we see creative and unique game designs show up in our franchises will continue to crawl forward only as quickly as necessary.

Innovations in the indie space and the so-called double-A space will surely help, but it is difficult to determine by how much at this point. Surely several more years will have to pass before we can get a better picture of where things are headed, but, encouragingly, it does appear that while game design is improving slowly, it is indeed headed in the right direction. Gamers just need to keep asking for it.