Blending a distinct and stylish noir aesthetic with the inherent charms of the horror genre, Creazn Studios’ Dollhouse is looking like an intriguing beast. It holds the potential of something special- a focus on narrative mixed with a strong atmosphere, a combination that, if pulled off well, can lead to a pretty surreal experience. Recently, we sent across some of our questions about Dollhouse to the developers over at Creazn Studios- the following questions were answered by Sam Kerr (writer and voice actress) and Andrew Tsan (project director). 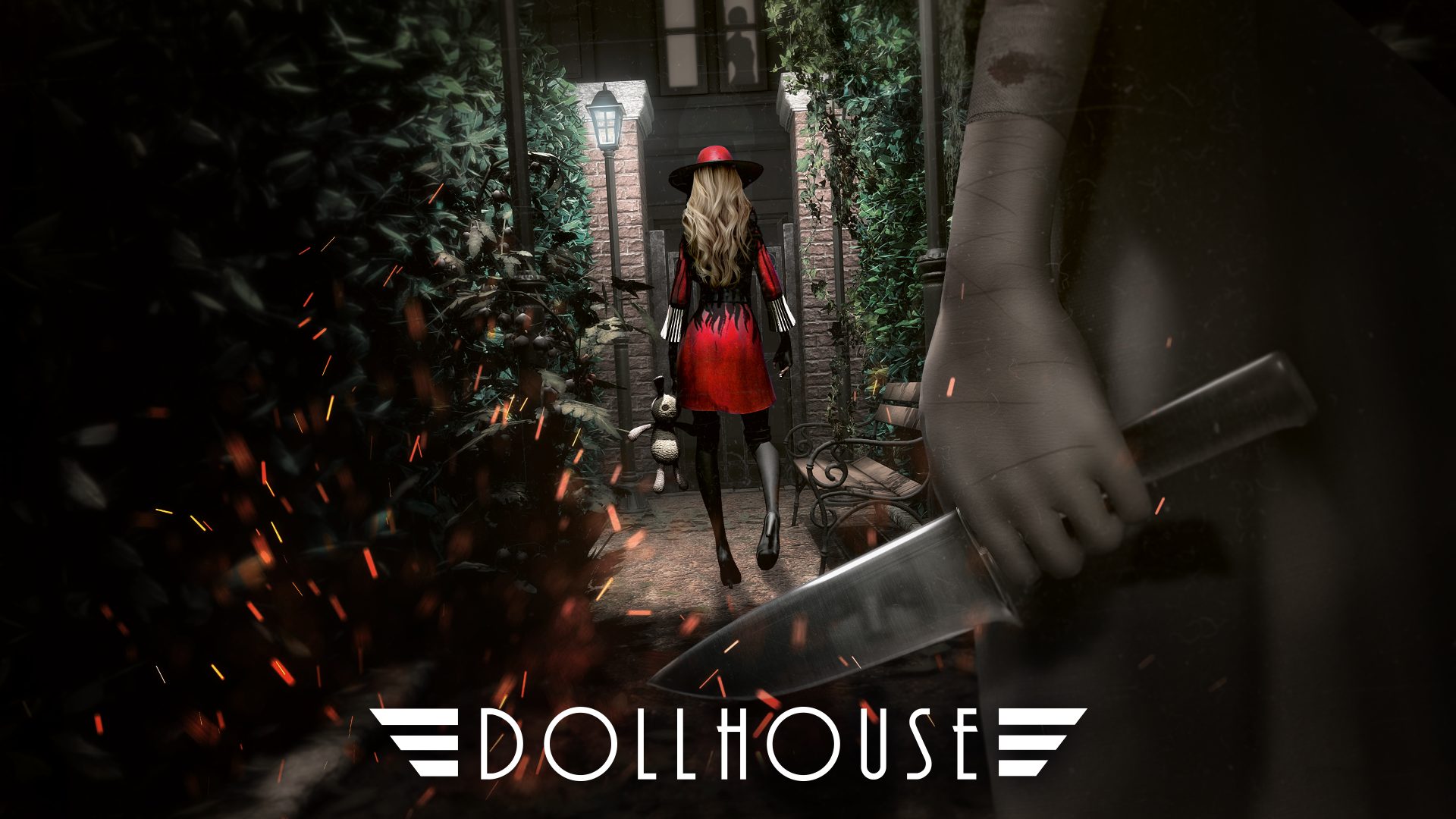 "The idea came to us when we were watching old movies, specifically Alfred Hitchcock’s Psycho. There was something eerie about films in black and white. It made the visuals feel unnatural, and since people associate noir with the past, we felt that it was a natural aesthetic evolution for the game."

What led to the idea of blending a noir aesthetic with a horror tone?

Andrew Tsan: The idea came to us when we were watching old movies, specifically Alfred Hitchcock’s Psycho. There was something eerie about films in black and white. It made the visuals feel unnatural, and since people associate noir with the past, we felt that it was a natural aesthetic evolution for the game.

Can you elaborate on how the Focus mechanic works in the game?

Andrew Tsan: There are Memories players need to collect to progress in each chapter. The Focus mechanic allows players to see through the eyes of their pursuer, and the pursuer can see the memories. Players can “ping” them, so when then return to their normal vision they can hunt for them. This puts them into dangerous situations where they are perpetually getting closer to the monster to collect these memories.

Is there any particular media you have looked to for inspiration during development?

Andrew Tsan: We looked at older horror movies and narrative cues from Stephen King stories. If players look hard enough there are a lot of Easter eggs with hints of where we take inspiration from.

Sam Kerr: For me it was not exactly a media, but I drew inspiration from social issues of past decades. We have a mostly female cast, so I wanted to highlight the struggle of women in the past. Alcoholism, infidelity, and abuse weren’t discussed and often swept under the rug. In Dollhouse we exposed the dark side of this aspiration for a picture-perfect family. I wrote characters who were struggling with their identity in that era, just as Marie struggles with her amnesia in Dollhouse.

How much can the players expect the campaign’s story to branch out depending on their choices?

Sam Kerr: Discovering lost memories and journals influences the story that players uncover. It’s up to players to choose what they believe. Without giving too much away, I’ll share that decisions and interactions with memories change who they become as the game progresses. Dollhouse does not have a predetermined ending.

Andrew Tsan: Each narrative can be treated as a retelling of one another, where the sequences play out differently depending on which campaign they choose to start. We cannot go into further details beyond this to avoid spoilers. 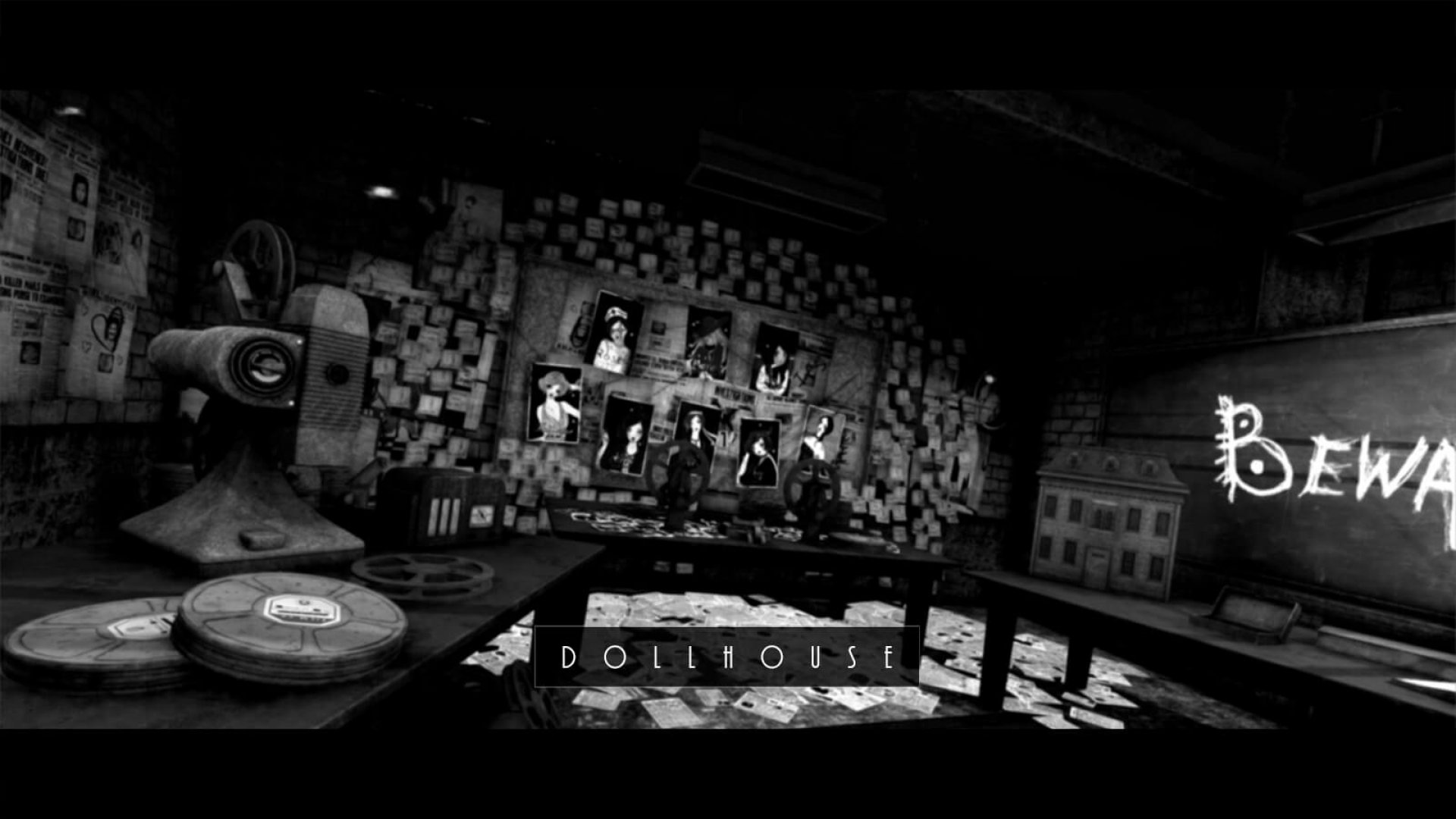 "Each narrative can be treated as a retelling of one another, where the sequences play out differently depending on which campaign they choose to start."

The idea of piecing together memories is an interesting one, especially from a narrative viewpoint, but is it something that will factor into the gameplay as a mechanic as well?

Sam Kerr: Memories factor into several gameplay mechanics. One of the coolest features that I enjoyed working on was collecting fragments of journals. There’s a feature where the player pieces together these stories, with a small catch. There comes a point where players need to decide for themselves what they believe is true, and it can become quite conflicting.

Andrew Tsan: Yes, this is a core gameplay mechanic that is integral to the game’s narrative structure. It isn’t a throwaway thing.

On the multiplayer side of things, the concept of each player having having a specific target assigned while someone else hunts you down is a very interesting one. Can you go into a little bit of detail on how exactly that will work?

Andrew Tsan: Sure! There cannot be any duplicate characters by default except for ‘one’ to make finding their targets easier. Players are given their target at the beginning of each round. They have a short period of time to find their target, kill them, and take their memories. This creates an interesting ‘cat & mouse’ style of gameplay. Players can risk trying to hunt down their target if they have a decent amount of memories on them, or they need to spend this time running around and using focus to collect memories.

How will the multiple playable characters in the multiplayer component differ from each other?

Andrew Tsan: Each character has their own unique Abilities, Passives, and Inventory Size. This is coupled with thousands of possible loadouts players can create with 40+ unlockable skills.

How does character progression work with regards to the unlockable abilities and passives?

Andrew Tsan: In multiplayer, players unlock XP while playing the game, and can earn more depending on how well they did in the match. Players use XP to unlock tokens, which are currency used to purchase more skills.

Why did you choose to go with procedurally generated maps for the game?

Sam Kerr: Replay value is one reason, but chaos was just as important. Feeling familiar with your surroundings creates a certain level of comfort, and Marie is truly lost in the world of Dollhouse. If she can’t remember where she is, the player shouldn’t either. 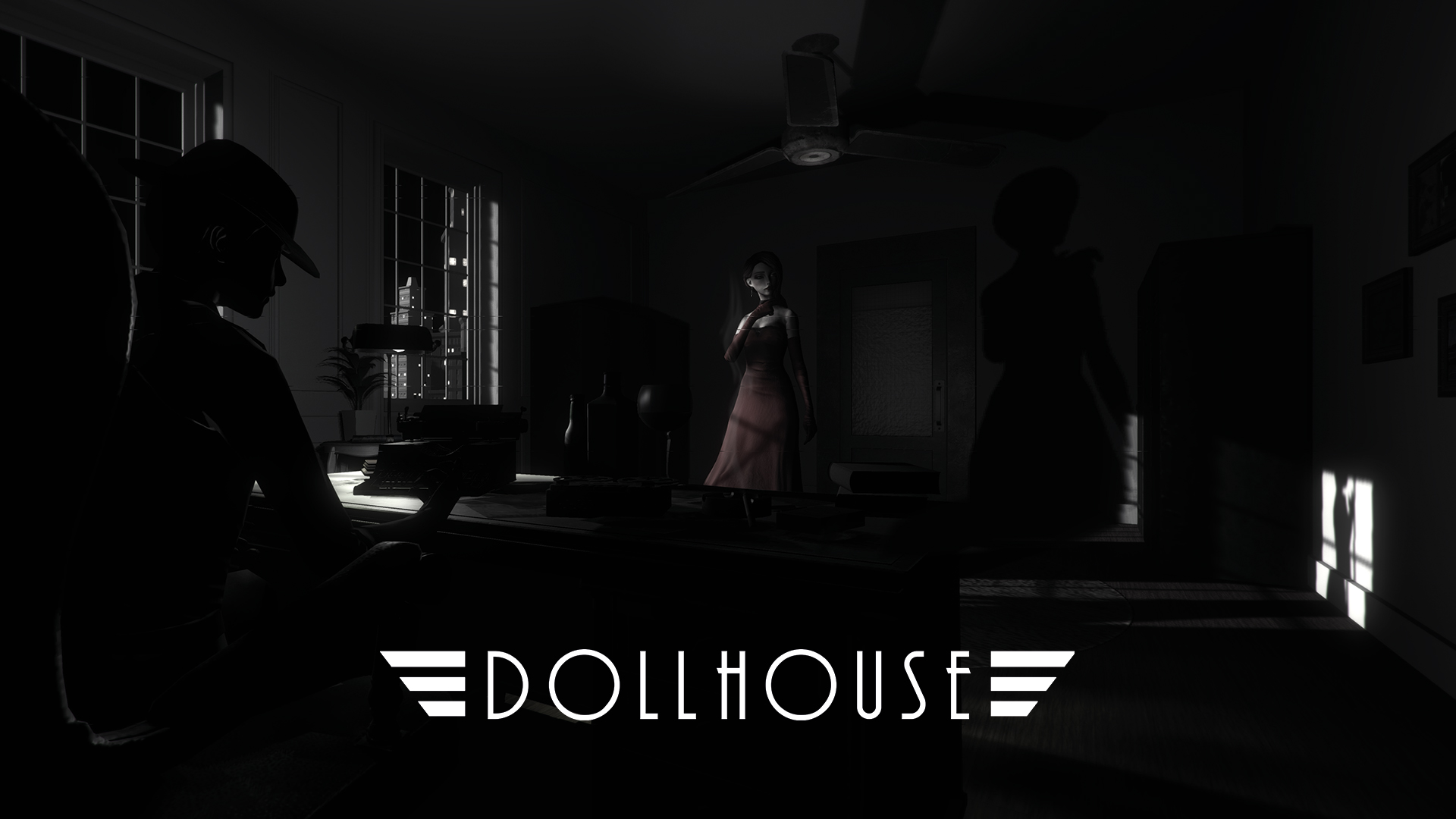 "Feeling familiar with your surroundings creates a certain level of comfort, and Marie is truly lost in the world of Dollhouse. If she can’t remember where she is, the player shouldn’t either."

Is there a reason why this game is a console exclusive to the PS4?

Andrew Tsan: We didn’t have the resources to develop for Xbox, but we will not rule out porting in the future.

What resolution and frame rate is the game running on the PS4 Pro and base PS4?

Andrew Tsan: Streaming will definitely become standard. We will also potentially see a rise in VR games that are more precise and immersive.

What is your take on Sony’s reluctant policy on cross-play with Xbox and Switch?

Andrew Tsan: As a fellow gamer, I do want players to play with others instead of being segregated by individual platforms and their restrictions. However, we still need to respect the policies in play and just hope it gets less restrictive moving forward to the next gen.

Sam Kerr: Honestly, I would love to see that happen. It’s up to gamers to voice what they want.

Andrew Tsan: I sure hope so, I think we’ve all been there, where we wanted to buy multiple copies of the same game to play with different friends. Let’s hope that you only need to own one copy going forward.

Andrew Tsan: I feel like it really depends on the type of game and what the micro transactions are. If it’s a games as a service model, I don’t think it’s bad as a form of continuing support for the game as long as its not a pay to win model. As for loot boxes, I don’t think it’s healthy for anyone as it brings out the worst habits in people, especially the younger gamers.

Sam Kerr: Personally, I don’t purchase loot boxes or make micro transactions, even though I play games that offer them. It’s a steep slope and having gambling-like features with real-world prices available to kids is a strange thing. In a controlled setting they could be beneficial to developers and extend the life of a game, but I think we need more regulation. Game developers work hard to keep interest in their games and using behavioural-psychology to their advantage isn’t unheard of. 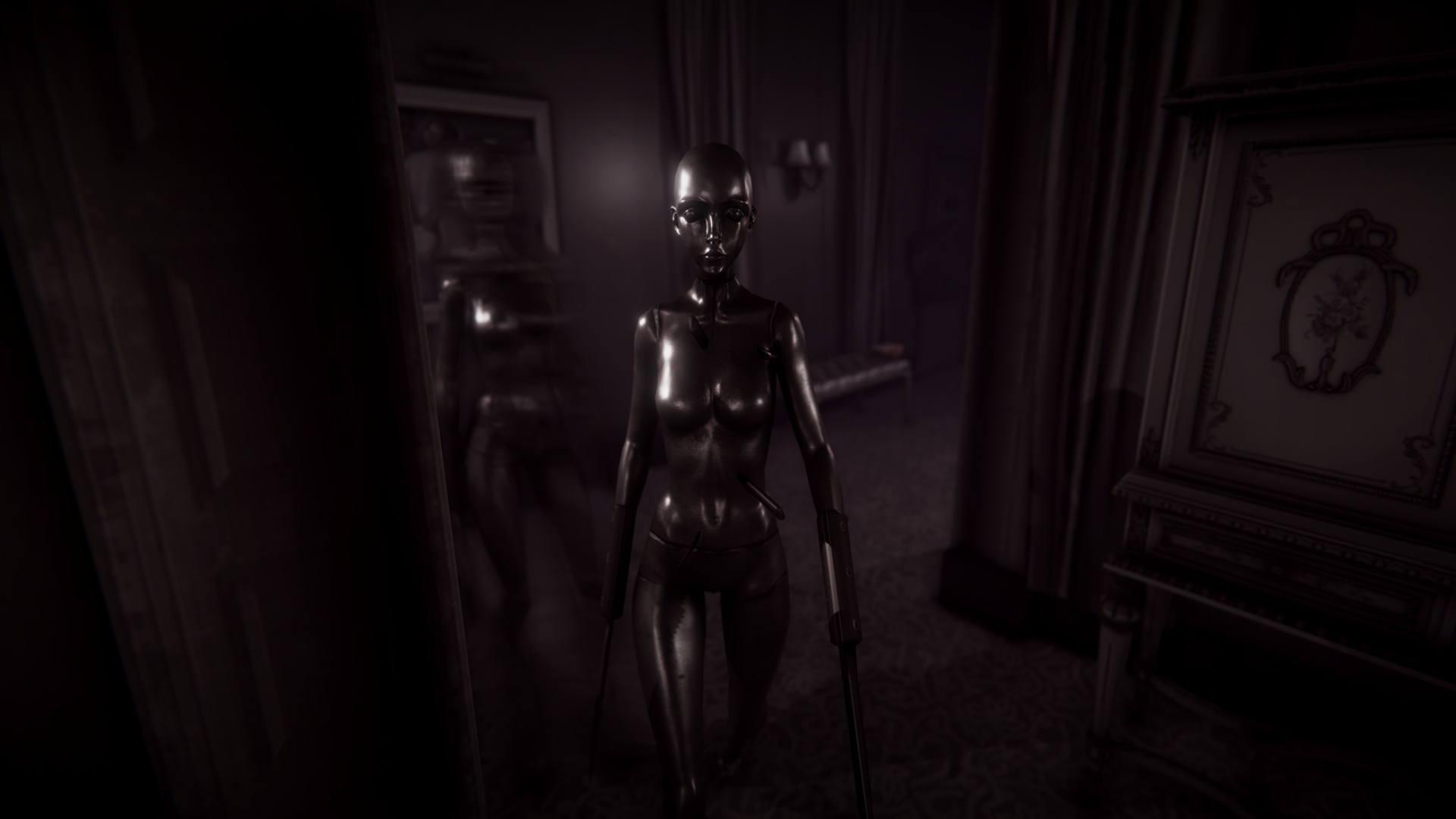 "We didn’t have the resources to develop for Xbox, but we will not rule out porting in the future."

What is your position regarding the ongoing platform-war between Steam and Epic Games?

Andrew Tsan: I don’t think it’s healthy to segregate what once was a unified community. I hope both these platforms reach a healthy resolution as tensions seem to be heating up instead of dying down.

Andrew Tsan: Not at this time.

Do you think Google’s Stadia has a future especially given the infrastructural issues?

Andrew Tsan: There are a lot of potential issues for sure, having the infrastructure is the most notable one. However, I feel like it’s a step in the right direction.

Andrew Tsan: The specs seem to be fine, however my question to this is similar to what a lot of people’s thoughts as well. What is the price point?

Andrew Tsan: Based on what the internet tells me, yes it will be.