Sorry Mad Max diehards, the Gibson’s are sitting this one out. 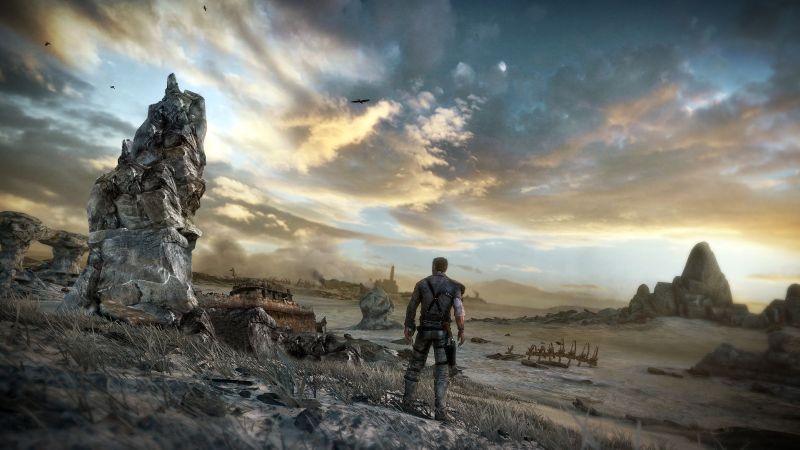 According to Avalanche Studies, the developers behind the long awaited Mad Max video game, Donal Gibson (Brother of Mel Gibson) will not be voicing the character of Mad Max in the upcoming games. Diehard Mad Max fans got their hopes up, as Donal and director friend, Jamie Blanks (Urban Legend) released a demo of himself last week in an attempt to get the attention of the head honchos over at Avalanche.

Unfortunately, it seems the duo were a bit too late with their video. In an interview with AusGamers, the Blanks said:

“We understand that Avalanche Studios would like to take a different route with the project. We wish them all the best, and every success with the Mad Max videogame. We want to take this opportunity to thank the gaming community, and most especially the many fans worldwide, for their positive reaction to the voice demo and for all of their generous support. We’d like to add that we are both looking forward to our new projects in the future. Many Thanks!”

While there is no word on whether or not the new Max will remain true to his aussie roots, diehard fans of the series can’t imagine he wouldn’t be.

“As an Aussie film director and die hard Mad Max fan, I felt compelled to put Donal out there as a candidate for the role,” Jamie added. “After learning of the campaign to ensure Max retained his Aussie accent, I immediately thought of my friend, and the amazing contribution he could make to the franchise and the character. I believe it truly would have been perfect casting on so many levels. To my ears, he was the authentic Road Warrior — and he totally nailed the delivery of the short script we conceived.

After seeing the responses of so many Mad Max fans to his voice demo, it would appear that many people felt likewise. I was really looking forward to playing the game and hearing that authentic Gibson voice while unleashing vehicular mayhem and taking out the scum of the wasteland. It would have provided the link with the beloved films we Mad Max fans have treasured for years,” Jamie concluded. “I want to personally thank Stephen Farrelly and AusGamers for all their work and passion to preserve the authenticity of the virtual Mad Max.”

How do you feel about a Mad Max game, and Gibson’s lack of presence in it?