Sony seems to be banking on its top men to lead the charge in to the next generation.

On one hand, worrying about all the recent leadership changes occurring across Sony over the last few months makes sense. We had Kodera step down and be replaced by long time PlayStation Europe veteran Jim Ryan, we had Shawn Layden leave, we had Gio Corsi exit the stage, and in the latest of what appears to be a never ending parade of corporate reshuffling, long time Sony Worldwide Studios head Shuhei Yoshida stepped down yesterday, with Hermen Hulst, the co-founder of Horizon: Zero Dawn developer Guerrilla Games, replacing him (Yoshida, meanwhile, is now going to nurture relationships with smaller indie studios, which seems to be an analog to Corsi’s role).

A single organization getting that many personnel changes at any time can feel like a cause for worry; at the cusp of a new generation, it can feel downright alarming, at least to external observers who are not privy to internal reasoning (and are subject, instead, to reports and rumors of internal strife at the company). So, you know, sure, I can get the doom and gloom people might have about what’s going on at Sony. The PS5 is just a year away, and with few exceptions, it feels like the people who made the PS4 such a huge success aren’t going to be helping launch it. Time to sound the alarms? 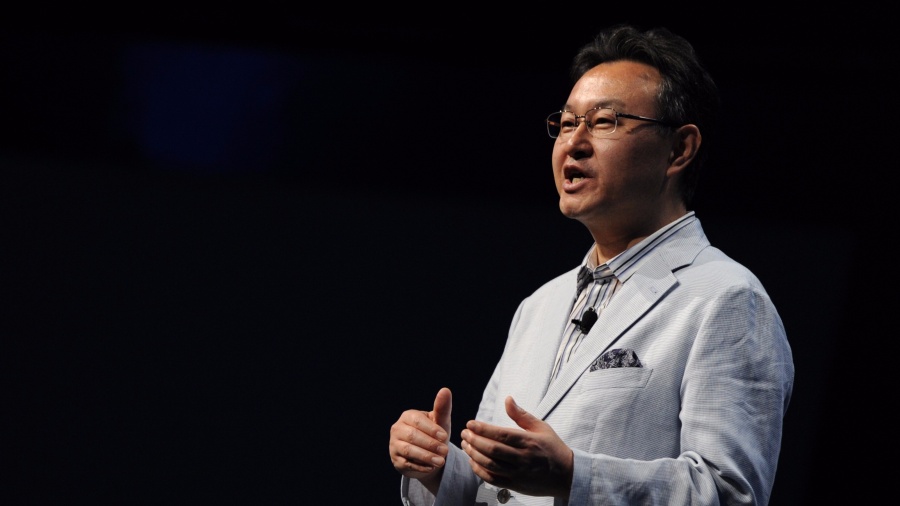 If you want to do that, go ahead. As I have said, that is a legitimate response to these developments. However, for what it’s worth, I’m not sure this is necessarily a cause for panic. At the very least, for PlayStation fans who are primarily concerned about games, this last round of corporate reshuffling in particular should really not be sounding any alarms.

It would not be inaccurate to say that the long term abiding success of the PlayStation brand has ultimately come down to the by now practically guaranteed catalogue of excellent games each new PlayStation console gets. This basically can be broken down into three large categories in the modern context: big AAA third party titles, smaller scale indie games, and of course, Sony’s own incredible first party portfolio.

From where we are currently standing, it doesn’t seem like those three areas are likely to see any negative disruption in the slightest. Multiple reports have made it clear that Sony’s focus going into next generation is squarely on securing those large scale third party content deals—so much so that there was even initial push back towards the news from onlookers who were concerned that this might mean a relative neglect of smaller scale indie titles instead. But putting no less than Shuhei Yoshida, the man who stewarded the meteoric rise of Sony’s first party, in charge of Sony’s indie relations seems to suggest the exact opposite, it seems to suggest that not only is Sony taking this area very seriously, but that they want no less than their best man on it.

Under Yoshida, we have seen Demon’s Souls, Bloodborne, The Last of Us, Horizon: Zero Dawn, Death Stranding, and Spider-Man, among other titles. It is clear the man has a knack (heh) for knowing a good game when he sees it, and he has his finger on the pulse of the player’s desires, knowing exactly what kind of game to back. Having Yoshida, then, be the person leading Sony’s indie relations is a huge deal, because he could back and promote future indie hits, making sure that PlayStation players have access to the best of the best in this area.

Which, then, brings me to the last board category I highlighted above: first party games. Sony’s studios, of course, are currently on top of the world, with Naughty Dog, Sony Santa Monica, Sony Bend, Sony Japan, Insomniac, Polyphony Digital, and Guerrilla Games all having put out some of the best received titles in their history over the last few years. In the immediate here and now, even the most determined console warrior would probably struggle to construct as meaningful argument as to why we should be worried about Sony’s first party output.

But what about the longer term? Should we be worried about Yoshida not leading Sony’s first party initiatives any more? Should we be? Well, I mean, sure, if that’s the reaction you want to go with, go for it, I’m not going to tell you how you should feel about things. But me, personally? I find myself excited with this change too. It’s too early to say whether or not Hulst is going to be able to fit into Yoshida’s shoes, but his track record is promising—to be clear, as head of Guerrilla, he was the person who was willing to back an all new IP with a woman in lead in an entirely new, resource intensive and highly competitive genre when the easier thing would have just been to stick to making Killzone games, or at the very least, just more shooters. He was willing to take a risk—and that is an admirable quality, because Sony’s daring attitude towards game development is the reason they have such an enviable roster of studios, franchises, and games right now.

If this is the attitude he will bring to Sony’s first party efforts as a whole, then sign me the heck up. I am extremely excited for the next Horizon, yes, but what always excites me about Sony is that they are willing to try new stuff, make the kinds of games other companies in the industry simply will not. Look at Death Stranding—what other company would have backed that?

Sony’s willingness to try new things can often backfire, and we end up with things like The Order 1886. But at other times, we end up with The Last of Us or Horizon: Zero Dawn, and to me, the possibility of the latter is enough to be willing to put up with a chance that we might get the former occasionally. Under Hulst, I truly believe Sony’s first party will continue its golden run.

Of course, you don’t have to agree. As I have said multiple times through this piece, if you want to panic, go ahead and panic. Your response is every bit as reasonable or valid as my optimism. But a few years from now, I get the feeling we will look back on this, and I will end up being on the right side of history.

If you’re a fan of games, not brands, then you will agree with me on that.