The Remember Me developer has quite a lot going on at the moment. 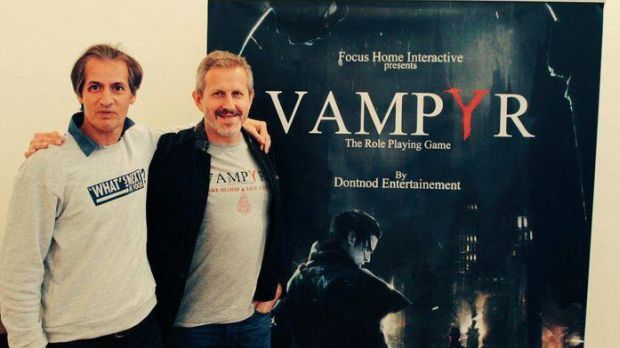 Dontnod Entertainment, better known for Remember Me and the upcoming episodic interactive drama Life is Strange, has another title in the works called Vampyr. Set in World War I, players will play as a doctor who is bitten by a Spanish Flu patient and finds himself turned into a vampire.

The game was revealed at a recent event (attended by The Sixth Axis) and will apparently see the protagonist making plenty of morally grey decisions. You’ll either help or harm those you come into contact with – beyond that, there isn’t much known about Vampyr.

It will be published by Focus Home Interactive though (which tweeted out an image for the game) and it seems that Dontnod has two teams currently, one working on Life is Strange and the other on Vampyr. There’s no release date since it’s very early on in development but more information should be forthcoming in the next few weeks.

What are your thoughts on Vampyr? Let us know below.