Doom 3 BFG is the full collection to one of longest running FPS series.

Doom 3 BFG was recently released to Seam. If you’ve been under a rock that didn’t have a computer, or you’re as old as my dad, you most likely have played some form of Doom. There have been 3 main games to the franchise dating all the way back to 1993 which is right around the time I had to buy my own computer because my dad didn’t want games on his PC. 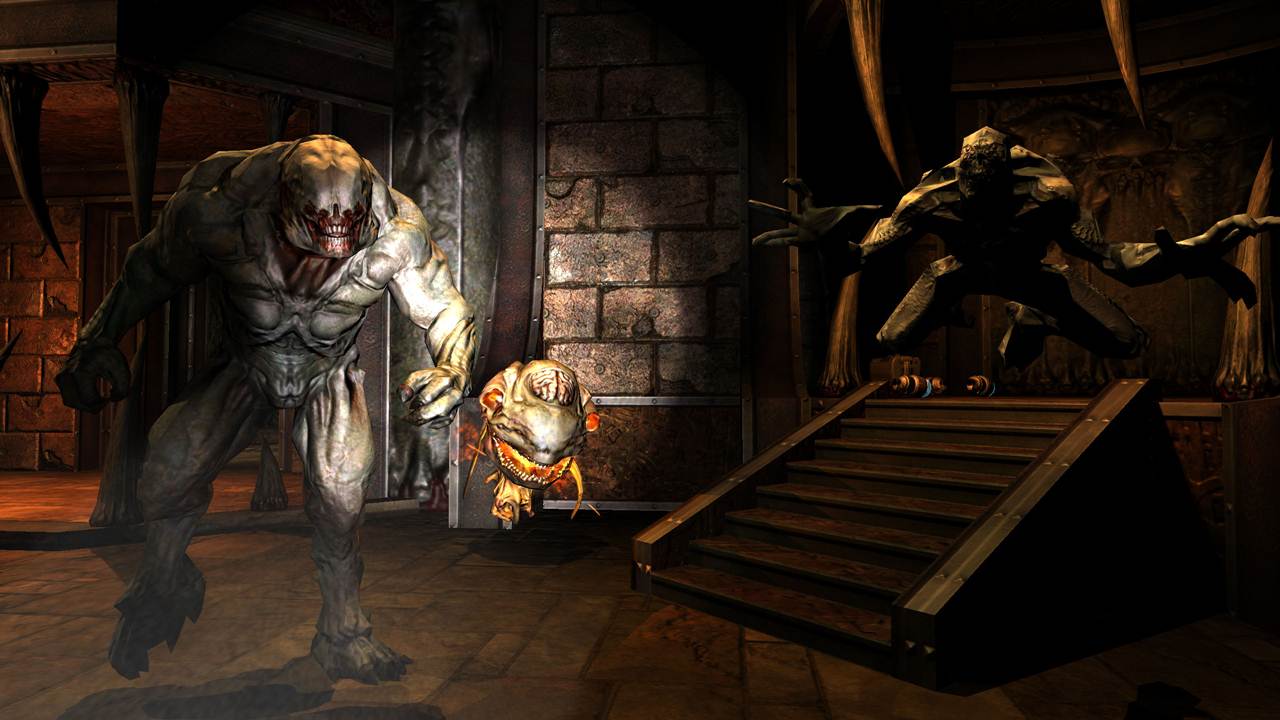 The BFG edition is the definitive collection of the entire Doom series. You get Doom, Doom 2 and Doom 3 , as well as Doom 2’s Hell on Earth, an expansion recently also released on Xbox. Doom 3 comes with the main campaign, the Lost Levels which were edited out of the original release, and the add on, The Resurrection of Evil.

All games have been cleaned up and up rezzed for today’s computers, 3d t.v.’s and head mounted sets. Lighting has also been cleaned up in Doom 3, and although the game is suppose to be dark and scary, it’s easier to see NPC’s in cut scenes and ones who just want to talk to you.

Although the games have been cleaned up, it most likely won’t be noticed. For the most part each Doom looks near identical to when they were first release. This means that for the most part Doom 3 now looks pretty dated. Cut scene characters still have blocky, low polygon edges, and wouldn’t pass today’s current gen standards. But that’s okay. Each Doom really feels like a time capsule now, and really reminds us gamers how FPS’s have evolved since our dad’s forced us to buy our own computers.

I did not notice any changes to Doom and Doom 2, but I found some play mechanic changes to Doom 3. The biggest comes down to the flashlight. If you played Doom 3, you know how frustrating it was to have to turn off the flashlight every time you used a gun. It was realistic since you can’t really point a flashlight and shoot a two handed weapon at the same time, but considering we’ve already suspended our disbelief of Hell on Mars, a simple flashlight shouldn’t slow us down. But man did it ever. I will say that when you had to turn the flashlight off and lost sight of your enemy, it was pretty scary. Having the shotgun light up the room again was pretty dynamic looking.

Now your flashlight is attached to you weapon, so there’s no more switching and losing sight of your enemies. This makes the game a lot easier to play, but truthfully, it kind of takes away some of the heightened experience. It’s like when people complained that Space Mountain was too dark, and so DisneyWorld turned the lights up. You change the atmosphere, you sometimes lose that immersion. I also found it annoying that I could only play one version of Doom 3 at a time. If I played the original campaign, and then wanted to try out the Lost Missions, I was forced to lose my save points on the other game.

One of the main reasons for the recent release comes from a Kickstarter project named Oculus Rift. The Oculus Rift is a new head tracking system that has been getting a good following by the gaming community, and is now being endorsed by major studios. When Doom was demoed on the Oculus Rift, the project went from a good idea to a solid solution to head tracking. And there’s nothing wrong with one project piggy backing off an older game. After all Doom is the perfect benchmarker.

I have to be honest, I wasn’t completely sold on Doom 3 when it first came out in 2004. In fact if it weren’t for the fact that I had to buy my own computer and then stayed home from school to play Doom all day, I probably would not have bought Doom 3 when it hit the bargain bin. But all three games offer a good story. If you don’t care for a story in you FPS carnage, Doom is a great benchmarking tool. I bought Doom 3 for that very purpose and use it every time I upgrade my system. Outside of my computer, almost every device now has a version of Doom. My phone has a version of Doom and my tablet has a version of Doom, so I’m not alone in using them for benchmarking. This is the perfect reason why any good Kickstarting project would use Doom. 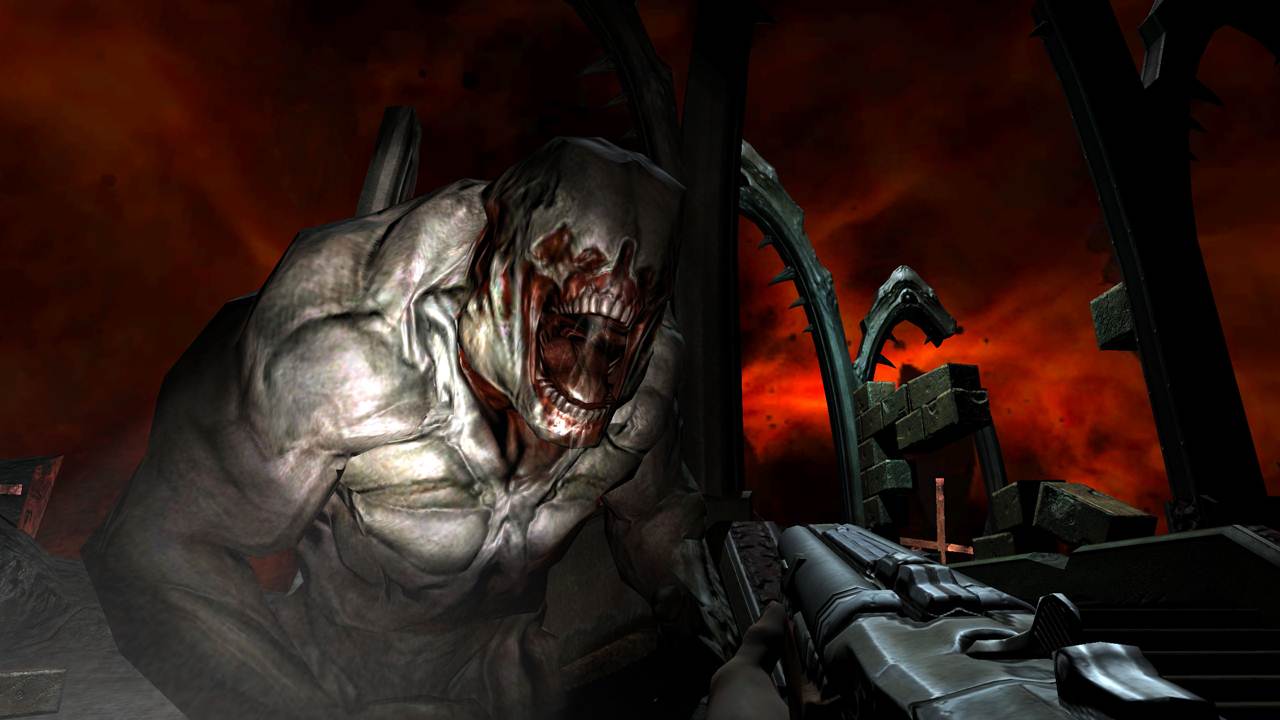 The only draw back to Doom 3 BFG is that if you happen to be a die hard fan, you are not really getting anything new here. The improved graphics and better flashlight aren’t a big enough change to warrant a buy. But with the 3d enhancements, the multiplayer options through Steam, and to have the entire collection under one roof makes it a justifiable buy. It could also be a perfect gift for dads who don’t want a lot of games on their precious, outdated computer that probably couldn’t have run Doom in the first place. I’m not bitter.

Solid collection of all things Doom

Final Verdict:
SUPERB
Doom 3 BFG is the full collection to one of longest running FPS series.
A copy of this game was provided by Developer/Publisher/Distributor/PR Agency for review purposes. Click here to know more about our Reviews Policy.