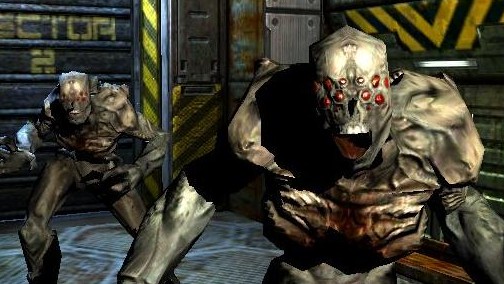 id Software’s creative director Tim Willits has mentioned that they won’t release a lot of information about Doom 4 because they want to keep most of it as a secret and will slowly release it when they see fit. Valve’s working on Half-Life 3 but just like they don’t want to reveal it until it’s ready, id wants to do the same.

They made mistakes with Rage regarding marketing and want to rectify it with Doom 4.

“One thing we did learn with Rage, one of the thing that changed was going from no publisher to working with EA to working with Bethesda, we learned that we showed stuff too damn early,” he said.

“I’ve said in some talks I was so worried that people would not understand the vehicle-based combat so I talked about it first. We knew we were doing first-person, we’re id! Of course we’re doing first-person! But [the early talk of vehicles] skewed everyone’s ideas so much we had to play catch up.”

“You know, everyone knows that Valve is working on Half-Life 3, and I think it’s fine. It will be cool when people see it, and they’ll be excited,” he added.