Retail releases planned for both on Mac and PC in 2014. 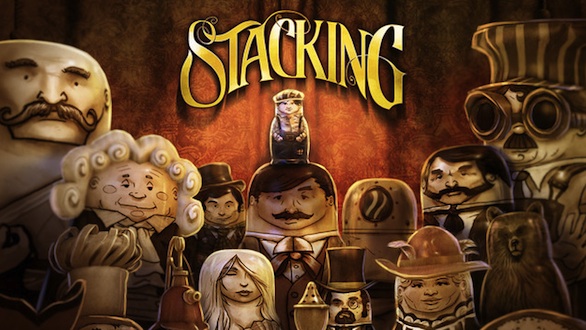 After both IPs were auctioned off by THQ following the publisher’s bankruptcy earlier this year to Nordic Games, the rights to Costume Quest and Stacking have finally returned to original creator Double Fine Productions.

Double Fine president and CEO Tim Schafer stated, “I am pleased that we have regained full control over Costume Quest and Stacking, following a daring and top-secret midnight raid on the Nordic Games headquarters in Vienna,” said .

Business development VP Justin Bailey stated that, “Double Fine is dedicated to controlling its own IP, and we will continue working to bring all associated rights back in-house whenever possible, no matter how many split-second security system hacks or painstaking tunneling operations we have to execute.”

Lars Wingefors, owner and CEO of Nordic Games, added that, “We can’t wait to partner with Double Fine for this upcoming retail launch of three of its most excellent games. However, I feel compelled to point out that we were happy to transfer distribution rights for Costume Quest and Stacking back to Double Fine in an entirely non-secretive and heist-free manner.”

The Broken Age developer has also revealed that it will be partnering with Nordic Games to bring out retail releases for Costume Quest, Psychonauts and Stacking for Mac and PC in 2014.