Bioware have been rather prolific as of late, with multiple current gen titles that have dominated the critical and commercial fields of our industry. Mass Effect is the big one, a series that can do no wrong following its hyper successful second instalment. With so many people grovelling at ME’s feet consistently, the Dragon Age series has been sidelined somewhat. I’m sure there are arguments that this is a justified response after the hit and miss Dragon Age 2, but there was a lot of good in Dragon Age: Origins that we can only hope Bioware will improve upon and utilize in an epic third title in the series.

Something I’ve always felt capped the potential of Dragon Age is the series’ collective production values. No matter your preference it is easy to see that Mass Effect is just a bit more polished and refined than its dark fantasy themed cousin. This is a shame really as, sacrilegious as this comment may seem, I’ve always preferred Dragon Age to Mass Effect. There seems to be only a moderate minority who prefer fantasy to sci-fi, but that doesn’t mean that the sci-fi themed titles should completely eclipse their fantasy brethren in terms of cash. Dragon Age has always had more glitches and worse graphics than Mass Effect, solely because it hasn’t had as much time and money devoted to it. This shouldn’t be the case with Dragon Age 3, as it is a franchise that will have more to offer if more care is taken with its development. 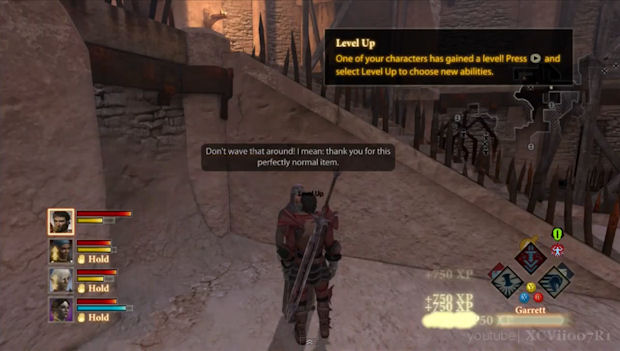 This idea of a potentially underfunded or rushed development is also shown through the comparison between Dragon Age: Origins and Dragon Age 2. Origins had its issues here and there, but it was a labour of love that spent many years in development. DA2 on the other hand was clearly a rushed affair, taking little over a year to code with the appropriate lack of polish and content being present. I’m being a little harsh on DA2 here as, despite the truths behind these statements, it was still a fairly enjoyable title. That isn’t quite good enough though as, with some more effort put in, Dragon Age 3 could be on the of the best RPGs ever made.

Indeed, Dragon Age 2 does epitomise a lot of what I dislike about the gaming industry. I understand developers and publishers want to use the most popular ideas in order to increase their chances of turning a profit on their huge investments, but it leads to some serious copying and a liberal borrowing of ideas from other titles that often don’t fit. Remember when, following the new rechargeable health system being coined by Halo, nearly every major FPS from then on did away with health packs and meters? I feel a similar turn has happened in Bioware’s RPGs with Mass Effect’s dialogue system poking its head up where it just doesn’t belong. 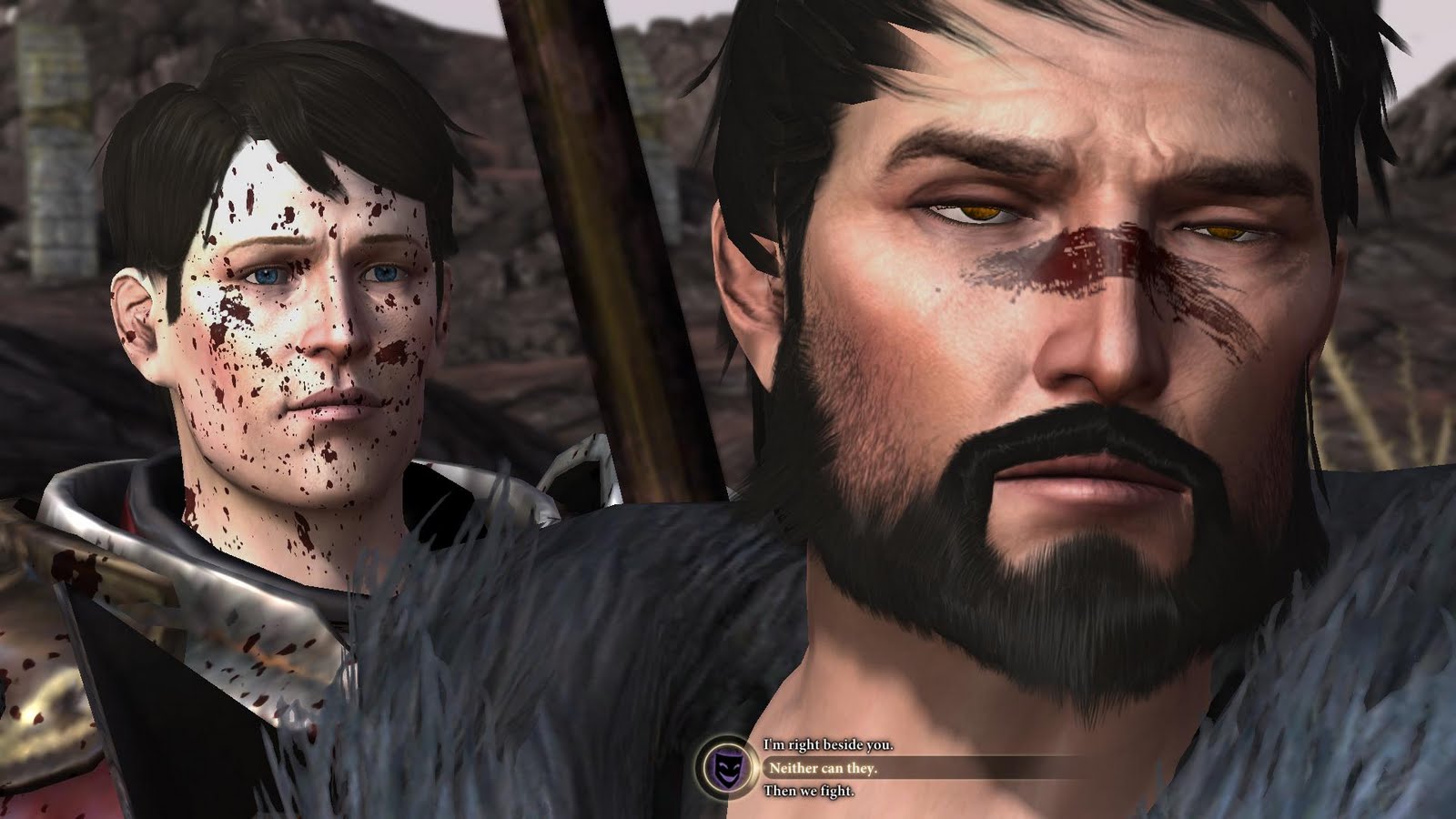 A dialogue wheel? Gee, I wonder where that idea came from...

Don’t get me wrong. The system works damn well in Mass Effect. It’s intuitive and allows for dialogue to be exchanged between player and NPC swiftly, a boon for a game that is often as snappy as Mass Effect. Its presence in Dragon Age 2 felt rather unwelcome however, almost like it was just shoe-horned in out of ease. The original Dragon Age was captivating with the complex moral decisions it tasked the player with making and its ability to offer feedback without judging the player based on an objective morality. This was entirely ruined when you bring in the circular dialogue mechanics of ME, as you just start holding up and right on the analogue stick in every conversation because you know it’s the “good” dialogue option. This needs to stop. Yes, Mass Effect is an incredible game but Dragon Age: Origins was impressive in how it did its own thing. Not all games by Bioware need to be Mass Effect. Let’s hope that Bioware have the sense to make the next DA game Dragon Age 3 and not Mass Effect 3.5: The fantasy version.

Another key difference between the two games was that of location; an issue that Dragon Age 3 will need to address. Whereas Origins saw you jump across various areas within its vast map as you carried on with your quest, DA2 was set in and around the singular city of Kirkwall. Whether this was out of laziness or a conscious design choice is ambiguous, but it had pros as well as cons. Whilst it certainly led to repetitive textures and level design, it did give a neat structure and cohesion to the game that Origins lacked. The first game certainly had more content with its large world map though. I have faith that Bioware will find an effective way to marry up the two seemingly opposed map structures and make Dragon Age 3 all kinds of awesome. 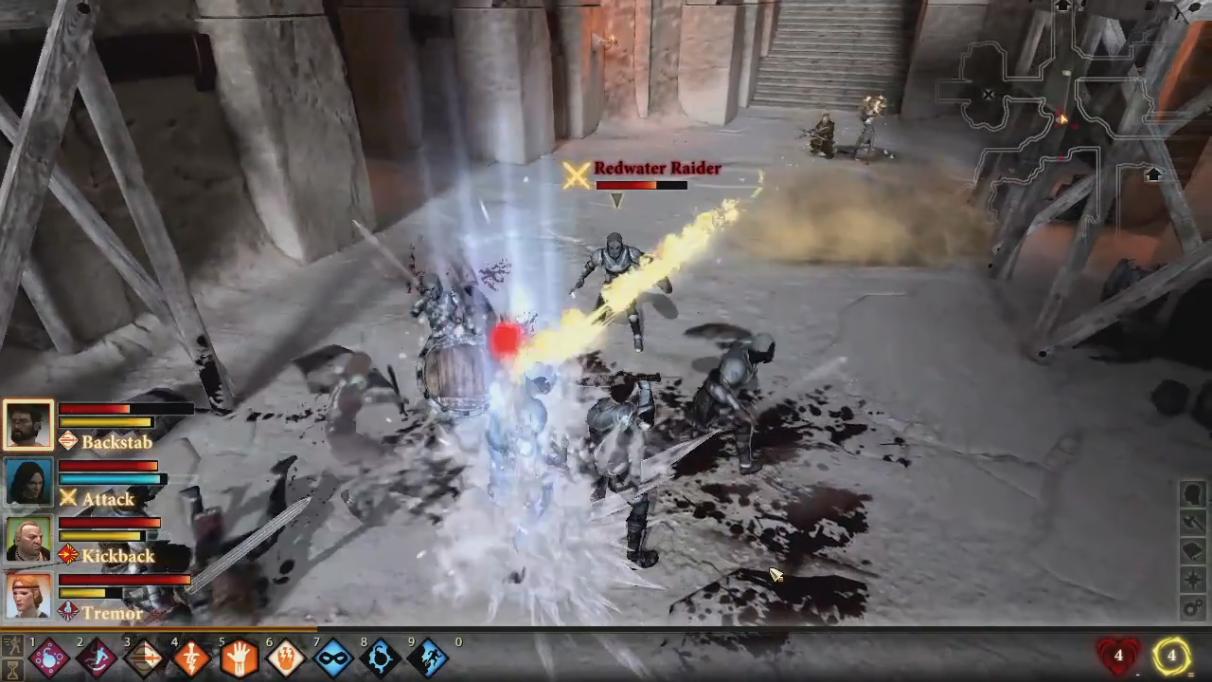 I'll yield. The combat in Dragon Age 2 was actually an improvement

For all the hating I’ve doing on Dragon Age 2, there was some good that came out of it. Being the conservative RPG prude that I am, I was initially horrified by the changes that were made to the game’s combat. “I can’t think up strategies whilst mashing the A button to attack!” I yelled in mock despair. Despite my initial frustration at the idea, it does actually work quite well and makes you feel properly invested in the combat. That was a good move Bioware. Basically, throw the new combat system into Dragon Age: Origins and we’ll be happy.

Despite my hopes for the future of the Dragon Age series, I have the horrible feeling that future DA games will entirely depend upon Mass Effect. If ME3 carries on what started in Mass Effect 2 and streamlines and removes even more of the game’s RPG elements, I get the notion that Dragon Age 3 will follow suit. Maybe Bioware will just give up on RPGs altogether and just make very well scripted FPS titles. After all, it’s not like we don’t have enough of those already… Still one can hope that Dragon Age 3 will rise from the embers like a phoenix and will breath new life into the western RPG. If not, I guess there’s always Skyrim to look forward to.