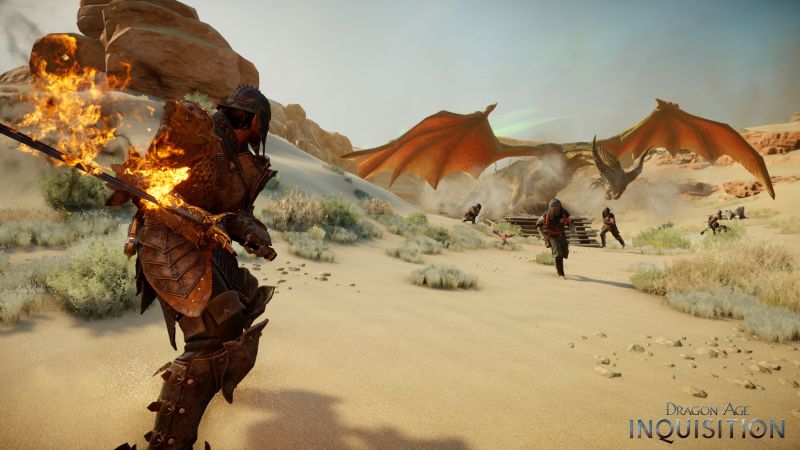 A lot of people are waiting for news on Dragon Age 4. While Anthem is due out in a couple of months, it’s a multiplayer shared world game, which is unlike the story and character oriented RPGs that BioWare is traditionally known for. It makes sense that Dragon Age players, who have been waiting for a new entry since Dragon Age Inquisition came out in 2014, are antsy for news on a new entry in the franchise.

Well, it could be coming next month. In a blog update about BioWare’s affairs posted by Casey Hudson, a new update for the Dragon Age franchise was teased to be coming in December. “If you’ve been following these blogs, or myself and Mark Darrah on Twitter, you know we’re also working on some secret Dragon Age stuff,” Hudson wrote. “Dragon Age is an incredibly important franchise in our studio, and we’re excited to continue its legacy.  Look for more on this in the coming month (though I won’t tell you where to look…)”

This could be referring either to a Dragon Age 4 announcement, or, given that the wording specifies “continuing Dragon Age’s legacy”, could also well mean a remaster of Origins (which I honestly would prefer over a new game at this point).

Whatever it is, I would assume that an announcement for this could be made at The Game Awards, given that we know more than ten new game announcements are scheduled for the event (and Mass Effect 3 itself was originally announced at the VGAs, so it wouldn’t be totally out of the question for BioWare). Let’s hope that it is great, whatever it does end up being.