Find out more about your stronghold and developing your army. 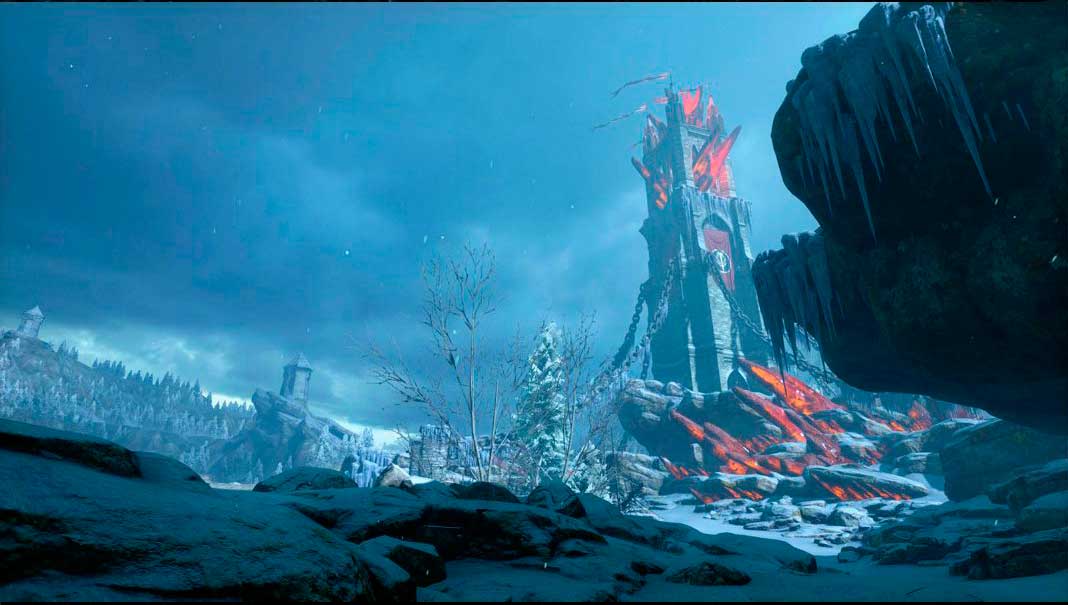 A preview from Game Informer has revealed some new details regarding Bioware’s upcoming open world RPG Dragon Age: Inquisition. The game sees the Circle of Mages and Chantry meeting to end the war started when Dragon Age 2 concluded but a Fade portal opens and everyone dies. Everyone except the player of course but he now has a hand mark that allows them to breach the Fade by entering various tears. Bioware says these are a “key factor” in ensuring you rise as the Head Inquisitor, but it will also make you a target for a mysterious assassin whom you can decide to combat down the line.

Aside from developing your character, you’ll also be able to develop the Inquisition in three different ways governed by a separate character for each. These facets will have their own talent trees to unlock benefits for yourself and the Inquisition which include increase gold, a boost in gathering crafting materials, making your soldiers stronger and more. The Inquisition home base is referred to as the “Skyhold” and can be customized accordingly.

There will be a snow-covered area in Dale called the Emprise Du Lion where you can combat Templars occupying the area. You won’t be able to hit it up at the beginning though – the difficulty will be such that it might be something to go back to once you complete the campaign.