Inquisition has multiplayer! It will be like Mass Effect 3! Here’s why you should worry!

Bioware has been on a roll with Dragon Age: Inquisition and the game isn’t even out yet. Not only was it the stand-out title of EA’s E3 presser – though it was more due to the fact that the publisher didn’t have much else to show. Nonetheless, Bioware has a good run at Gamescom as well and the large scale of the game has been getting more and more positive press. Are you a fan of tactical, turn based gameplay? Dragon Age: Inquisition’s Tactical Camera harkens back to the old days of Baldur’s Gate and lets you plan out strategies effectively.

Are you looking for a wide open world to quest in full of several characters from multiple races? Inquisition has you covered with a large selection of companions each with their own motivations and whom you can interact in more different ways than before. Let’s not even get into the 200 hour campaign that Bioware is hyping for the game. Everything seems fairly hunky dory for fans of hack and slash games, RPGs and open world adventures alike.

And then Bioware announced the multiplayer mode. 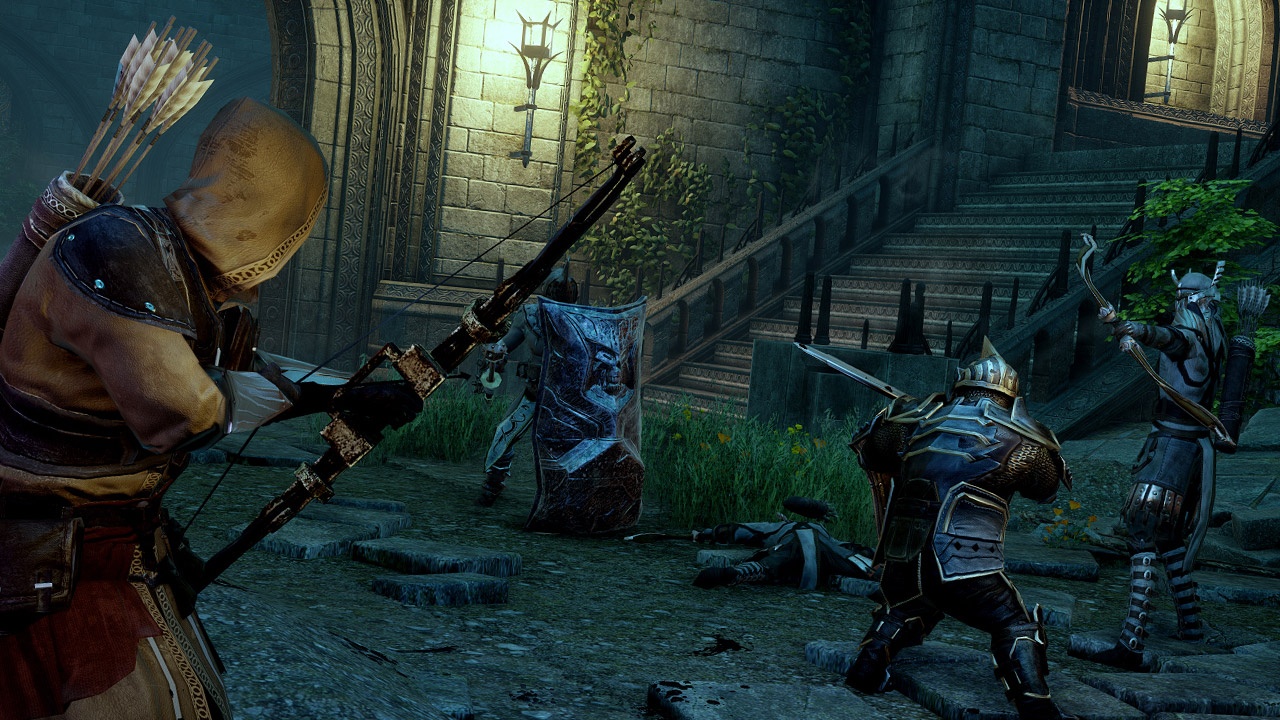 "The theory sounds nice in practice. Heck, Bioware even went as far to say that it would resemble Mass Effect 3's co-op multiplayer mode."

Dragon Age: Inquisition’s multiplayer mode allows you to choose from 9 characters – three mages, three warriors and three assassins, each with their own unique skills and weapons. You’ll be teaming up with up to three people and fulfilling several different objectives. Essentially, one needs to traverse an environment until they reach an area objective.

Once this objective is complete they advance to the next area. Combat is real time and the approaches are more loot-based, embodying Diablo 3’s hack and slash nature to keep players constantly questing. There will be lots of customization on offer for characters and considering the depth of the weapons and crafting in Inquisition, that’s nothing but good news.

The theory sounds nice in practice. Heck, Bioware even went as far to say that it would resemble Mass Effect 3’s co-op multiplayer mode. This time around, you’d have actual objectives rather than fighting in a survival mode with a random objective appearing every three waves.

The problem? Mass Effect 3’s multiplayer had some serious issues.

Mass Effect 3 was perhaps the first “real” online multiplayer title I’ve ever taken part in. The range of characters was amazing and there was a certain thrill to shooting up enemies with your friends. There were separate difficulty tiers to conquer and only the truly hardcore player would try to solo Platinum difficulty alone. 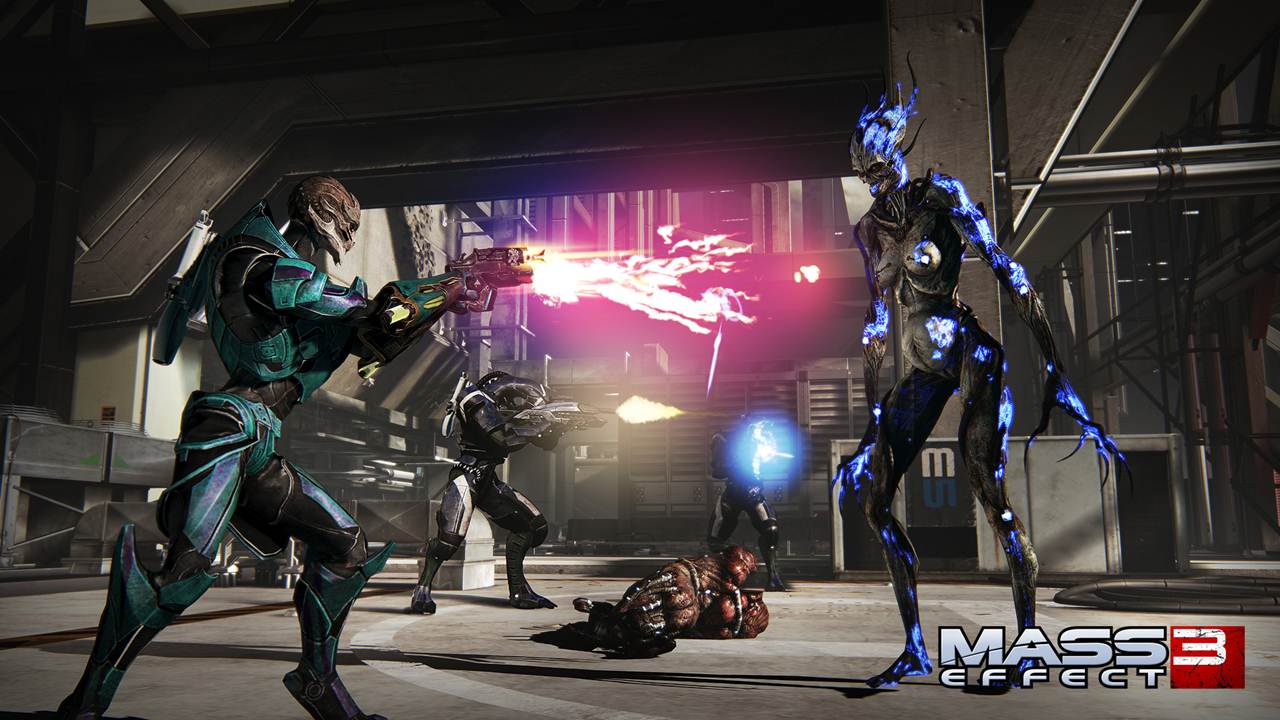 "If you were really unlucky, you'd see a person hosting the match to be disconnected in the middle of a wave. What did this do? Oh, it only reset the current wave to the beginning."

Here’s where the first issue arises: Bioware’s match-making. In Mass Effect 3, regardless of difficulty, levels were meant for four players. This didn’t automatically adjust for solo players, so if Bronze tier was too much for you, then you’d be slaughtered in Silver. Even the more experienced players had issues trying to complete the Gold tier alone.

But the point is to pair up with players, right? As Bioware stated, the game lets you play with a party of less than four people and will constantly look for players to add. However, what happens when your team-mates go down? When you’re paired up with team-mates who go down in the midst of battle on the toughest difficulty that was already difficult to begin with, it can be a real headache.

That’s not even counting the sheer impracticality of trying to even find a match in Mass Effect 3. You had to enter multiplayer, then find a match, select your tier and desired level, then wait for the lobby to show up. If you were lucky, the person hosting the game didn’t disconnect and throw you into another loading screen.

If you were really unlucky, you’d see a person hosting the match to be disconnected in the middle of a wave. What did this do? Oh, it only reset the current wave to the beginning. So if you faced a staggeringly difficult objective that had to be completed with four players and one suddenly bolts near the end, forcing you to start from scratch? That too in an environment that doesn’t automatically scale the enemy numbers to match the players?

"Lessons have hopefully been learned but the same issue of difficulty not scaling is enough to make on worry."

I’m not even going to get into the sheer number of bugs, lag, glitches and issues that popped up in multiplayer. Hit detection would go for a toss at times. Some enemies would be stacked on top of each and somehow became thrice as difficult to kill. You would find yourself lagging out at points despite the relatively small size of most maps. The list goes on and no, Bioware didn’t fix all these issues before abandoning support for Mass Effect 3.

This isn’t to say that all of these issues will crop up in Dragon Age: Inquisition. Mass Effect 3 was the first time it attempted a co-operative multiplayer game on such a scale. Lessons have hopefully been learned but the same issue of difficulty not scaling is enough to make one worry. We’ll see how it pans out when Inquisition launches this November. If all else fails, there’s a compelling single-player campaign at least.