About as imaginative as its name.

Right off the bat, here are a couple of disclaimers: I was never a fan of Dragon Ball Z. As the world was swept over by the anime, I found myself generally apathetic to the adventures of Goku, Vegeta, their pals, and their clan, with never even the slightest interest in the franchise. And while I got well acquainted with the franchise’s various pop culture trappings over the years, and even managed to consume its story in its entirety thanks to a series of excellent role playing games on the Gameboy Advance (The Legacy of Goku games- highly recommended if you can track them down), on the whole, I am not the person you are targeting with Dragon Ball Z branded, well, anything.

The second disclaimer- I am not a fighting game person. I know I have reviewed a fair few fighting games in my time at GamingBolt, and sure, I enjoy playing them, especially with friends, I’m not the guy who manages to perfect frame perfect counters and string combos that run into double digits. At most I’m a casual fighting game player, and the most invested I’ll ever be in fighting games is at a party playing Super Smash Bros. with my friends.

Therefore, I am definitely not the target audience for Dragon Ball Z: Legacy of Z. The target audience is either one that enjoys Namco’s admittedly fun and technical series of anime tie in fighting games, or one who enjoys Dragon Ball Z, or even both. However, even given that, I struggle to think of someone who would truly enjoy this game- even if you were a fan of the franchise, there is only so long its shallow gameplay could keep you engaged, and its pretty graphics would only go so far in keeping the ‘new, shiny’ factor alive. And if you are playing it as a genre fan, then you will definitely be repulsed by its almost offensive simplicity within the hour.

It seems like with Dragon Ball Z: Legacy of Z, Namco was trying to appeal to Dragon Ball Z fans first and foremost, even those that might not be interested in video games, and in the process, they made a game so simplistic so as to be almost dumb. It was an experiment, possibly a well intended one, but it didn’t turn out as well as it could have. 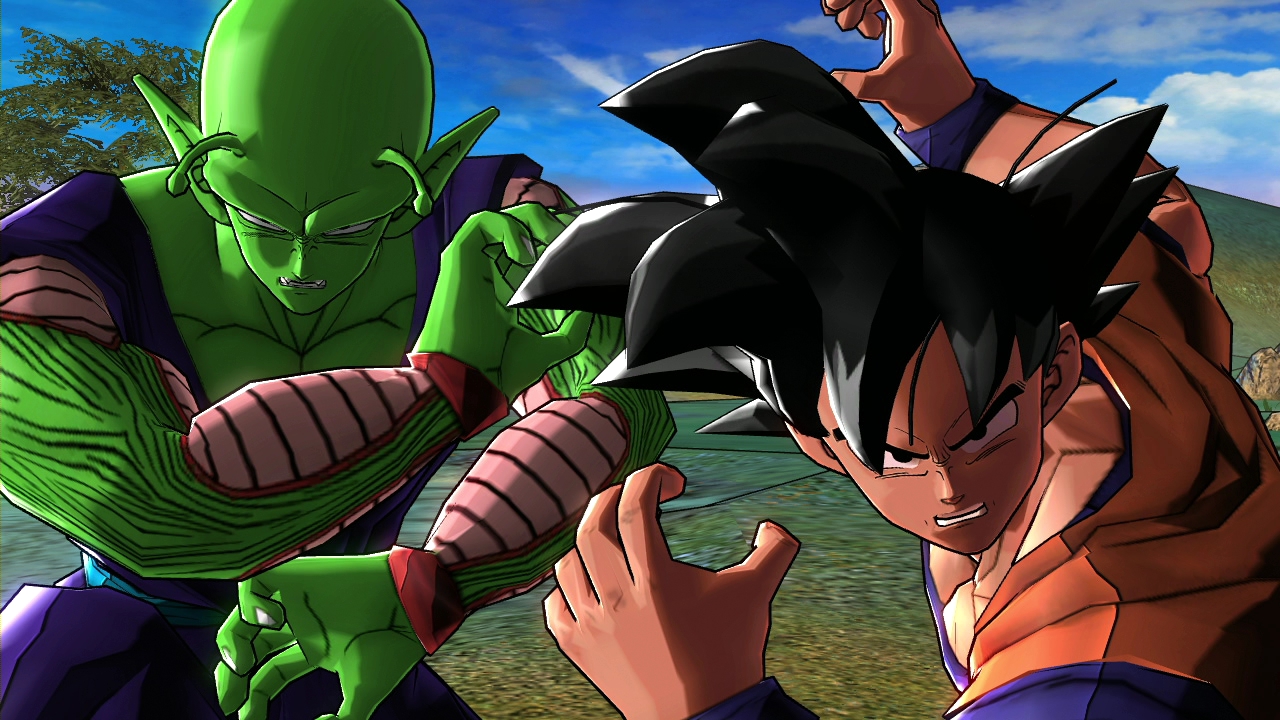 "Unfortunately, as it turns out, the shiny graphics and the approach of throwing as many characters and numbers into the mix as possible can only distract you for so long- the game is extremely shallow, and it's impossible to not get bored of it eventually, when every single match functionally boils down to you doing the same thing over and over again."

Let’s start with the good stuff first, though. Dragon Ball Z: Battle of Z is a gorgeous looking game. It looks like a cartoon in motion, which is sort of the point, but it can make you stop in your tracks. The character models are beautifully sculpted, the stages look like something right out of a remastered print of the cartoon, and on the whole, the game just looks like artwork in motion on your screen. If your primary reason for buying video games is to admire the graphics, then Dragon Ball Z: Battle of Z will probably be one of the better purchases you can make.

The graphics, along with the initial frenetic chaos of the action, serve to make an extraordinarily good first impression- when you start a game up with four players in the arena (which is such a refreshing departure from the one on one fights that Dragon Ball Z games have emphasized until now), with all manner of punches, kicks, and beam and explosion attacks flying all over the place with nary a slowdown- well, the expectation that arises is that the game in your console is going to be a game with all the chaos and fun of Super Smash Bros., but all the technical complexity and nuances of a real fighter.

Unfortunately, as it turns out, the shiny graphics and the approach of throwing as many characters and numbers into the mix as possible can only distract you for so long- the game is extremely shallow, and it’s impossible to not get bored of it eventually, when every single match functionally boils down to you doing the same thing over and over again. The combat essentially boils down to melee punches and kicks and beam based ranged special attacks; but that’s it. You can’t counter or cancel, you can’s string moves together in combos, literally all you do is throw punches. Even someone who isn’t a technical fighting game player was able to catch on to the relative shallowness of the title here.

Admittedly, the game does try to add some depth to its mechanics via a two pronged approach. One of these attempts is more successful than the other. One of these attempts involves class specific special attacks- depending on the kind of fighter you are fighting with, you get a special attack specific to that character. Trying to understand and then master these special attacks and then use them to your advantage adds some much needed depth to the game’s mechanics, although it acts more like a bandage for the wound instead of actually addressing the problem. 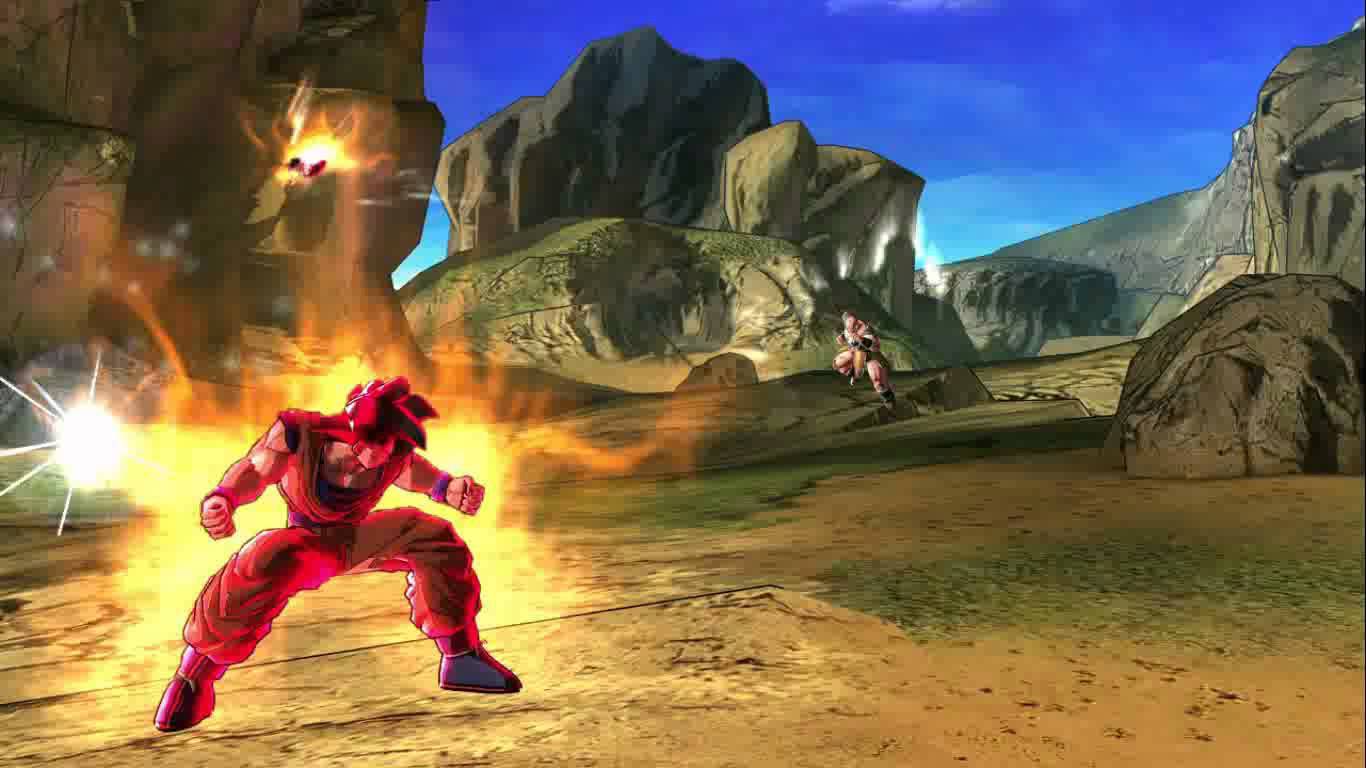 "If there is one upside to Battle of Z's 'cram the game with numbers' approach, it's the sheer amount of content that it has. The single player missions will last you at least a good dozen hours, and there's a wealth of online content as well. The online modes themselves are varied, and the online plays well enough, with minimal to no lag."

The other attempt is a lot less successful- at the end of a mission, you are awarded cards that you can equip to characters to enhance their abilities and boost their stats. It sounds like just the kind of thing that would immediately add depth to the gameplay, with specific cards leading to specific builds, and leading to unique advantages for each character, and it sort of is- except, you can un-assign and re-assign any card from and to any player at any time without any penalty, removing the risk from ‘risk and reward’ and making the entire exercise feel hollow and pointless.

If there is one upside to Battle of Z’s ‘cram the game with numbers’ approach, it’s the sheer amount of content that it has. The single player missions will last you at least a good dozen hours, and there’s a wealth of online content as well. The online modes themselves are varied, and the online plays well enough, with minimal to no lag.

The thing with this game is, I can imagine it being fun if you’re a kid who likes the anime, or an old time lapsed fan of the franchise who buys this to play it at parties and nothing else. But on its own, while it may have a staggering breadth of content, the content itself is so extremely shallow as to be practically worthless. I am sure there are many people out there who will enjoy Dragon Ball Z: Battle of Z. I just cannot fathom what such a demographic would be.

There's a lot of content; gorgeous graphics; four to eight players on screen leads to a feeling of incredible frenetic chaos

Extremely shallow gameplay, with no complexity or nuance to the gameplay, meaning the game fails to engage beyond the first hour, and fails to justify itself as a value proposition.

Final Verdict:
FAIR
There's a lot good about Battle of Z- unfortunately, that lasts for all of an hour, before the sheen of the beautiful graphics wears off, and you see the game for what it really is- a mindless, shallow fighter.
A copy of this game was provided by Developer/Publisher/Distributor/PR Agency for review purposes. Click here to know more about our Reviews Policy.