Dragon Ball Z: Kakarot is occasionally enjoyable, but is often let down by a lack of polish, unimaginative design, and other issues.

Dragon Ball is a series that needs no introduction. Its popularity transcends cultures, age groups, and mediums. As such, there’s been no shortage of Dragon Ball games over the years, and CyberConnect2 and Bandai Namco’s newest title, Dragon Ball Z: Kakarot, is a game that offers a lot of things that are familiar and many that are fresh at the same time.

The familiarity rears its head in many ways- from the arena-style brawler combat that we’ve come to associate with Dragon Ball games so often, to the fact that this is probably the umpteenth time that many will be sitting through yet another adaptation of the Dragon Ball Z story. Often, that familiarity is strong enough to make Kakarot feel a bit too much like similar Dragon Ball games that have come before, and weighs down on the experience overall.

"Dragon Ball Z: Kakarot offers a lot of things that are familiar and many that are fresh at the same time."

It also doesn’t help that the game’s storytelling is wildly inconsistent. Some of the biggest and most important turns in the narrative are shown through brilliantly animated and typically over-the-top and flashy cutscenes, and in these moments, Dragon Ball Z: Kakarot is able to do justice to the absurd source material it draws from. Backed up by the game’s beautiful cel-shaded aesthetic and strong and vibrant art, the most big-budget cutscenes can proudly call themselves “Dragon Ball bits of storytelling.”

However, much of the game’s story is delegated to much sloppier storytelling, either through cutscenes that are defined by weird voice acting, poor lip syncing, and sloppy writing, or through cutscenes that are not voiced and as such are just sloppily written. Combined with the too-familiar nature of Kakarot’s story, the game’s storytelling department does stumble quite a bit- though the most hardcore of Dragon Ball fans will still easily find plenty of enjoyment here.

That said, as I mentioned earlier, though Kakarot sticks too close to the rulebook at times, it also introduces some new elements and mechanics one doesn’t usually expect from Dragon Ball games. Some of these additions are made to the story as well, with Kakarot adding plenty of new scenes that show conversations or events to flesh out the story a little bit more. It’s something that will most probably be appreciated more by veteran Dragon Ball fans than anyone else, but collectively, it does add quite a bit to the story, helping it flow a bit more naturally and smoothing out some abrupt transitions or time jumps with added context here and there. 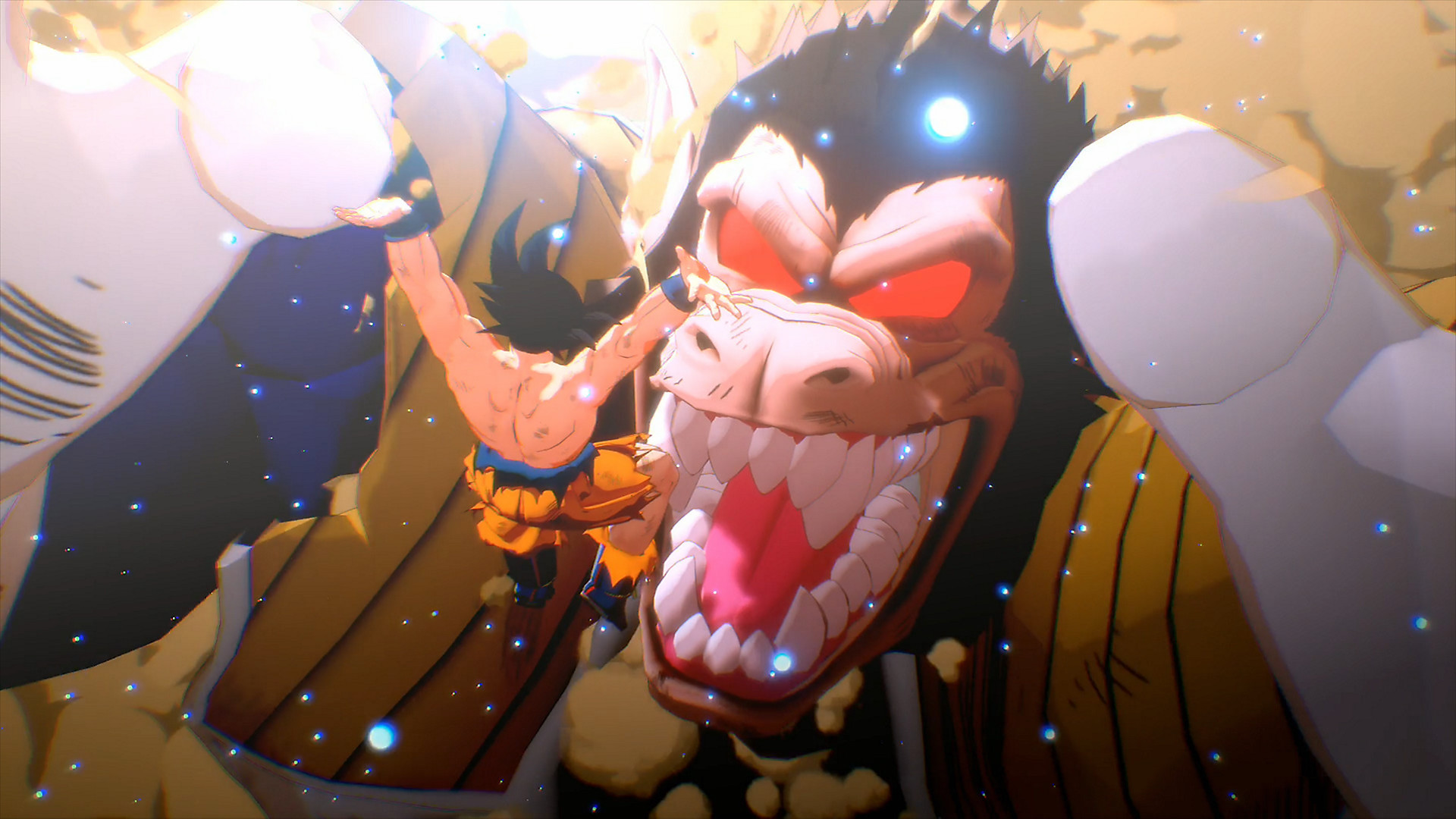 "Combined with the too-familiar nature of Kakarot’s story, the game’s storytelling department does stumble quite a bit- though the most hardcore of Dragon Ball fans will still easily find plenty of enjoyment here."

Much more notable than the story additions, however, is the fact that Dragon Ball Z: Kakarot tries to make things interesting and more engaging by presenting itself as a semi-open world action RPG- on paper, at the very least. But though the prospect of a full fledged semi open-world Dragon Ball Z action RPG sounds exciting on paper, Kakarot often fails to do more than the bare minimum, making its systems feel hollow and unnecessary.

When in combat, Dragon Ball Z: Kakarot functions more like an arena brawler than it does as an RPG. When push comes to shove, all the stats, buffs, and whatnot you can think of recede into the background, and battles – especially the more important ones – turn into ridiculously bombastic skirmishes of flurries of punches, deadly beams, spine-shattering explosions, and all the other silliness you expect from Dragon Ball.

And that stuff is exactly as good as it sounds- combat in Kakarot isn’t overly complicated, and though there’s plenty of behind-the-scenes RPG stuff the game tries to pass off as important, what you’re doing in battles ultimately boils down to a few actions- dodging, blocking, using regular attacks, and using your Ki for supers. Occasionally you’ll recharge your Ki, or give commands to your companions, or heal up your character, but if you can get good at the core, immediate combat loop, you won’t need to bother too much with the RPG systems. 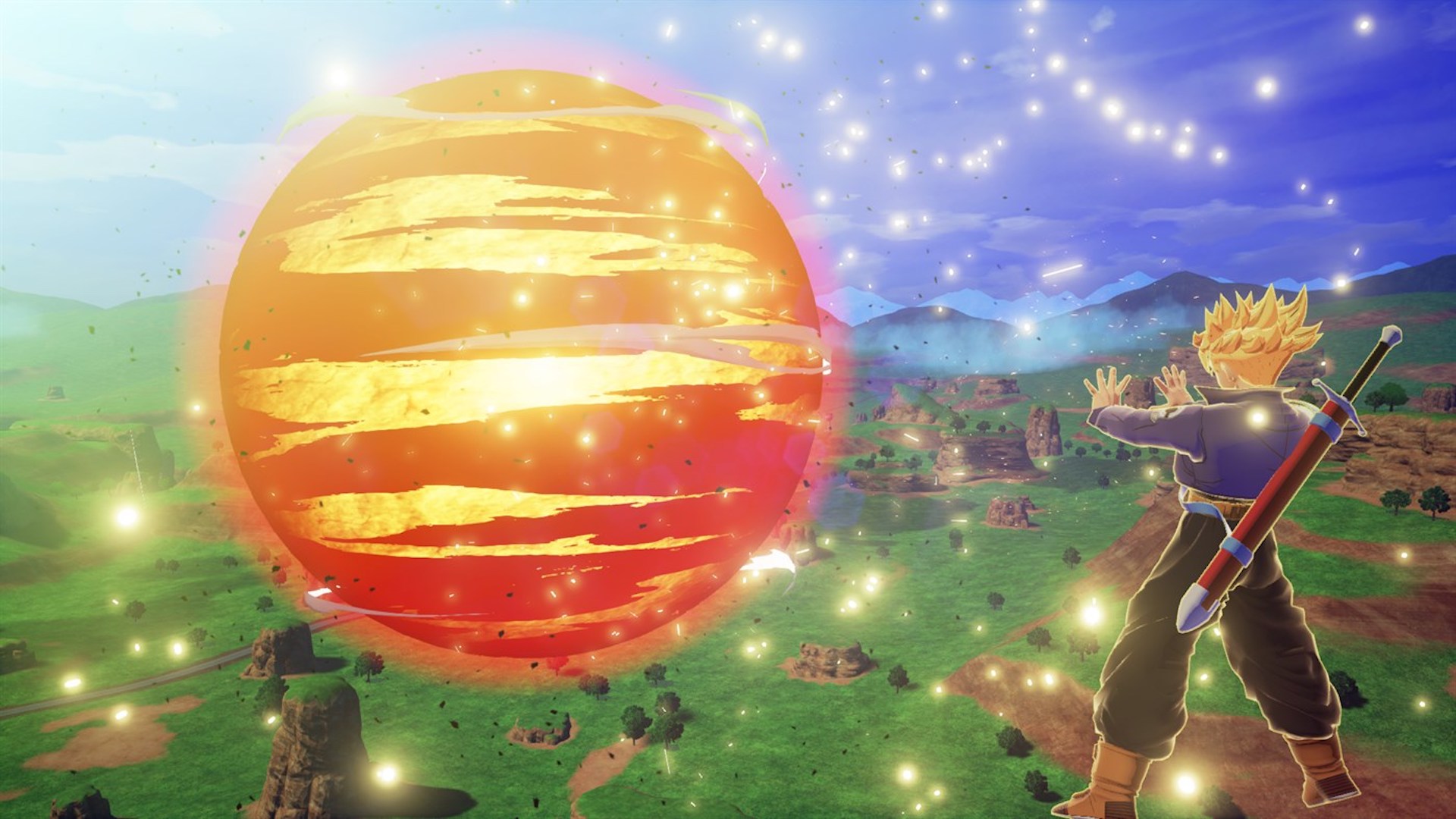 "When push comes to shove, all the stats, buffs, and whatnot you can think of recede into the background, and battles – especially the more important ones – turn into ridiculously bombastic skirmishes of flurries of punches, deadly beams, spine-shattering explosions, and all the other silliness you expect from Dragon Ball."

Now forget all of that, because the Community boards are largely useless. For starters, it’s a complicated system that the game doesn’t do a very good job of explaining to the player. More importantly though, the benefits you do reap from this system are more often than not negligible, to the point where you might as well not engage with the system at all. Even the basic levelling up and gaining more experience points doesn’t end up amounting to much. In fact, purchasing new super attacks and upgrading older ones is the only meaningful form of progression in the entire game, since it’s the only one that has a notable impact on the combat.

Dragon Ball Z: Kakarot has a lot of systems like these that feel like they’re just there, like they aren’t really serving much of a purpose and are, more often than not, just getting in the way of the fun. It also doesn’t help that the game isn’t too good with tutorializing, alternating between being painstakingly detailed in its explanation of needlessly complicated systems, and completely failing to even mention some pretty important stuff. For instance, the game never mentions that the tree where you purchase new super attacks is hidden away inside individual character menus, and yet it spends a baffling amount of time explaining the Community boards and Soul Emblems- even though the former is really much more important than the latter. 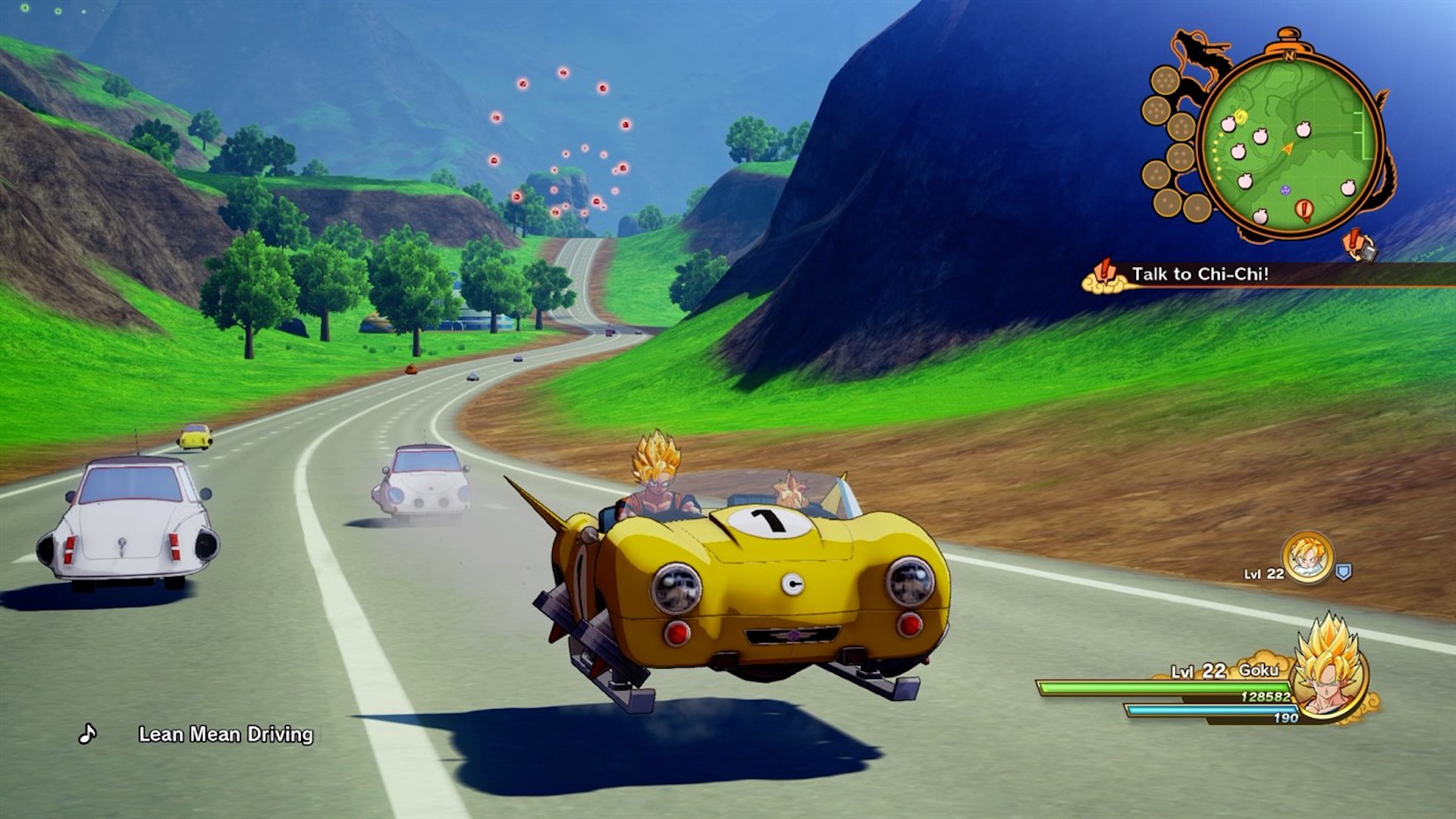 "Dragon Ball Z: Kakarot has a lot of systems that feel like they’re just there, like they aren’t really serving much of a purpose and are, more often than not, just getting in the way of the fun."

Outside of combat, Dragon Ball Z: Kakarot’s world and the activities that populate it suffer from problems as well. The game is divided into multiple large explorable maps, populated with quests, sub-stories, and side activities, but the bulk of your time in the open environments will be spent flying around and collecting Z-Orbs- which are scattered abundantly throughout all environments and are used to upgrade and buy special attacks. It gets boring very quickly, as you can imagine, and while that could have at least been offset if the actual flying was fun, Kakarot stumbles in this area as well.

You move your character with the left stick, and speed them up by pressing the stick- but the normal pace often feels too slow, while clicking on the stick again and again to gain a burst of speed feels unnatural (and often a bit disorienting). Controlling your flight, in fact, is an unwieldy experience most of the time- you ascend by pressing RT (or R2) and descend by pressing RB (or R1). Movements, as such, feel too jerky and mechanical more often than not, making flight a bit of an exercise in patience. Other minor annoyances – like not being able to transition into flight in the middle of a jump – only serve to make traversal feel that much more unpolished.

Outside of traversal and exploration, the activities on offer in the world are mildly fun yet generic at best, and downright boring at worst. The world itself allows for activities like hunting dinosaurs, fishing, collecting minerals, and more, but none of these offer too much depth (or a reason to engage with them). Meanwhile, there’s plenty of side quests as well, and though they often bring in cameos from characters that series fans will recognize and surely appreciate seeing again, the quests themselves are boring, mundane, and unimaginative. Every variety of fetch quest you can think of, it’s here in this game. Even the main questline sometimes suffer from inconsistent quality, with a lot of the stuff just coming across as filler (though that at least is true to the anime), like its there to pad out the runtime and help the game cross the coveted 30 hour playtime milestone. 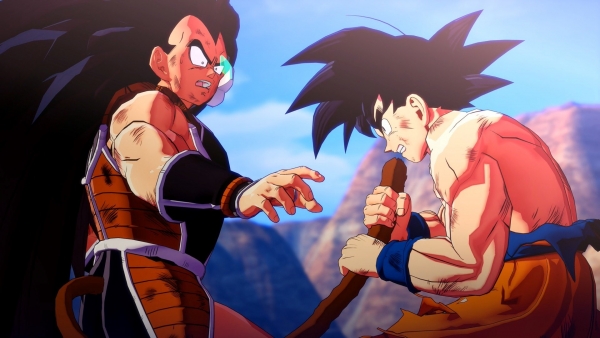 "At a time when there are so many properties getting breathtaking adaptations, it feels disappointing that Kakarot barely meets the bare minimum standard."

For fans of Dragon Ball, Dragon Ball Z: Kakarot, in spite of a lot of what I’ve said, is not hard to recommend. It doesn’t do anything surprisingly good, but it doesn’t do anything especially bad either, and in the end delivers an acceptable yet inconsistent adaptation of a story that’s already been told a hundred times before- which is exactly what many series fans will be hoping for.

Viewed on its own merits though, Dragon Ball Z: Kakarot has quite a few flaws, many of which do actively hurt it. At a time when there are so many properties getting breathtaking adaptations, it feels disappointing that Kakarot barely meets the bare minimum standard. In spite of those shortcomings, it’s fun enough and it’s great fan-service- for now, that will have to do.

Final Verdict:
FAIR
Dragon Ball Z: Kakarot's power level is not over 9000, and though it suffers from many issues, it's still an enjoyable – if repetitive and inconsistent – experience.
A copy of this game was provided by Developer/Publisher/Distributor/PR Agency for review purposes. Click here to know more about our Reviews Policy.