Check out the new trailer showing off Bardock's moves in the next major DLC coming to Dragon Ball Z: Kakarot. The trailer shows off the battle on Planet Kanassa.

The current-gen version will be a free upgrade for those who already own the game on last-gen machines, and will run at 4K and 60 FPS.

The turn-based strategy RPG is confirmed to release in 2023 for Xbox Series X/S, Xbox One, PS4, PS5, PC, and Nintendo Switch.

Development on the sequel is currently 60 percent complete. It will feature new weapons, an improved battle system, and much more.

The original game has also received a new demo, free for all platforms, which contains the first three chapters of the story.

A new trailer for JoJo's Bizarre Adventure: All-Star Battle R showcases Part 4, Part 6, and Part 8 characters that will be a part of the game's roster. Including F.F.

Demon Slayer - Kimetsu no Yaiba - The Hinokami Chronicles is a pretty good game that fans of the IP will especially enjoy.

Developed by CyberConnect2 and published by Bandai Namco, the fighter will boast 50 playable characters at launch from all JoJo arcs.

CyberConnect2 to Announce a New Project in February

CEO Hiroshi Matsuyama says a new game will be announced in February, and claims that it will "shake the world" when it launches this summer. 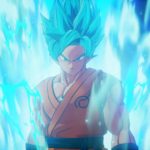 A new trailer for Demon Slayer: The Hinokami Chronicles showcases faithful aesthetics and a release date for November 15, 2021.

The latest games in CyberConnect2's Little Tail Bronx series will launch digitally on every major platform on July 29th.

Bandai Namco themselves may have inadvertently spilled the beans.

Dragon Ball Z: Kakarot Will Get ‘Trunks: The Warrior Of Hope’ DLC This Summer

Go to the future that never was in the next expansion. 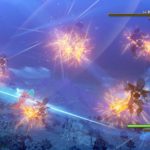