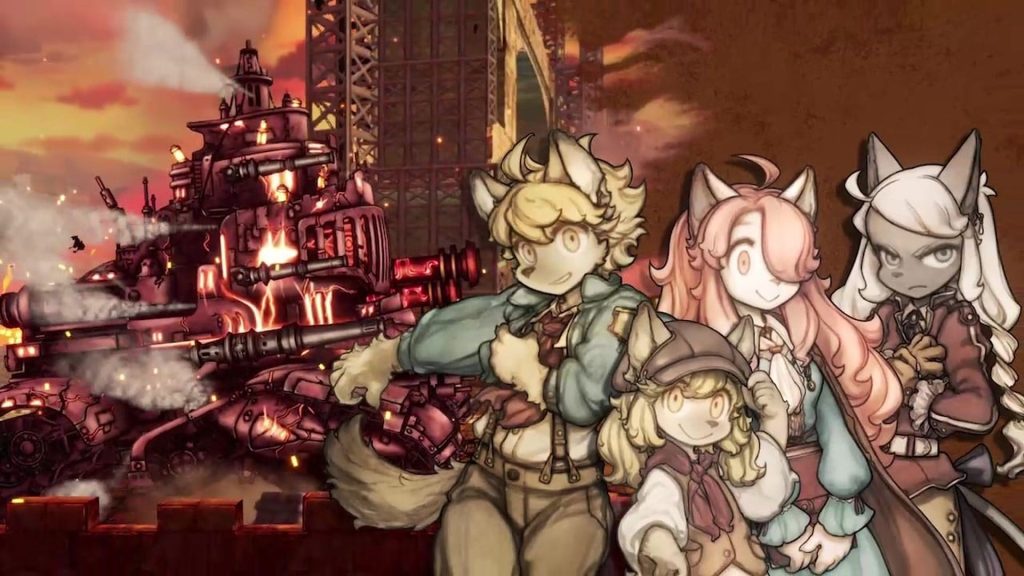 CyberConnect2 has confirmed that Fuga: Melodies of Steel 2 will launch on May 11th. It will be available for PS4, Xbox Series X/S, PS5, Nintendo Switch, Xbox One and PC via Steam and the Epic Games Store. Game Pass subscribers on console and PC can also play it on day one.

In addition to the Standard Edition, there’s a Deluxe Edition. It includes downloadable items, in-game bonus items, sleepwear for the cast, a digital art book and a digital soundtrack. You also get Dummy Energy for the Managarm (which allows for firing it once without requiring a character’s life) and a Dummy Soul for the Soul Cannon (letting it fire without sacrificing someone).

The story sees the previous game’s children returning home after the war. However, after half become trapped inside the Taranis, it’s up to Malt and newcomer Vanilla to pilot the Tarascus and save them. Gameplay-wise, skills from the previous game have been revamped while new ones are available for more strategies. There’s also the Judgment System, where one’s choices affect the story, and the Airship System, a new way to progress through battle routes.