Dragon Quest 11 Is Still Planned For Nintendo Switch, But No Further Information To Share At The Time 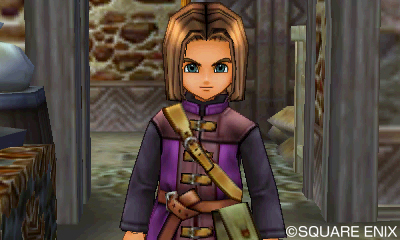 If you were paying attention to the Dragon Quest 11 news we shared earlier this morning, you probably realized something interesting- the release confirmation was only for the 3DS and PS4 versions. A Switch version was not even mentioned once. Dragon Quest 11 has previously been confirmed for the Switch, but we have seen hide nor tail of it- and its curious omission from the festivities this morning led many to assume the worst.

The good news is that the worst has not yet happened- it looks like the Nintendo Switch version of Dragon Quest 11 is still planned. Square Enix confirmed to The Wall Street Journal’s Takashi Mochizuki that a Switch version of the game is still planned. Sadly, that is also all that they will say for now, confirming that any further details on the Switch release cannot be confirmed at the moment.

I suppose that is what Dragon Quest fans on the Switch will have to accept for now- Dragon Quest 11 on the Nintendo Switch is definitely coming- it may just be a longer wait than it will be on the 3DS or PS4.