Dragon Quest XI Will Be A Single Player Game for Consoles, Developer Confirms

Now the question is- which console? 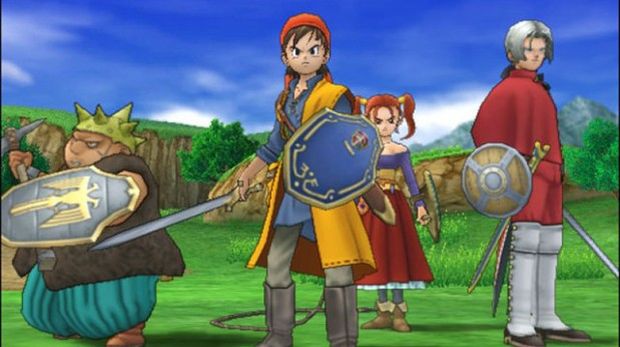 Square Enix’s Dragon Quest series is now awaiting its eleventh entry, and everyone is waiting to see just what kind of a game this will be, and for what system. After the series hit its zenith with Dragon Quest VIII: Journey of the Cursed King on the PlayStation 2, the last two entries have been more experimental. Dragon Quest IX: Sentinels of the Starry Sky for the Nintendo DS was a game made for handhelds, with a focus on loot and asynchronous multiplayer; meanwhile, Dragon Quest X, which was released on the Wii, Wii U, Nintendo 3DS, PC, iOS, and Android, was a full fledged MMORPG that the west never even got to see.

However, while speaking in France at an Anime Expo to French outlet FFFring, series creator and director Yuji Horii confirmed that Dragon Quest XI will be a traditional, single player RPG, and that it will be coming to home consoles. This is an interesting announcement, because Dragon Quest has traditionally been on the largest selling platform in Japan – which this time around would have been the Nintendo 3DS. With Dragon Quest XI having been confirmed for home consoles (none of which is doing particularly well in Japan at the moment), this entry marks a break from tradition.

As for which system the game will be on, well, that’s anybody’s guess. PlayStation 3? PlayStation 4? Wii U? Two or all three of those? Who knows? We will keep you posted.