Capcom’s polarizing new IP, Dragon’s Dogma, was undoubtedly one of the most refreshing games ever created. It has a decent fan base–including me–and one of the reasons why the game can mesmerise a lot of people is that its world can be so immersive. That, and the fact that the combat is incredibly fun, a fantastic recipe for an RPG was created.

There’s still some tweaking needs to be done in this recipe. It’s a bit too chilly and lacks a few spices, but that’s something that can be easily rectified. In my Dragon’s Dogma review I mentioned how backtracking could prove tiresome to some players and there wasn’t enough variety of enemies even though they were well designed.

Dragon’s Dogma: Dark Arisen is just an expansion pack. It features the original game and a new level called the Bitterblack Island. This area itself can provide people 20 hours or so of pure gameplay, and contains new weapons, armour, and new enemies as well. I was actually surprised at how engaging the story was in the original game and if you’re new to the game in general, you have one hell of a ride in front of you. 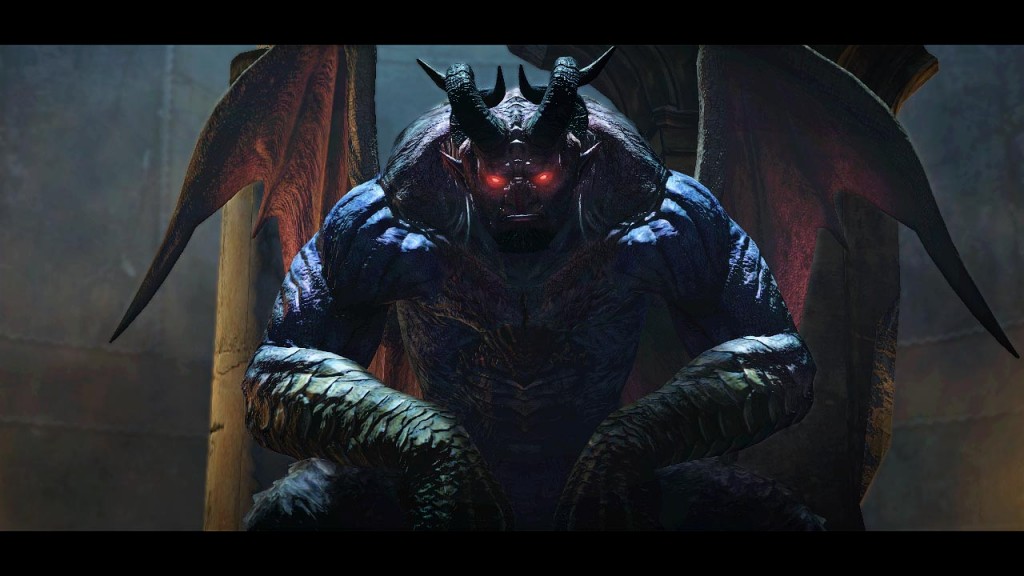 Experienced players can just import their saves and head right to Bitterblack Island via Cassiardis which is the starting location of the game. There are enough prompts in the game to notify you of this new island which you have to visit to check it out. But it’s recommended that you be at least lvl 50 or above before venturing there because the enemies will make mince meat out of you.

I was level around level 132 when I went there but still died plenty of times at the hands of certain enemies. The original game needs no explanation really. You can hire pawns to aid you in battle and there’s an online marketplace in which Rift Crystals are the currency. You can use it to buy new pawns.

Let’s talk a bit about this new island. Henceforth I assume you know how to play Dragon’s Dogma and won’t be simplifying some words because this is a review of the expansion after all.

You can catch a boat via Cassiardis to this new location and you will meet a woman who tells a tale about how an Arisen was lost in this area. She does not have a good memory of what happened but as you keep playing an venture deep into the labyrinth, she regains some memory. You can rareify items found in the island, and buy/sell, and also change your vocations by talking to here. The area is basically the hub from which you can plan your adventures. Some shortcuts will be opened as you keep playing the game. 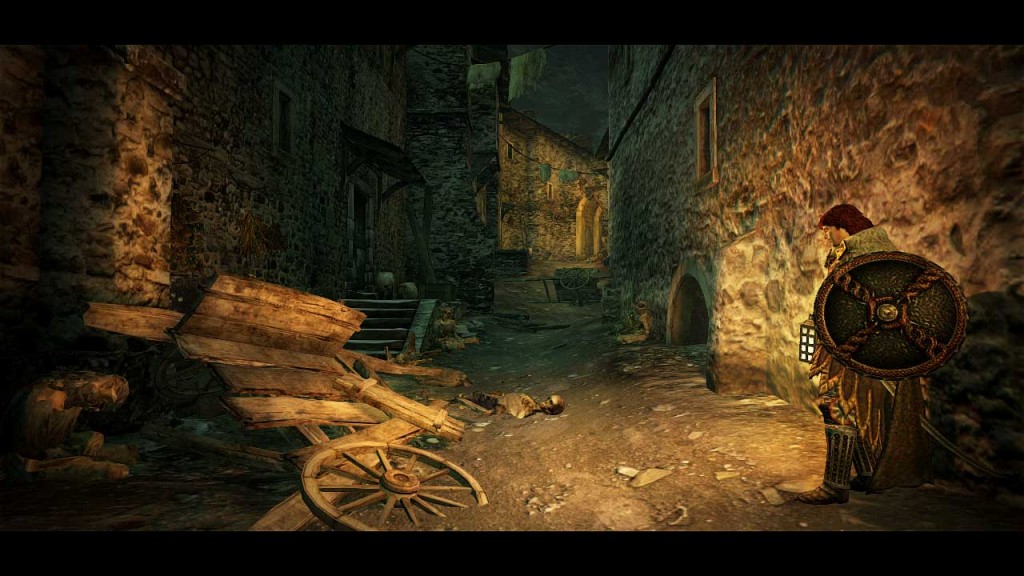 The level design of the entire island itself is very poor. It seems there are a lot of reused assets and randomly placed enemies. This is the major fault I found with this expansion. Capcom hasn’t tried to diversify it much like the original game so you will spend your time wailing through dark linear areas fighting enemies as you go deeper to find out the secrets of the island.

There are some new enemies here. Your first encounter will be with a Gorecyclops. As the name suggests it’s just a massive cyclops who can tear you apart if you go close. It will initially be chained so you can just go past it but if you keep attacking it, it will break free and grab its club and then a fight begins. My normal strategy is to shoot arrows from far or enter areas which it can’t reach and use that to slowly chip away at it. For other enemies, I was a sorcerer and used magic like High Maelstrom so that my pawns could deal a lot of damage.

The combination of classes you pick will help you against certain enemies. There are enemies that will take no damage from your hits as a warrior or a sorcerer, so what do you do? You can’t change classes fast so you have to be clever. The pawns you choose will be vital here. There are broken Rift Stones scattered around in the island which you can repair using your Rift Crystals. These stones allow you to hire new pawns or resurrect your permanent pawn. 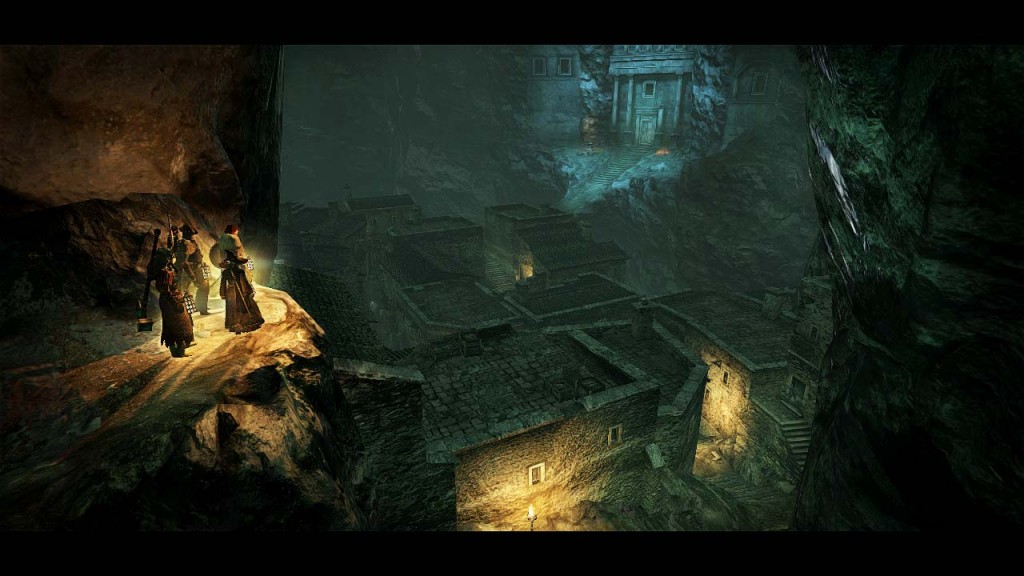 The entire labyrinth is made of similar passages and rooms and goes deep until you reach the final boss fight. The area before the boss fight was eerie and really projected what the artists tried to convey with its design. What’s disappointing are the areas before it, which are recycled and feature strong enemies sometimes randomly generated.

There’s a specific one called Death which is a grim reaper who chases you with a scythe for little while then disappears. There’s even a notice board quest to defeat him and it won’t be easy since he can nullify your pawns quickly since a high from his weapon means you have to retry again. He’s easy to take down if you are playing solo since his attacks are dodgeeable but finding out an attack which can damage him won’t be easy.

Apart from him, there aren’t great enemies which can prove to be challenging. There’s one cursed dragon which you can fight and the method is similar to the drake but since the dragon is bigger in size, there could be problems. I kind of wish Capcom had just released a true sequel instead of this expansion, because once you finish this there’s no incentive to clear the area again except for Bitterblack loot.

The expansion could have been created better with a bunch of unique areas, but Dragon’s Dogma fans will find a lot of content here. For people new to the game itself, Dragon’s Dogma: Dark Arisen offers spectacular amount of content for a reasonable price. It’s probably created to bring new audience to the IP, but fans shouldn’t be disappointed because there’s still something to play for here.

Repetitive levels. Enemies aren't that varied. Not a good value for fans, but great value for people new to the game.

Final Verdict:
SUPERB
Dragon's Dogma: Dark Arisen offers an improved version of the original game at a cheap price and adds in a bunch of new content, but fans won't find a lot of improvement here.
A copy of this game was provided by Developer/Publisher/Distributor/PR Agency for review purposes. Click here to know more about our Reviews Policy.