Dreamfall Chapters: The Longest Journey Wiki – Everything you need to know about the game

Everything you need to know about Dreamfall Chapters: The Longest Journey.

Dreamfall Chapters: The Longest Journey is an upcoming 3D point and click adventure/puzzle solving video game that is currently being developed and published by Red Thread Games, an independent development team that was founded in September of 2012 by Ragnar Tornquist (producer of the EA MMO The Secret World).

It’s a sequel (and the third instalment in the series) to the two adventure games, The Longest Journey and Dreamfall: The Longest Journey, both are titles that Ragnar Tornquist has previously worked on. The game will be available on Digital Download via Valve’s Steam service on Microsoft Windows. It will also be available on Mac OS X, the Linux operating system and the Nintendo Wii U. It is currently slated for a release some time in November of 2014.

Dreamfall Chapters: The Longest Journey is being developed by Red Thread Games primarily for PC’s but will also be ported to the Wii U, Nintendos newest console. Prior to this game’s development period beginning the plot had already been established and written up, this was in 2007. However, while this content was already complete and ready to begin development , but this couldn’t happen until the original creators were finished working on EA published, Funcom owned massively multiplayer online role playing game, The Secret World.

In early November of 2012 video game producer Ragnar Tournquist announced the new studio Red Thread Games had finally began pre-production activities on Dreamfall Chapters. The reason behind this was due to a shift in focus from Funcom, they have moved more towards an online game focus and as such decided that it would be best to license the rights to The Longest Journey and all relevant IP material to Red Thread Games and have them fund as well as produce the game independently. This independent funding inevitably saw the game go to Kickstarter.com where in a period of 30 days (February 8th 2013 until March 10th 2013) the game gathered 21,858 backers and a total of $1,538,425 even though the goal was set at $850,000. An additional $1.5 million was provided towards the funding project by the Norwegian Film Institute.

Ragnar Tournquist didn’t bring any staff across from Funcom and instead opted to hire many of the games original developers of Dreamfall who had left Funcom. He also entered into a partnership with Blink Studios which also consists of Dreamfall staff, and have thus developed some considerable skill in using the Unity Engine (the video game engine that Dreamfall Chapters: The Longest Journey will be running on). Dreamfall Chapters: The Longest Journey will be a heavily stylized mix of Cyber Punk and Fantasy; this will be brought to life by professional artists Christer Sveen and Sigbjørn Galåen.

While Red Thread Games did accept the offer, it was until July 2013 that they received a Dev Kit that would allow them to start work on the Wii-U version of the game. At a fan convention (Journeycon) in Oslo (Red Thread Games home) in November 2013 the game had progressed far enough to show a 20-30 minute vertical slice demo to the public. [A vertical slice demo is a highly polished portion of beta gameplay that is generally used to represent the final product in a short period of time] 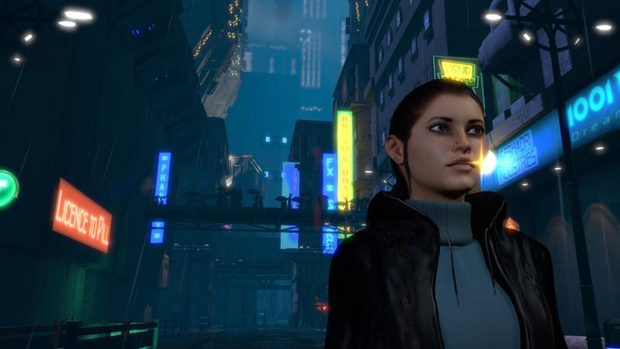 The central plot of Dreamfall Chapters: The Longest Journey will focus on Zoe Castillo, the protagonist from Dreamfall. With her consciousness trapped in “Storytime” it’s up to the player to help her control her dreams and use her newly discovered powers to escape “Storytime” and reach the megapilis “Europolis” and hopefully reach Arcadia where another protagonist of Dreamfall awaits execution for committing high treason. 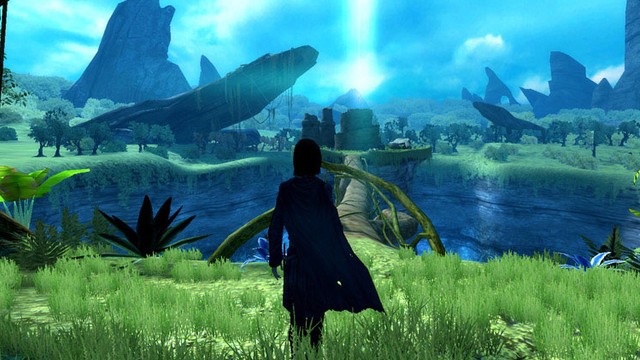 Gameplay in Dreamfall Chapters: The Longest Journey will consist of point and click adventuring in a third person, over the shoulder camera perspective. The game is not a sandbox adventure like Skyrim or Far Cry 3, but will instead be similar to Deus Ex Human Revolution; it will have large hub areas that the player can freely explore. To incentivise exploration, exploring these gamer areas (such as Marcuria and Europolis) will yield new areas and hidden secrets. As the seasons and the story progresses around the player, so too will the world change in real time.

Characters and items in the game world that can be interacted with will be highlighted; the player will then interact with them in the usual point and click manner, with context sensitive menus and inventory management screens. Although a point and click game, players can use a controller if they want to, despite the game’s optimization for a K&M interface. Red Thread Games have made sure that it’s clear that there is to be no combat in Dreamfall Chapters. Players can make multiple choices as the play through the game, but although these choices do affect events in the game, they do not alter the ending in anyway. The story telling and narrative path are both linear in design and will take an estimated 10 hours to complete.

Dreamfall Chapters: The Longest Journey will have 3 playable characters, the two returning characters Zoe Castillo and Kian Alvane as well as a yet unrevealed heroine.