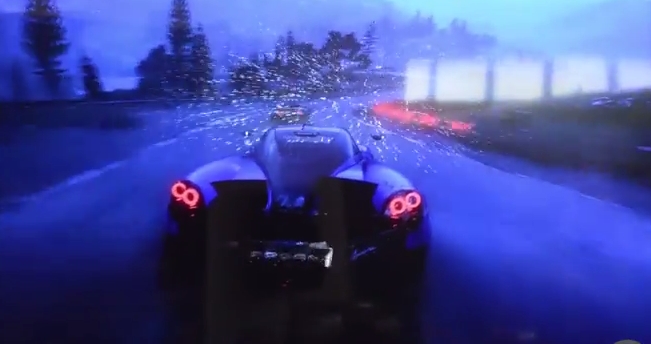 This year is becoming more and more depressing- after so many high profile flops this year (we’ve already had Destiny, to name the most recent one, and Alien: Isolation received mix reviews too), and now, there’s another one to add to the ever growing list. Evolution Studios’ DriveClub, which has apparently been in development for a very long time, and even got delayed a year to be polished so it would meet the developers’ vision, has released to a sound round of panning from the critics.

IGN gave it a 7.9, saying that ‘the overly aggressive AI grates, the difficult drifting seems at odds with the accessible handling, and the single-player loses zest once the solo content runs dry.’ This was one of the more charitable reviews- Eurogamer gave it 6/10, Gamespot gave it 5/10, and GiantBomb, in its damning review, gave it 2 stars (scaled up to a 4/10), saying that ‘It just isn’t much fun to play. The core act of driving a car feels off in a way that completely put me off of playing the game. Without that in place, the rest of it just falls apart. The PlayStation 4 has been without a serious racing option since launch, and Driveclub doesn’t fill that gap.’

The game’s Metascore tells the whole story, rated at 72, and much lower than Forza Horizon 2 (its closest competitor, which sits at a healthy 86), Destiny (a high profile flop), and even Hyrule Warriors on the Wii U. Yes, a Dynasty Warriors reskin beat out DriveClub.

All in all, this has not been the best year for exclusive software on PlayStation, that’s for sure.