Some long requested features in this update. 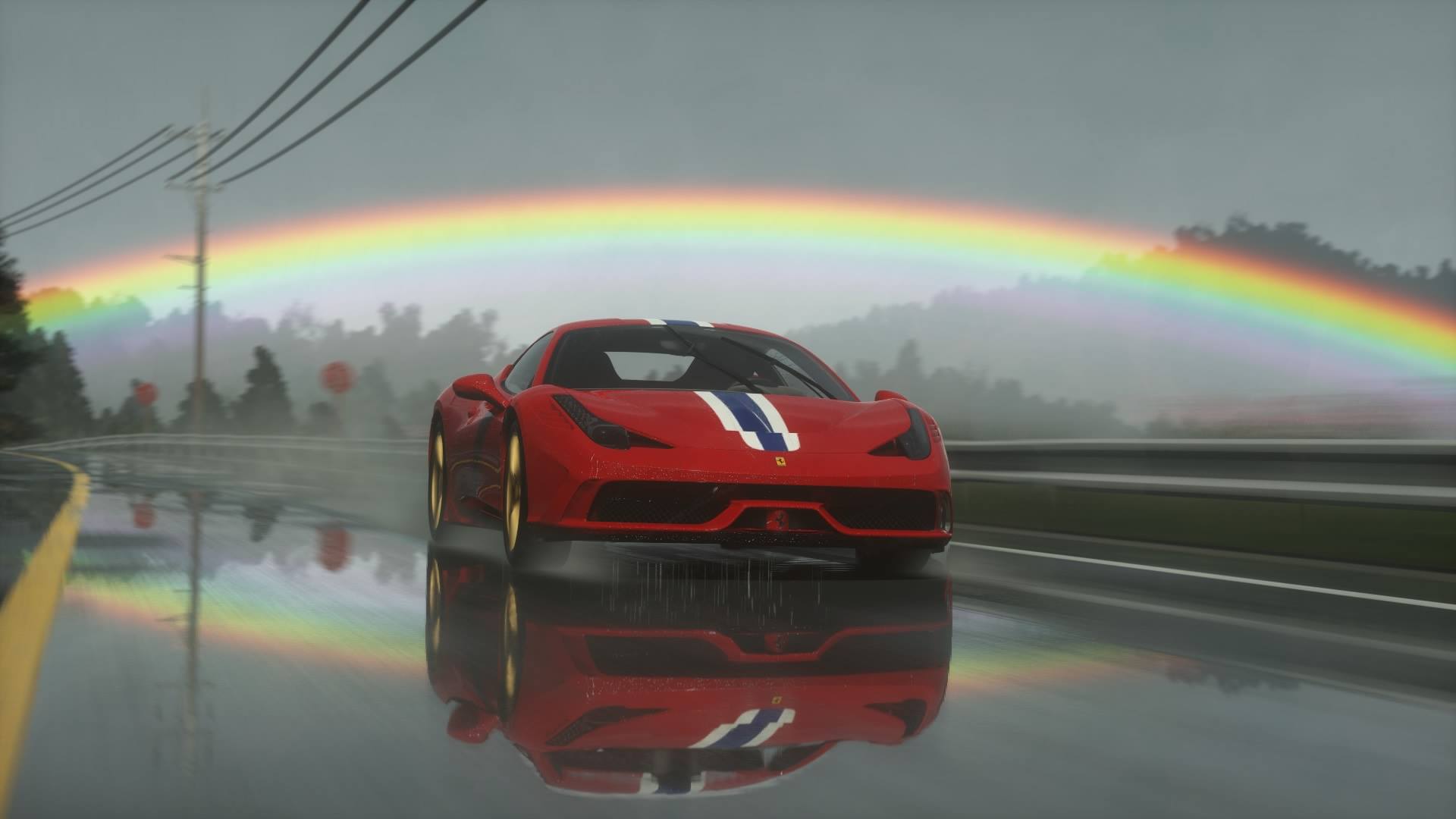 Evolution Studios has released the newest update for their racing game, DriveClub. It’s out now, and players of the game will greatly appreciate the improvements here, a lot of which they have been requesting for quite a while, now- the list of changes and additions includes private lobbies, as well as a new level cap.

Private lobbies really have been implemented quite thoroughly and extensively into the game, and customization options for them include penalties, collisions, and grid positions. The level cap, meanwhile, is 55, up from 50, while Elite Driver levels from 76-80 have also been added.

All of this comes at a hefty cost, as this update weighs in at 11.7GB- I mean, that’s bigger than many PS4 full games (for instance, I am pretty sure Disgaea 5 comes in at about half that). So… yeah, if you are planning on getting this update, you might as well clear out some hard drive space. 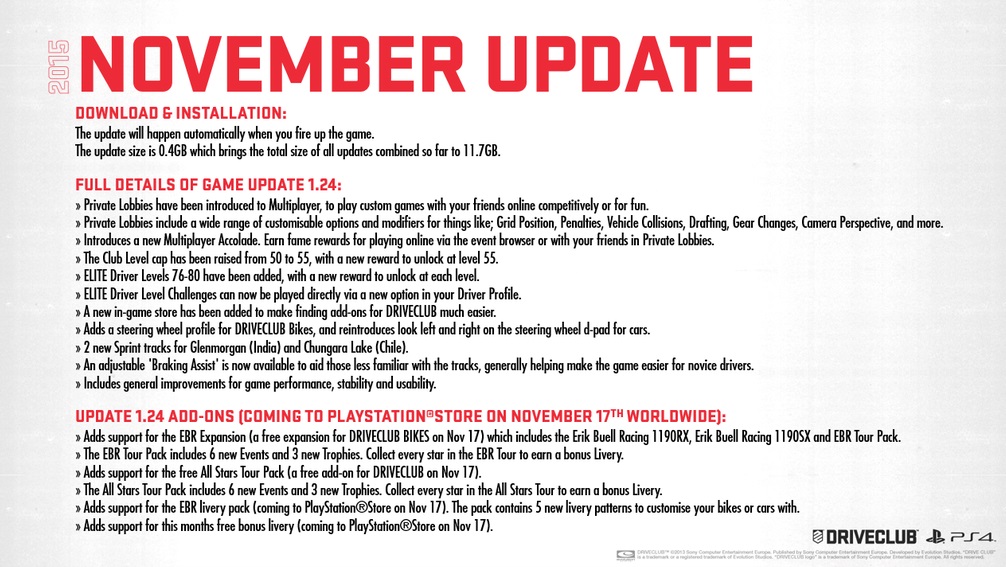