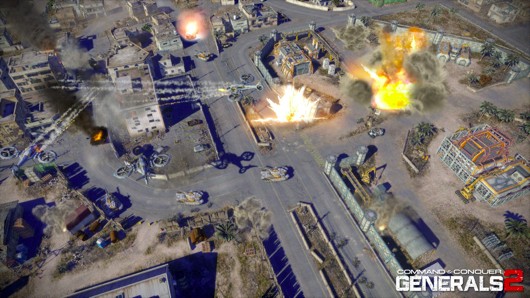 Love him, hate him, or simply make fun of him for lagging so far behind in completing Duke Nukem Forever, there’s no denying that George Broussard knows how to drop an intriguing comment or two.

This time, he aimed his ire at big publishers like Electronic Arts taking to the free-to-play model. EA recently announced at GamesCom 2012 that Command & Conquer: Generals 2 would be going free-play, besides announcing earlier that Bioware Mythic would be doing an F2P title.

On Twitter, Broussard stated, “f2p is generally going to be a waste of time for uber pubs like EA. Chasing biz models vs letting game design thrive.”

“Well crap, investors expect us to embrace f2p. We have any old ip just sitting around? Ultima? C&C? Ship it!”, he said.

This could be Broussard complaining more about EA trying to milk it’s IPs over creating innovative games and pioneering game design. But as long as F2P gains traction, it’s a given that more and more publishers will hop aboard the train.