Posted By Bill Smith | On 03rd, Jul. 2011 Under Reviews | Follow This Author @GamingBoltTweet

Dungeon Siege III is an RPG where you have the option of choosing between four characters. The game takes places in the fantasy medieval world of Kingdom of Ehb 150 years after the first Dungeon Siege. Trying to protect the kingdom the 10th Legion had been wiped out by Jeyne Kassandra who she blamed for the death of her father. As far as the combat system is actually very well made and easy to use. A small group of legionaries remained connected to the 10th Legion, as your role is to gather a legion once again by gaining allies and assets. 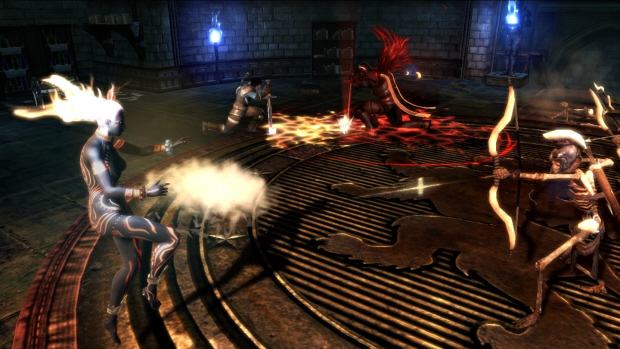 Depending on what characters you choose you might have different scenarios especially once  you come across different AI characters that you can choose as companions to come along with you for the journey.  Depending on which companions you choose can change and alter the story along the way.  There is a huge amount of story in the game itself, with the altered story option and different endings.  Unfortunately the story is kind of a boring one no matter which way you play it and having characters seem emotionless when you speak to them doesn’t help at all.  The story in in-depth though so if you are a fan of the franchise you might like that fact.  The down side is that you might not feel like playing through the game again as another character class if the story was that rough to get through the first time for you.

The games graphics are actually fairly impressive especially when you can use powerful spells and some of the enemies you face are very detailed.  Navigating could not be more easy in the game, which is nice in an RPG, if you ever get confused on where to go next, which is a rarity, you can always create bread crumb looking trail to your path.  You can still explore as there is loot everywhere, while some of it are items you will be constantly upgrading to or changing the other half is usually just crap.  The game is also fairly short when it comes to RPG’s, easily beating the in 8 hours is nothing too difficult for any kind of gamer.  As far as the interface and menus, they are very easy to use as well as flowing enough to not slow down your gamplay. 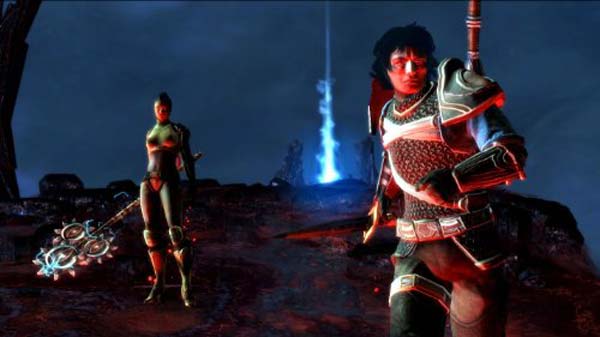 The combat system is probably the best part of the game.  Each character has two different styles or stances of fighting, where depending on the battle scenario, one will benefit you more than the other.  A character may have one stance that does heavy damage up close and another that does less damage from afar as this can be switched around depending on the character you are using.  There is a lot of hack and slash style of fighting even when you have character that use primarily spells, but the dodging technique is very helpful in the game.  All the abilities for each character are very straight forward, how ever there are not very many for each character.  However you can upgrade these abilities, with quite a few choices.

Now you would think with the addition of online co-op that it would really add to the game.  Unfortunately is does not, as when you join a game, you will not join using your own character from your singleplayer game.  All the loot and items you gain while in another persons game will not be brought back to your game or character upon leaving.  This was a huge disappointment once learning this, making it seem almost worthless to play co-op online, which is also the only way to have all four character classes in the game at once.  There is two player couch co-op that you can play with up to two player which actually lets each of your characters keep the loots and items you obtain.  The downside to both these modes though is the camera angles, as no matter what you must all be on the same screen which is understandable with the two player local co-op, but online does not seem necessary. 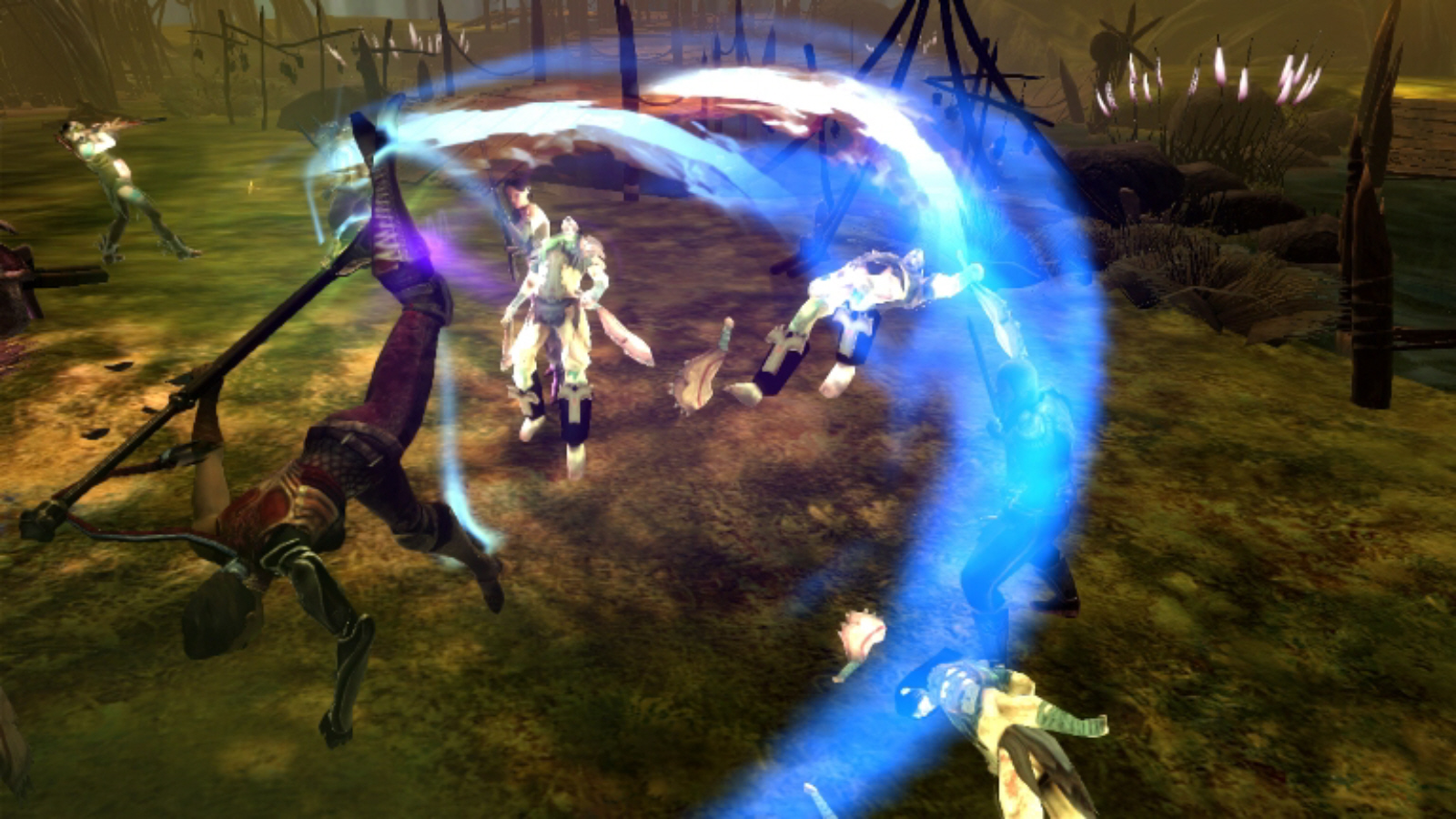 Dungeon Siege 3 is not a bad game but, I see it as best being played alone or in two player local co-op.  Fans from the older games might not like a lot of the changes made in the game, but bringing it to consoles has brought a whole new base of gamers that play on consoles only and love RPG’s.  So between the well working combat system and the very easy RPG elements to jump into the game if definitely fun for a playthrough, but with there being four character classes that expect you to play through as all of them to get the most our of the game, I would expect a much more interesting story, where the depth of it, is new to the franchise with Obsidian adding their style to it.  The game is really hard to match up with other console RPG’s  that are being released now a days like Dragon Age among others.

Bad camera system especially in co-op, 4 player co-op will not let you bring loot/items back to you game. Fairly short.

Almost a Re-dux of the RPG Dungeon Siege series offering a story, with co-op and an excellent combat system as you must gather a once wiped out legion together again.

A copy of this game was provided by developer/publisher for review purposes. Click here to know more about our Reviews Policy.
Tagged With: Dungeon Siege III, Obsidian, pc, ps3, Square Enix, xbox 360