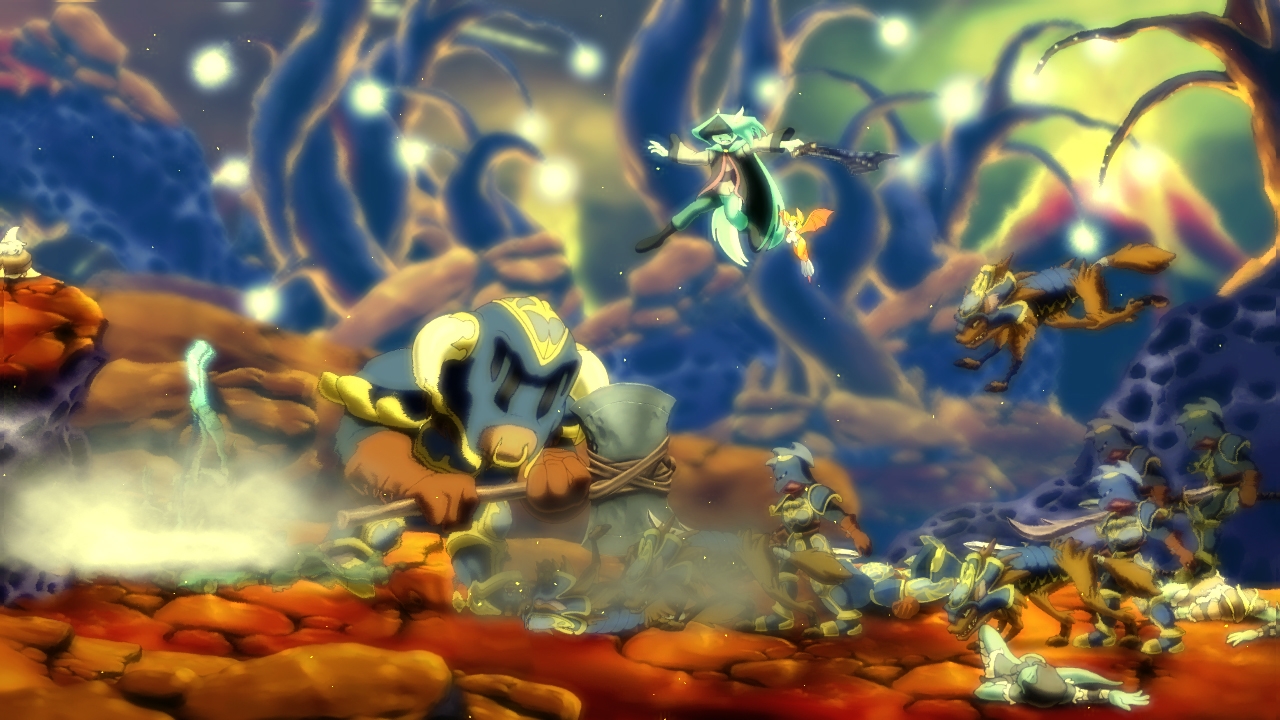 Humble Hearts’ Dust: An Elysian Tail, developed by a single indie designer Dean Dodrill, has been announced for the PlayStation 4. Through a very ham-fisted and somewhat adorable speech delivered by side-character Fidget, it appears that the game will run at 1080p resolution and 60 frames per second.

The game takes place in the world of Falana where the central character Dust wakes up in a forest one day with no memory. With the help of his weapon, the Blade of Ahrah, and its guardian Fidget, Dust sets out on a quest to discover his identity and find out just what’s going on. The game released on Mac, PC and Xbox 360, and has received rave reviews for the quality of its combat, gameplay and visuals.

Though no information was provided regarding a release date, Humble Hearts promises more details in the coming months. Are you excited to see Dust: An Elysian Tail heading to the PS4? Let us know in the comments.