The Adams brothers recently rejected an offer to use the game's name. 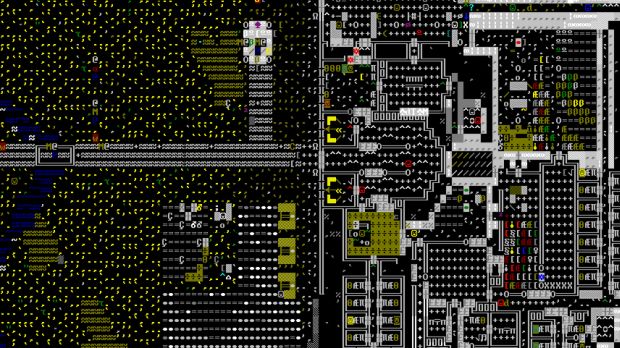 In a rather interesting interview, Tarn and Zach Adams, the creators of Dwarf Fortress, revealed to Gamasutra that they recently rejected a six figure amount from a publisher to use the game’s name..

Tarn Adams stated that, “There was an offer to use the Dwarf Fortress name – sort of ‘Dwarf Fortress: Subtitle’ or whatever – they wanted to brand one of their other games. And the amount of money on the table was six figures.”

Dwarf Fortress runs purely on donations, which the brothers post regularly, with last month totaling roughly $3350.10 alone. Why did they reject such a huge sum of money then? Why, on principle of course, and a bit of practicality.

“When you look at that you think well, there’s trade-offs. Does the brand get cheapened? Are you deceiving people? As long as they’re clear this is not Dwarf Fortress or whatever, and this is not Dwarf Fortress with graphics, as people call a lot of things that are coming out these days. As long as you’re upfront and honest, there’s not technically a problem with that – it’s our brand to piss all over if we want.

“I mean, if we had enough money suddenly to become independently wealthy and not worry about our health insurance anymore, then we’re working on Dwarf Fortress even more than before – who should complain about that?

“It would take a very philosophical person interested in way down in the details of ethical behavior, I think, to find points of concern there. I mean, I wouldn’t necessarily disagree with that person. But we’ve certainly talked about it, and considered some ramifications of that.

“If people saw that there was this other thing out there, we considered in the worst case scenario, then the contributions from people would just dry up, and we’d be sitting with this lump sum that would not have added up to 10 years’ salary or whatever. So do we want the stress of having to search for a new IP, or a new angle all of a sudden? We have some name recognition to be able to do that kind of thing perhaps, although it’s a very chancy thing.”

“Putting all your eggs in one basket like we have is a very chancy thing, right? I mean, it just takes a superior game to blow it all out of the water. There are no rules when it comes to copyright, or whatever.”