DLC that lets you smash up Zombies. Let's be having it then. 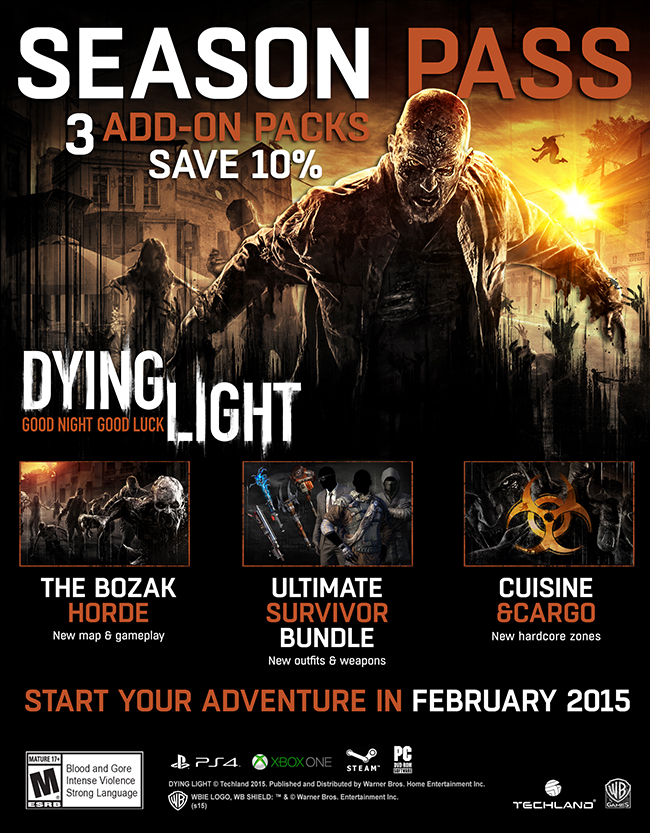 The newest offering from Techland, Dying Light, is receiving a host of DLC components that players can gain access to by way of a newly announced DLC Season Pass that will be available in February of 2015,. The February release date sees the Season Pass being released at roughly a week to a month after the release of Dying Light.

Dying Light, which is set to launch on January 27th of 2015 for PS4, Xbox One and PC will receive three DLC packs that are covered by the Season Pass. They are the Cuisine & Cargo pack which includes two hardcore missions that will test the players skills in the game. Tasked with investigating a sealed off set of buildings that were sealed during the first days of the out break, will you survive the infested interiors?

The Bozark Horde is the final drop from the Season Pass and it will give pplayersan all new map that is playable in Single player and Co-op where you will face the hordes in direct combat.

Will you be picking up the pass?