Just when you think your tired of playing video games at the E3 Convention, right around the corner is a booth babe that just sucks you right in with her beauty.  Before you know it your playing or previewing a game that may or may not be all that great.  Here are some pics of who I considered where some of the best looking both babes along with some extra babe content that should not be ignored.  No disrespect to women though of course, you ladies may might day.  I seem to be in every picture which I believe was insisted upon by the ladies.. you believe that right?  Booth babes were actually toned down a lot recently and at one point they were not at E3 to distract/persuade anybody away from other booths.  Sorry, but I just can’t remember a lot of the games they were promoting.  Anyway let the babes be seen. 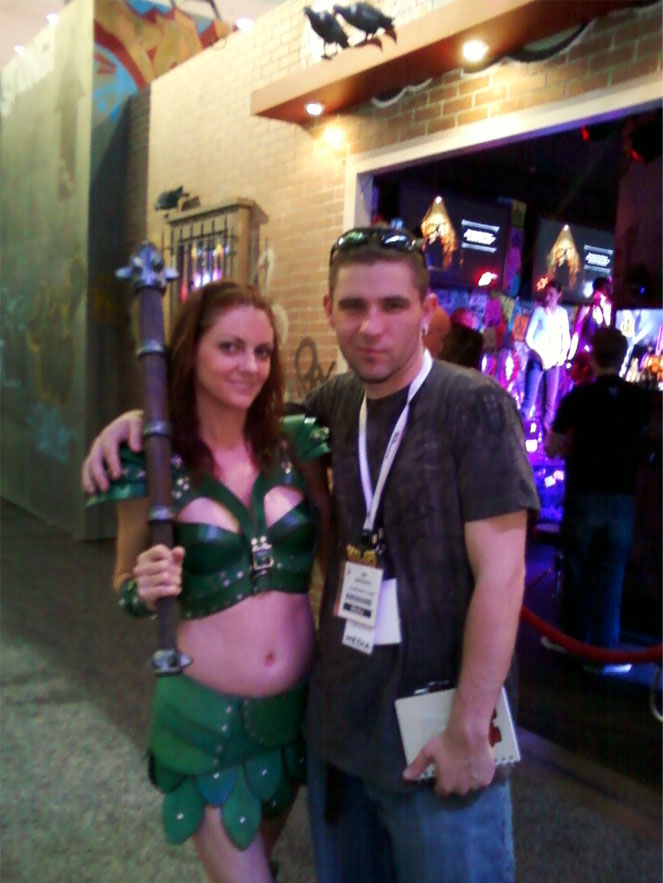 Can't remember exactly what game she was promoting. 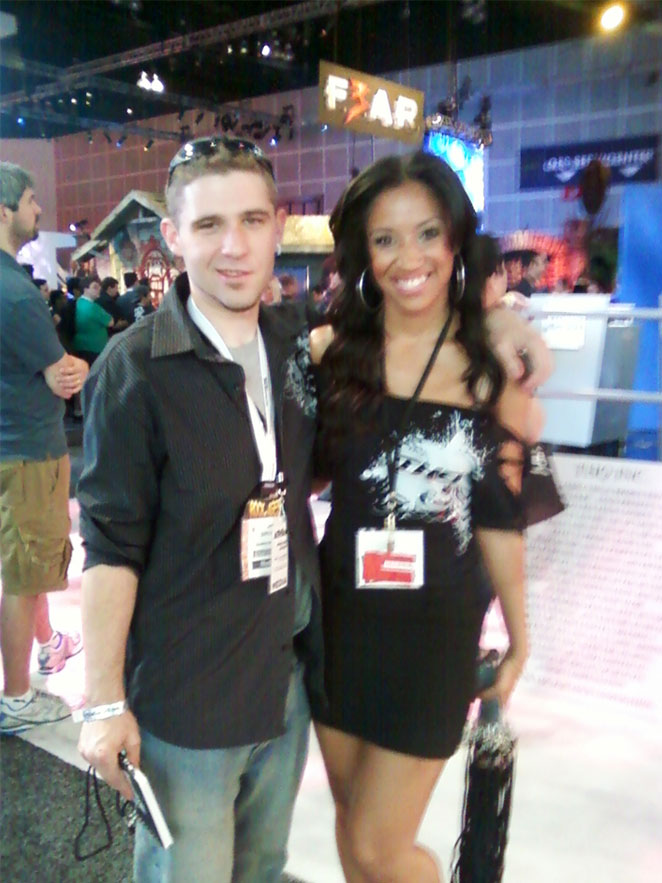 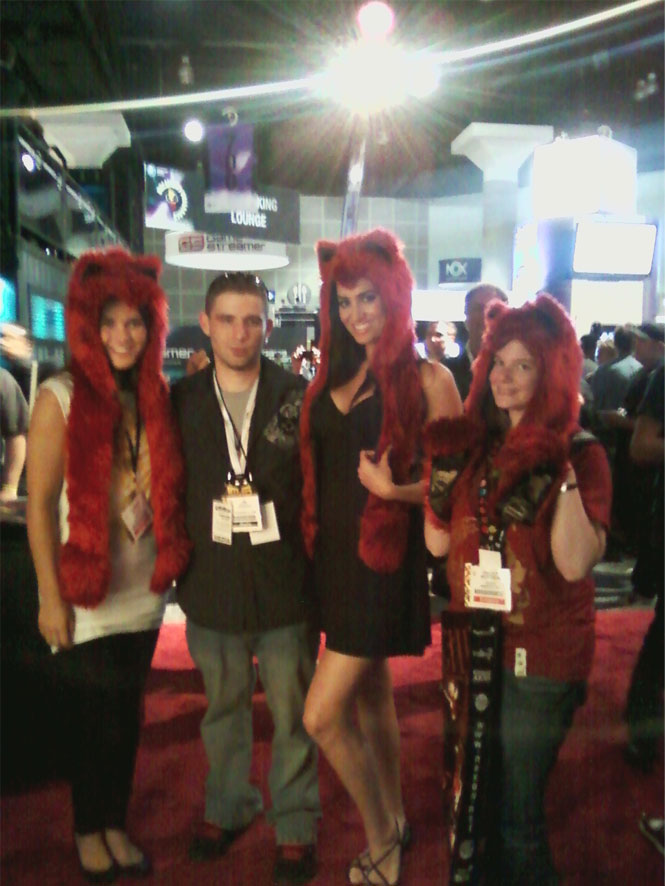 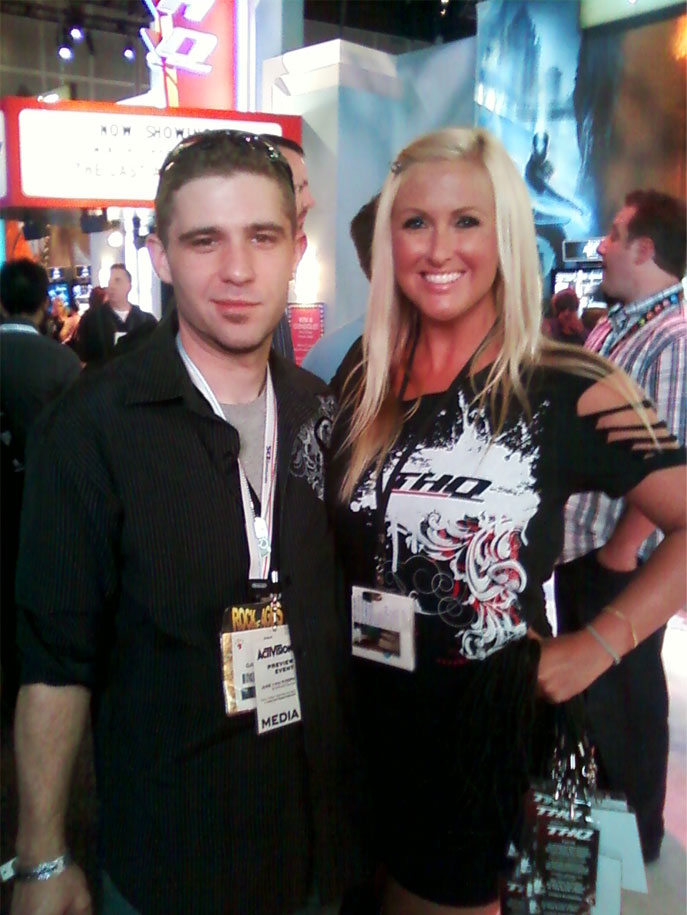 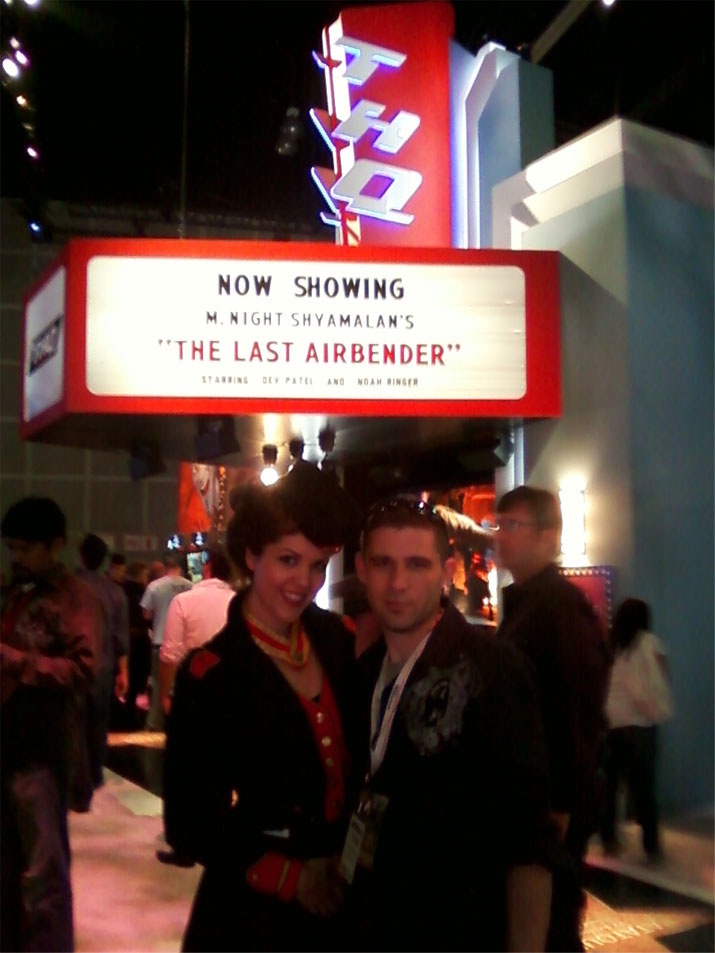 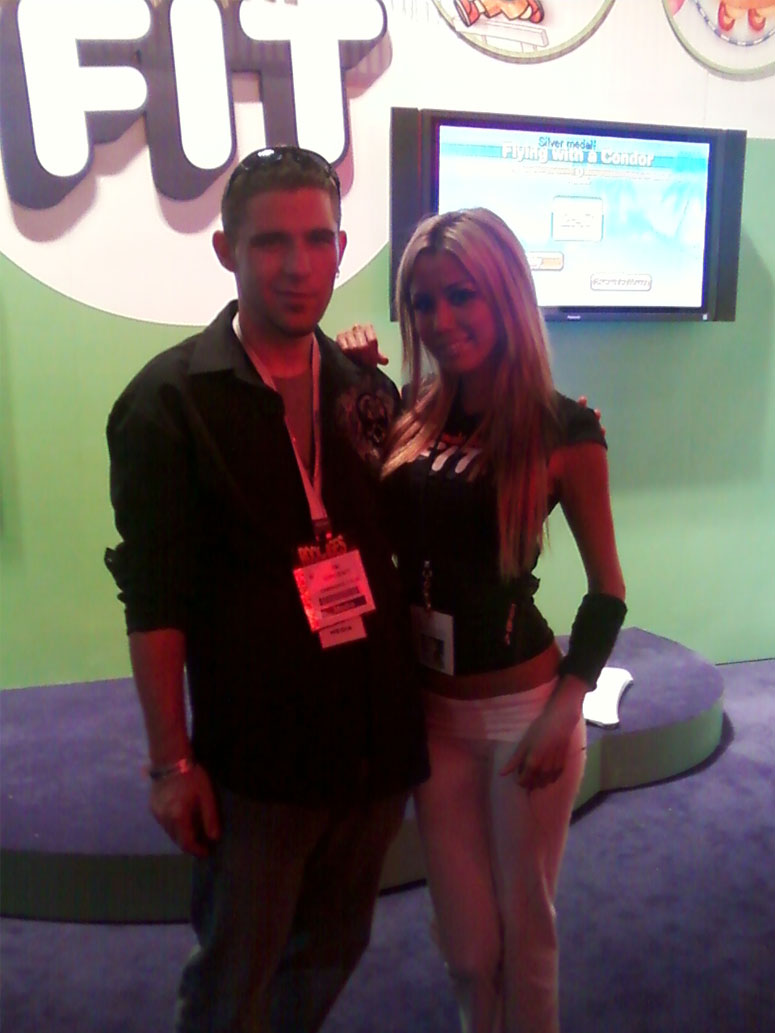 Wii Fit Booth Babe and she is indeed fit to say the least. 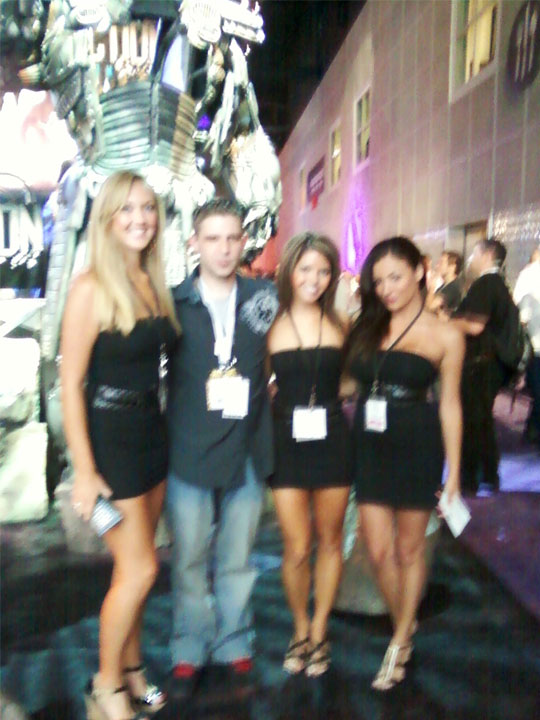 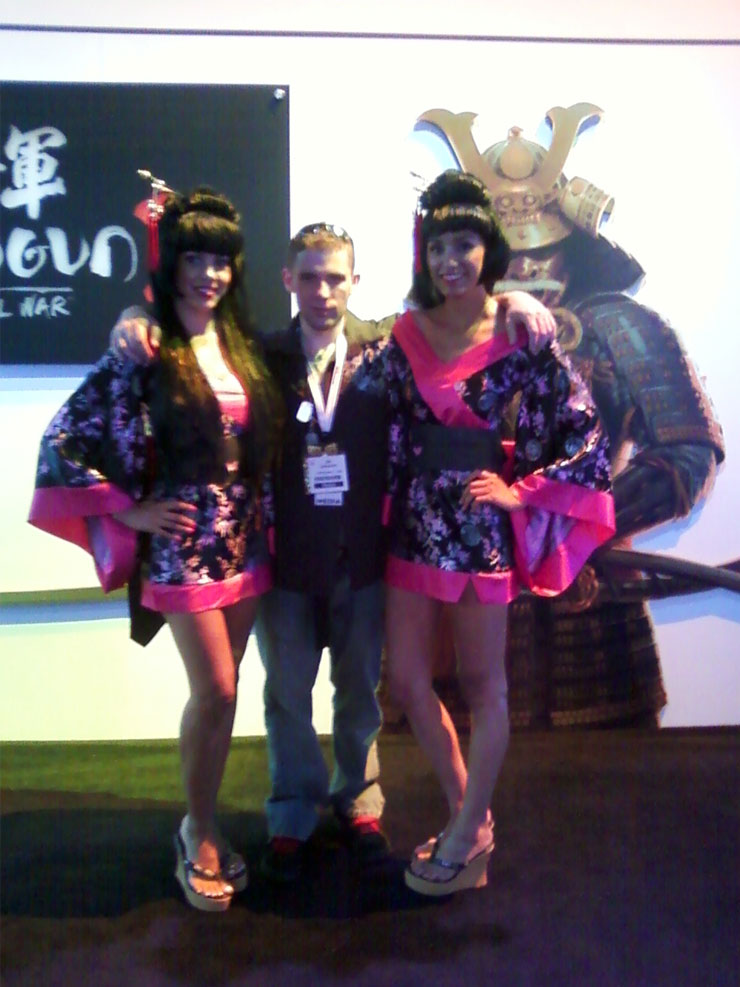 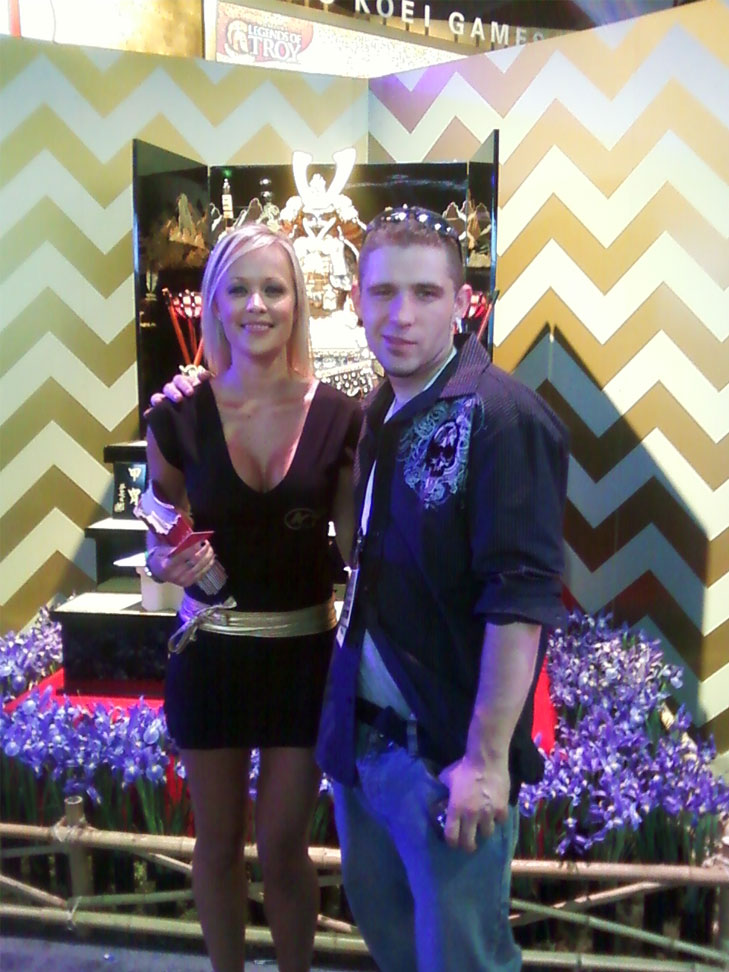 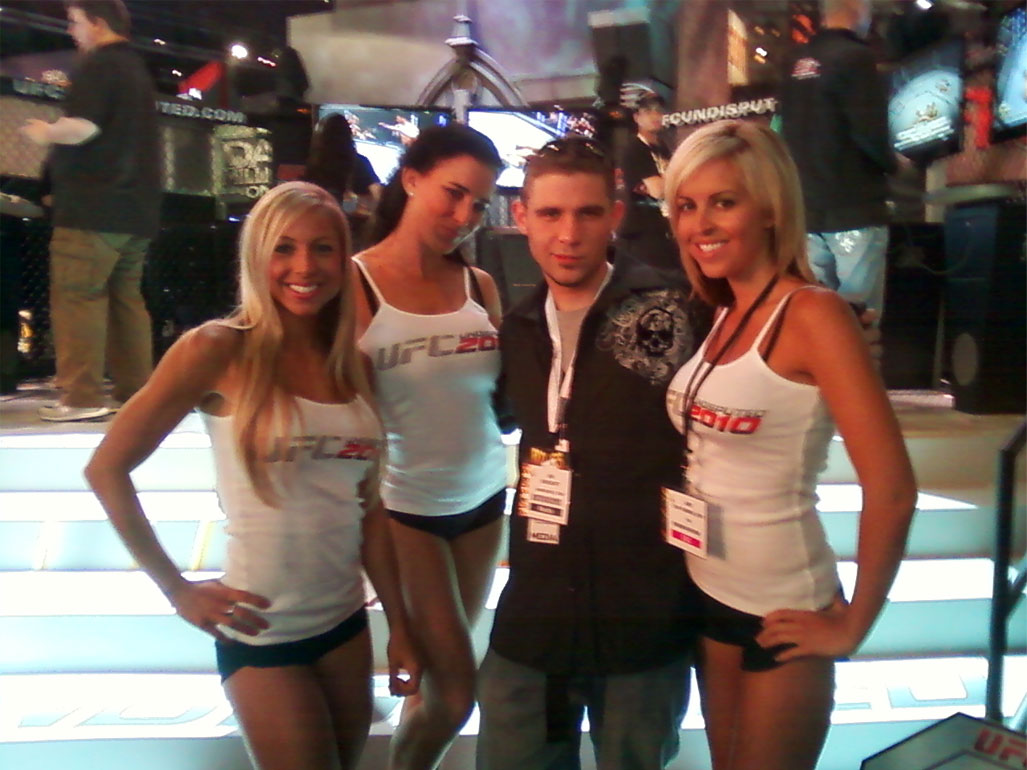 Just when you think the UFC can't get any better... ..it does. 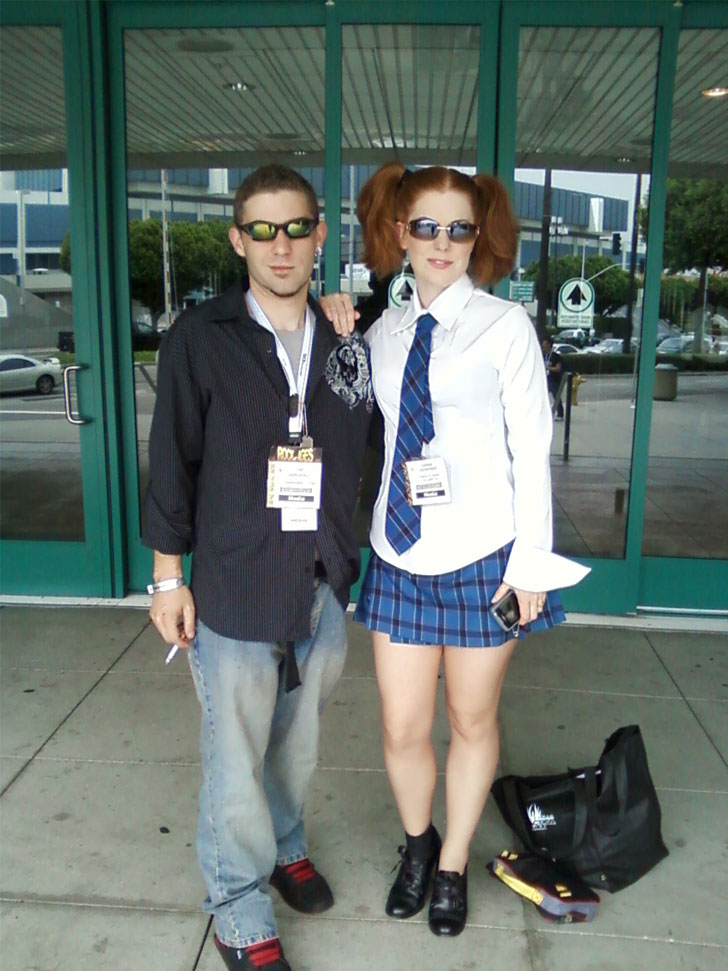 I honestly don't think this chic was a booth babe, but the outfit... A+ 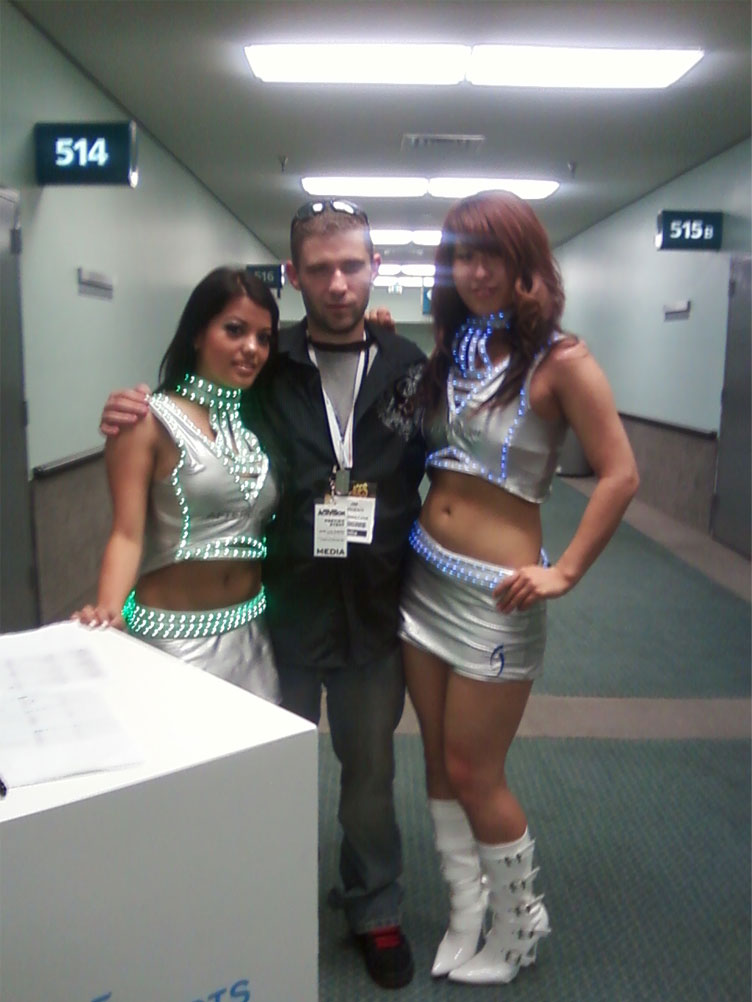 Babes from Space or something...?? 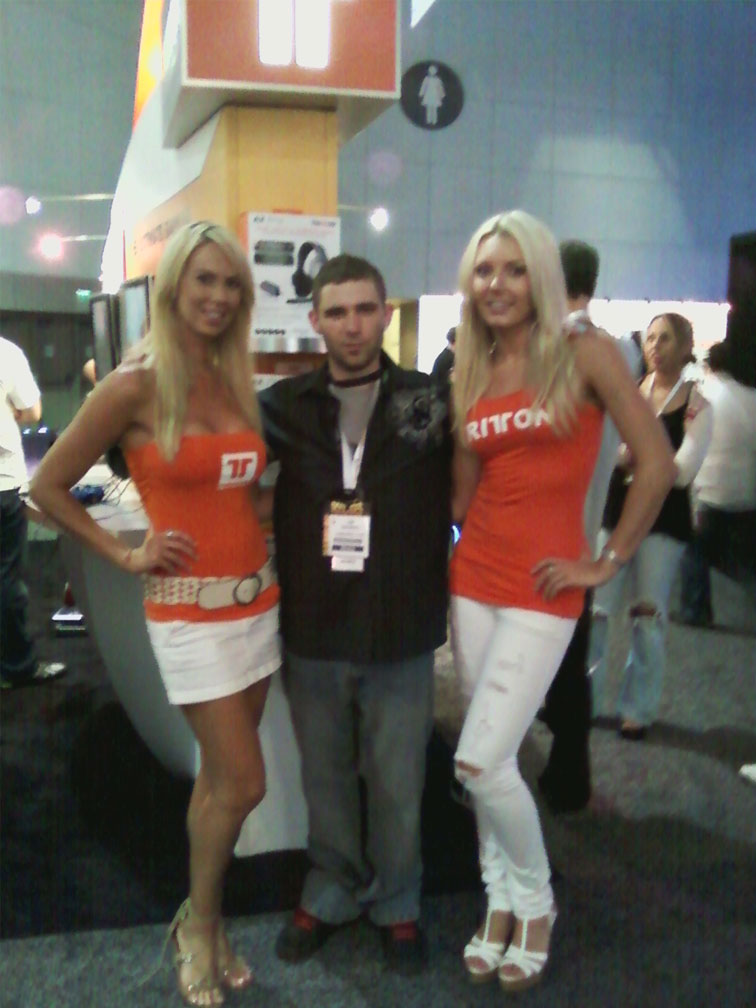 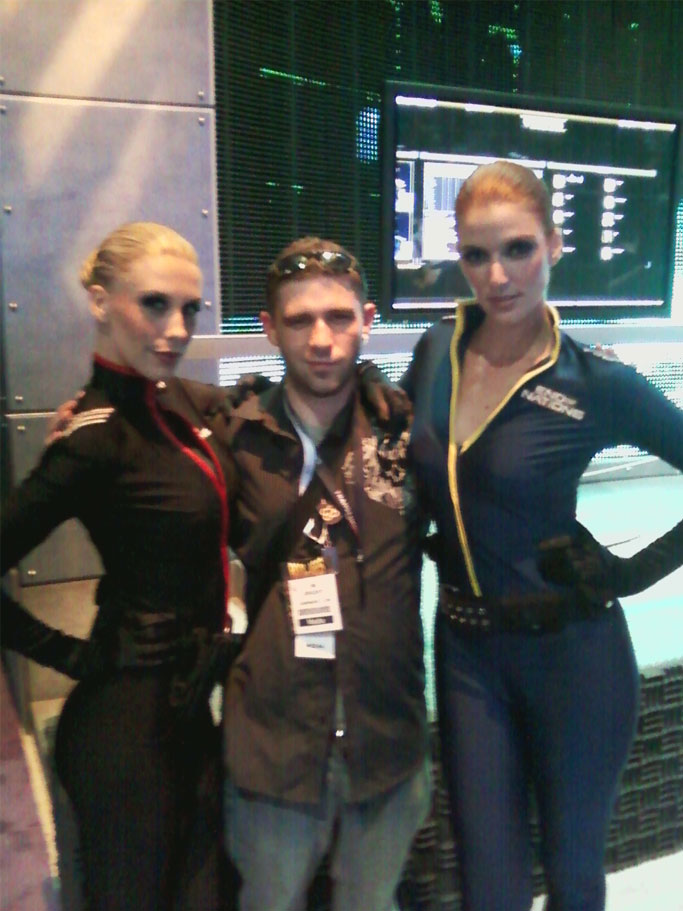 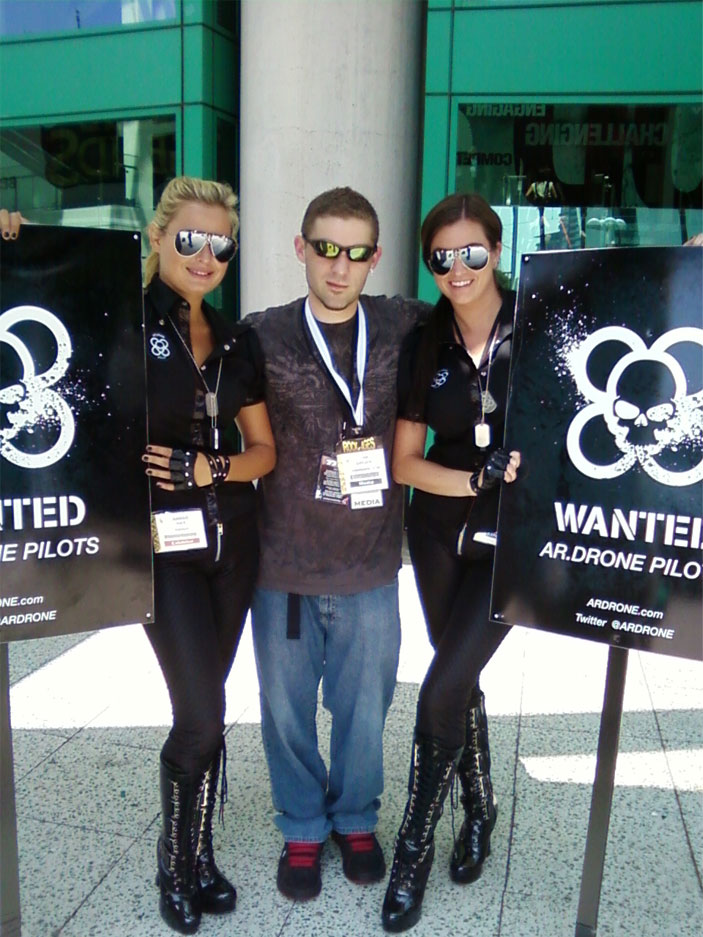 Some of the most impressive Booth Babes decked out in latex and it wasn't even for a video game. The AR Drone is a flying drone with cameras that you can control with your iPhone. 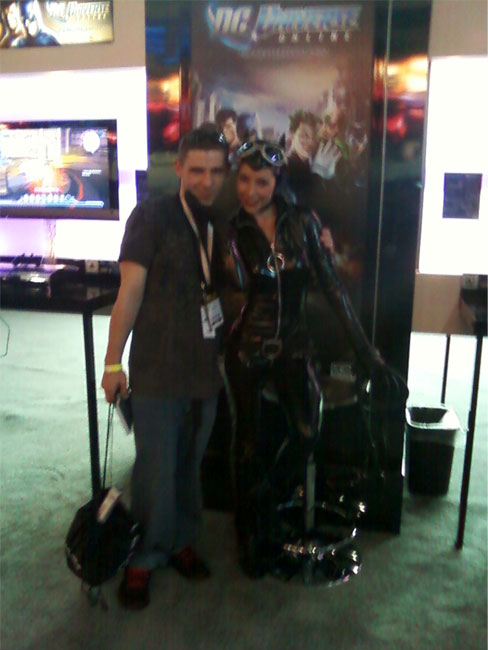 I want to say Cat Woman from DC Universe Online game coming out but I also don't want to get my ass chewed out by hardcore fans of the game or the DC Universe itself.

Now for some babes that deserve a little more than the booth babe title.  No disrespect to the lovely ladies above but here are some more familiar faces. 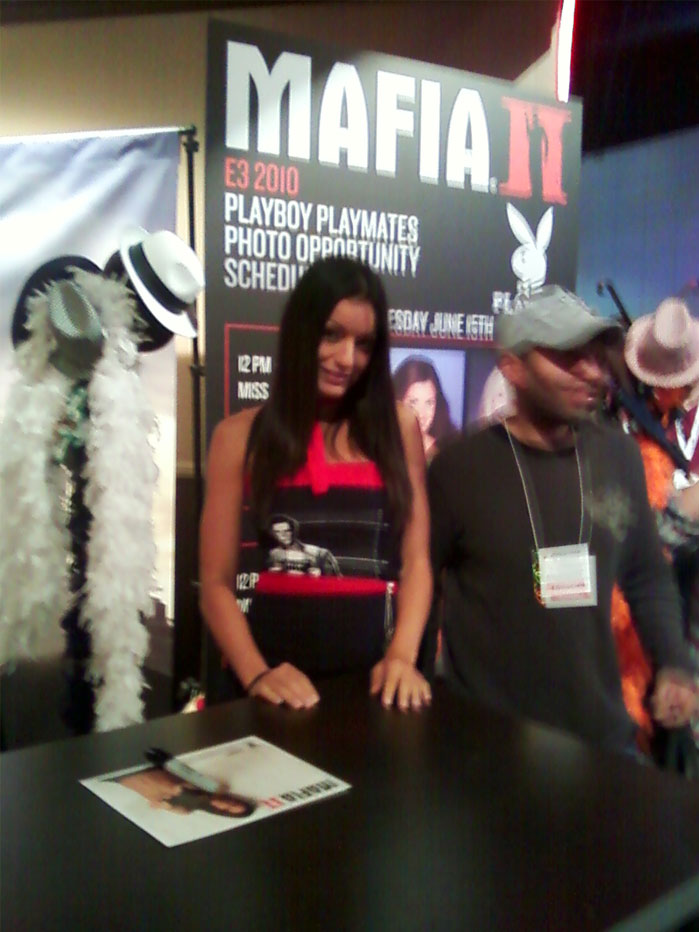 This is Playmate Model Jo Garcia Playboy's 2008 Cyber Girl of the Year and Playboy's the Gamer Next Door and aparrently might be seen in the Mafia II game. 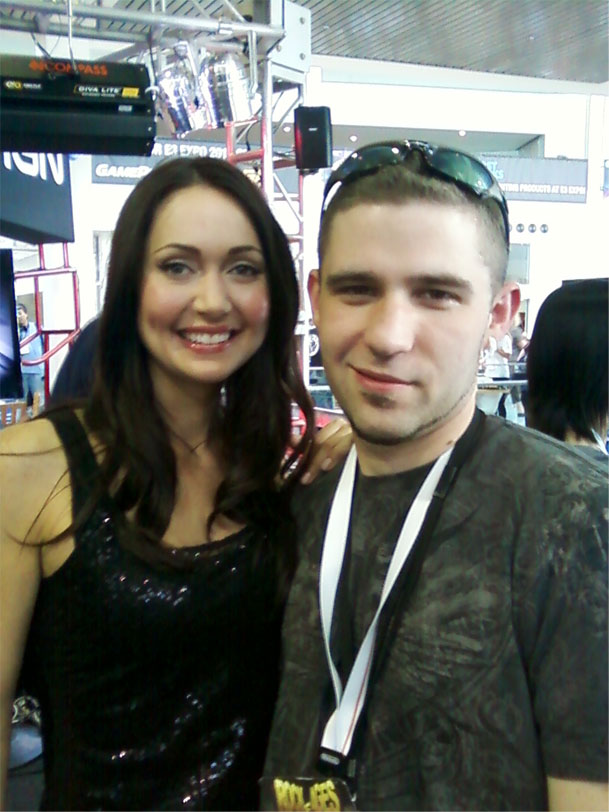 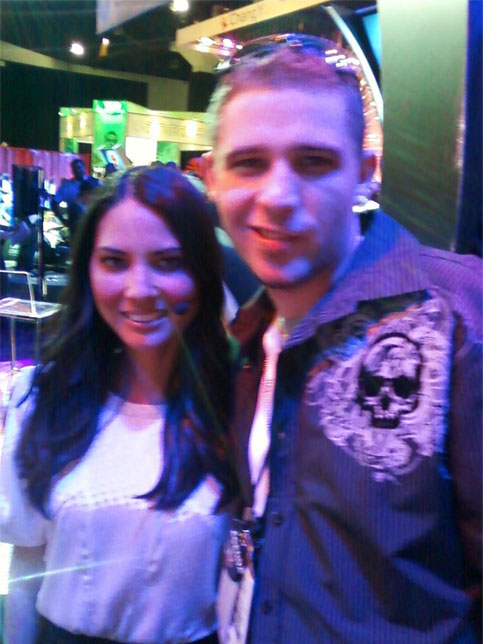 Olivia Munn from G4TV (Attack of the Show co-host) 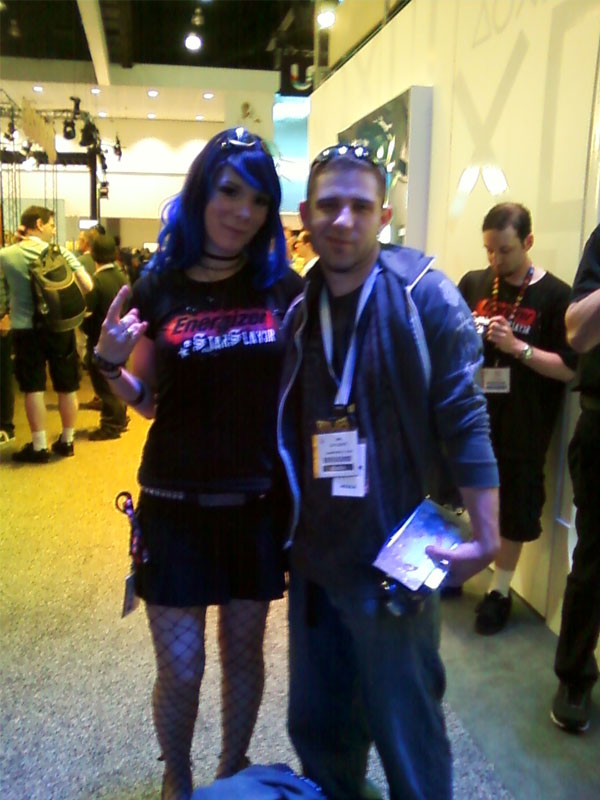 Me and 'StarSlayer' who is famous for her Guitar Hero skills but mostly because she can hold her own in a video game and she is a girl. She was also on a TV show about putting a bunch of random gamers to live we each other and take part in competitions... the show went south real quick.