"We’re excited about coming back in 2023 with both a digital and an in-person event," says ESA president Stan Pierre-Louis.

The ESA had previously confirmed that plans for an in-person E3 2022 had been cancelled due to COVID concerns, but a digital event might not replace it either.

"Sony is and will continue to be the biggest loser at E3 by skipping the show, and I think they really should wake up," says the analyst.

ESA president Stanley Pierre-Louis says E3 2021 "provides a real unique opportunity to learn this year what we can apply to future events."

Top Games We May See at the E3 2021 Nintendo Direct

With so many rumoured and confirmed upcoming Switch games in the pipeline, what can we expect to see from the Big N at this year's E3? 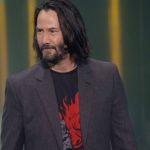 Some of the greatest moments in gaming history.

How Much Will Sony’s Absence Hurt E3?

With Sony no longer a part of the event, is E3 still as exciting as it once was?

Is your body ready? 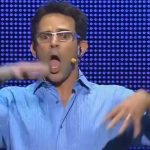 15 Most Embarrassing E3 Moments We Would Like To Forget

If only Mr. Caffeine could "doodly doodly doop" these moments out of our memories. 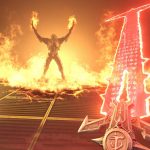 This year's E3 has a number of potential show-stoppers - take a look at 30 of them here.

The world has evolved, but E3 has failed to keep up with it, according to Sony’s Shawn Layden. 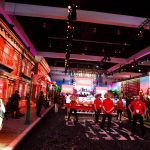 It’s about finding ways to innovate in how Nintendo communicates with its audience, apparently.

E3 Is Still Important To Us, Says Nintendo President

Nintendo still sees more user engagement during E3 than any other time of the year.

Phil Spencer talks about how E3 allows everyone to "come to one place and just share their love of video games."

Nintendo May Do Live Press Conferences At E3 Again in the Future, Exec Suggests

Nintendo says that it could go back to live conferences for future E3s.

Bethesda has something up its sleeve- but what?