How Much Will Sony’s Absence Hurt E3?

With Sony no longer a part of the event, is E3 still as exciting as it once was?

Anybody who follows the current events of gaming, even passively, at this point, is at least aware of E3. Maybe they don’t watch the live streams every year and only stumble across clips and articles that mention it every once in a while, but there’s no doubt that the Electronic Entertainment Expo is the most recognizable event in mainstream gaming news. As such, E3 has dominated the last two and a half decades of gaming news and developments with memorable moments that have made us laugh, cheer, cringe, and lots of things in between.

Everything from Sega’s historic 1995 announcement that the Saturn would be on store shelves immediately, to Sony’s epic takedown of Microsoft’s game sharing system with their sarcastic tutorial video, further twisting the knife that Microsoft had already stabbed themselves with, E3 has been the place for gaming’s most extraordinary celebrations, and hair-raising incidents. Despite this uncontested legacy, E3 seems to be losing some steam or at least experiencing a bit of a plateau, in the eyes of some.

Last year, one of the biggest names in gaming today, Sony Interactive Entertainment, brushed off E3 like it was nothing. Despite being the dominant superpower of modern gaming, the PlayStation brand simply had other plans in 2019. Not too many years prior, another titan of gaming, Nintendo, had done the same, and even now only has a limited presence at the conference. What’s more, just recently, Sony has confirmed that PlayStation will not be present at E3 again, making two years in a row.

Earlier this month, Sony released a statement saying, “After thorough evaluation we have decided not to participate in E3 2020… We have great respect for the ESA as an organization, but we do not feel the vision of E3 2020 is the right venue for what we are focused on this year.” Sony went on to elaborate a bit by adding that their “global events strategy” will be more fan-focused in 2020, which doesn’t really shed light on much in terms of what to expect from them, but one could assume they’re referring to their State of Play streams and proprietary events where they call the shots and set it up themselves, instead of paying massive sums of money to somebody else to use their stage.

This move is, as it was last year, a huge vote of their own confidence in the PlayStation brand to draw its own path through their own marketing strategy. This also more-or-less dispels the theory that Sony skipping 2019’s E3 was simply because they just didn’t have enough to talk about. If Sony has ever had anything to talk about, it would be during the summer of 2020, mere months before launching the successor to their wildly successful PlayStation 4. Yet, they’re still not interested in sharing an E3 stage with their competitors. As 2020 has a different set of expectations than 2019 did for Sony, Microsoft, Nintendo, and the major game publishers, so too does it for their fans. With that being said, it’s not crazy to wonder about whether or not E3 has lost its charm, or even worse, its relevance.

Some might not remember, but major gaming companies opting out of E3 is technically nothing new. Even back in the 90’s Sega and Sony both have had their own hiatuses from the event for various reasons. The main difference between then and now is that E3 no longer has a stranglehold on the audience. It is no longer the only way to reach the masses.

Surely with PlayStation being absent this year, last year, and potentially many more years going forward, the case could be made that E3 is less relevant. But not so fast. As the gaming medium continues to grow and expand, so does all of its most relevant mainstream events. The past several E3’s, despite which companies had a presence and which ones did not, have been record breaking in terms of viewership. Twitch and YouTube streams in particular seem to be garnering more eyeballs than ever in recent years, so at least in terms of raw viewership, E3 doesn’t appear to be going anywhere. The thing that seems to be changing the most is its character. Back in the late 90’s when E3 was still a relatively new thing, it was pretty much limited to industry insiders, journalists, and retailers. It spent the better half of the 90’s growing in popularity each year, except for a little hiccup when the show was held on the east coast instead the west where attendance plummeted. 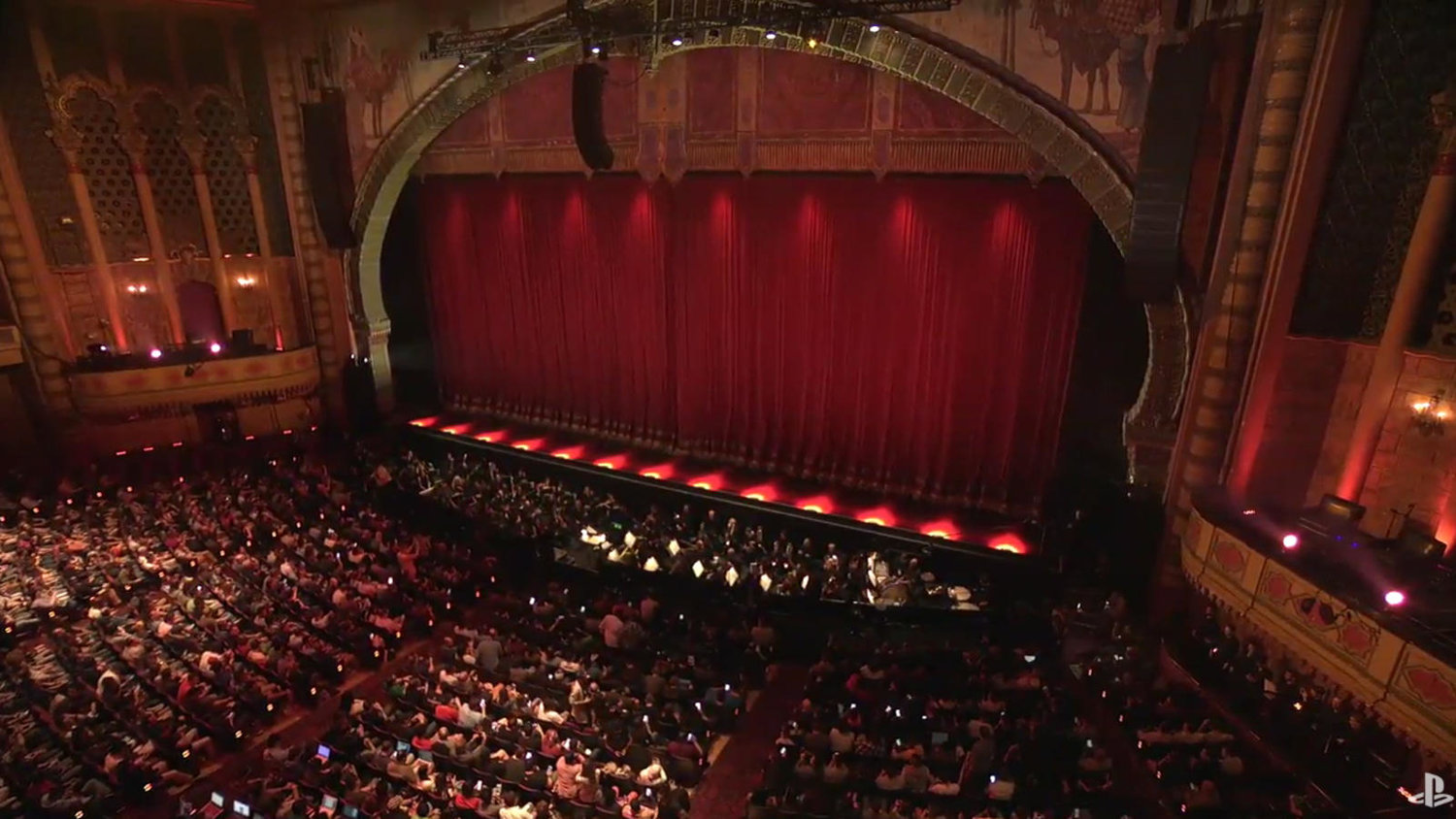 But outside of that, the show performed considerably well each year for the next several years. As the internet grew, so did the public interest. Live streams and even the folks from G4 had a field day with it on live TV. This was all well and good for several more years, but eventually the rising costs of having booths at the event would start to catch up with them. Publishers, developers, and even hardware manufacturers were all impacted by these multi-million-dollar expenditures, and many started to entertain the idea of not showing up to E3 at all. To respond to this, in 2009, the ESA would open the conference up to the public with a 45-thousand-person cap.

This was a way of generating more revenue and growth for the show while keeping costs for industry insiders in place. However, this stop-gap might have been too little too late, as live streams and Nintendo-direct style broadcasts were making more and more sense to these big companies than big, expensive keynote events where there was more potential for error. The momentum for these companies to manage their own events and market to their own consumers in a more direct way had already begun, and there was little E3 could do to slow it down and make their style of event as appealing as it was ten years ago.

As we touched on earlier, even many years ago, E3’s grip on the gaming world and their role as the gatekeepers between the people who sell games and the people who buy them has shown signs of weakening every year. Nintendo perhaps had figured this out first by replacing the keynote addresses with more carefully orchestrated Nintendo Direct presentations. Even still, Nintendo does have a presence with playable games and booths on the floor. Sony however, seems to be pulling out entirely and potentially for good.

They’re not alone though. Many gaming news outlets are also choosing to cover the event from afar rather than pay the fees attached to physically attending. Conversely, Microsoft seems to be planning on staying in and taking over the real-estate that Sony and Nintendo have left behind. Two very different strategies that probably do make sense for those entities, but for E3, there’s no question that the relevancy and charm of the coveted Superbowl of gaming is starting to wind down. It doesn’t appear to be entirely their fault by in large. Although last years data leak where over 2000 attendee’s personal information was publicly made available certainly didn’t help things, and will undoubtedly give influencers and journalists pause before returning. 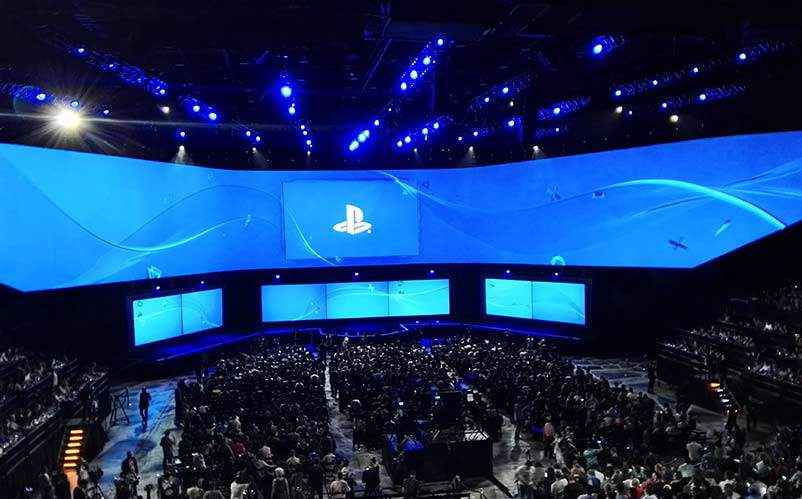 The charm of E3 as some big event that has to be attended and watched religiously by all gamers may not be totally lost at this point. Surely the live streams of 2020’s conference, and probably several years after, will see plenty of eyeballs and the conference will still generate plenty of memorable moments of camaraderie and chaos. But with the ability of journalists to cover it from a distance, publishers to manage their own marketing with similar results, and two of the three biggest names in gaming consoles not even having a keynote address, it’s hard to ignore E3’s apparent trajectory.