Frozenbyte, the developers of Trine, seem to be pretty excited about the upcoming E3, and they sure are trying their best to have us all pumped up for their reveals on the mega conference as well. Teasing their upcoming title, which is slated to be unveiled this Monday, they claimed it would be the ‘best title of 2011.’

“We couldn’t be happier signing our new game with Atlus. As an independent developer we felt that partenring with a publisher who is flexible and shares our vision of the game was the best way to bring the game out to a large audience. We can’t wait to unveil the mystery – I’m confident that we’re creating one of the best titles of 2011.” 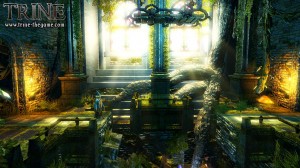 Considering Trine was darned awesome, I think they have me as a believer.

We’ll keep you updated on this.