Just a few minuted ago we had reported a few Kinect games getting leaked out. But this ones huge. Halo 4 is confirmed to be shown at E3 and so will Crytek’s Kingdoms.

Again this was mentioned at Microsoft’s E3 site (makes me wonder they leaked themselves!) 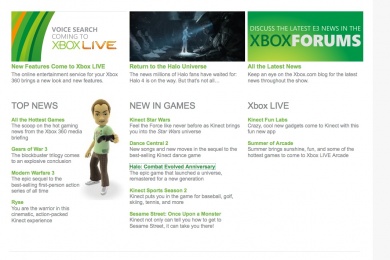 As the image above suggests, Halo 4 is all confirmed plus a Halo Combat Evolved Anniversary edition will also be shown at the presser.

Other rumors on the site include the following:

“The news millions of Halo fans have waited for: Halo 4 is on the way”

Halo: Combat Evolved Anniversary
The epic game that launched a universe, remastered for a new generation

Kinect Sports Season 2
Kinect puts you in the game for baseball, golf, skiing, tennis, and more

Also Crytek’s Project Kingdom finally has a name. It will be called as Ryse and will be Kinect based game.

Information on these games are thin at the moment. So check back with us late for more news and information.