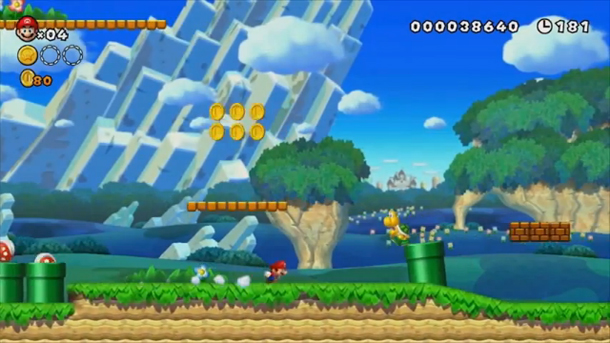 They said there would be no games until Tuesday, which is when Nintendo has its keynote, but they lied. Sort of.

It was there for a second. Maybe a little more, but it was blink and miss. However, it was there all the same.

New Super Mario Bros. Wii U. Take a look at it. 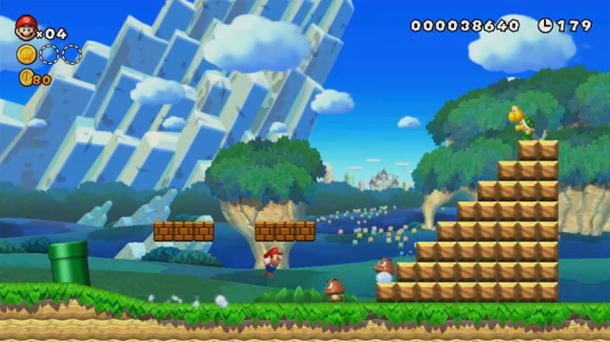 Thanks to IGN for the images