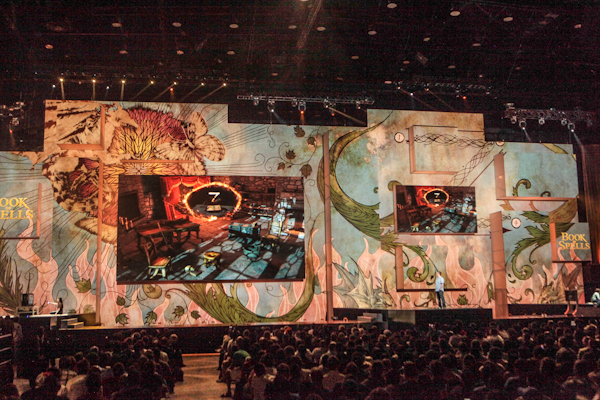 I didn’t want to post this, I really didn’t. But I was threatened with a reduced paycheck unless I did, so here it goes. Please don’t shoot the messenger. It’s really not my fault, I swear.

Anyway, the worst part of Sony’s conference was the Wonderbook. As bad as all of Microsoft’s E3 Kinect showings the last two years, and worse than anything Microsoft showed this year, Sony spent an inordinate amount of time on the thing, trying to sell us on… what, exactly? What exactly were they even trying?

What is thew Wonderbook, you ask? It is a ‘physical book that brings stories to life,’ allowing you to essentialluy play books. This is an option to integrate games and reading for children; JK Rowling has been brought in to provide this thing with its first killer app, a Pottermore tie in with a Book of Spells. In conjunction with the PS Move, the Book of Spells will let you learn and cast spells.

As for when it hits the stores… that’s Fall 2012. Stay away from it, then. And please don’t get any little kids you know this thing. Be nice to them.