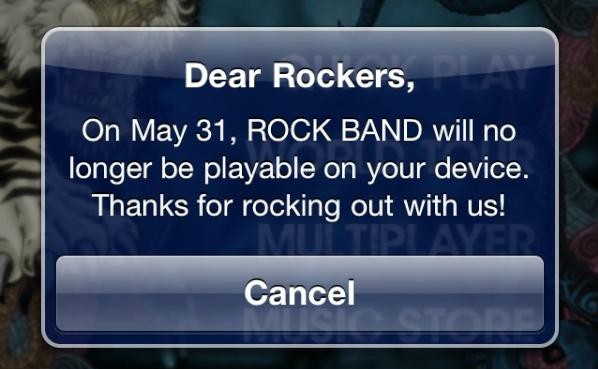 So Rock Band iOS won’t be closed on May 31st after all. We had reported earlier that users of iOS devices which had Rock Band installed received a message which stated “Dear Rockers, On May 31, Rock Band will no longer be playable on your device.”

There was a huge furor on the internet and considering EA’s image is sort of in shambles right now, they did the right thing.

Yes, they have said that the message was sent in error, and they won’t take away something you paid for.

“We apologize for the confusion this caused. We’re working to clarify the issue that caused the error and will share additional information as soon as possible.”

There you go — the power of the Internet. Or maybe, it really was an error message, who knows!