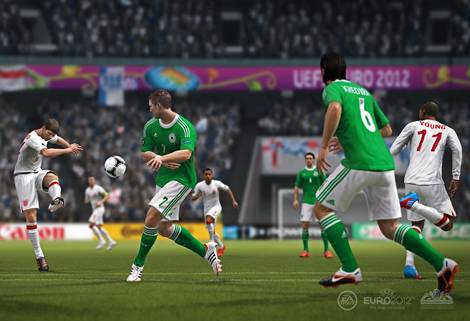 EA announced recently that FIFA Euro 2012 will not be a standalone retail game this year, rather a DLC expansion pack to the already released FIFA 12 at a cheaper price tag. While it certainly is an interesting direction, and users are praising this move, EA Sports has come out and explained why exactly they did what they did.

“We felt this was the best way to extend that experience and deliver fresh new content to our fans,” EA Sports’ communication manager Steve Frost told Gamasutra.

“We expect that some fans who may not have FIFA 12 will want to play Euro 2012 and therefore purchase both, but the bigger opportunity for us is to offer our loyal and passionate FIFA fans new content.

“We expect footy fans will want the opportunity to play UEFA Euro 2012 and experience what it takes to win the tournament under the same conditions their favourite nation will face in the weeks ahead.”

This certainly is an interesting move. Maybe FIFA World Cup 2014 won’t be a standalone release either. But then again, EA wouldn’t want to lose out on all the money.

What do you think? Smart move or not? Tell us what you think in the comments section below.