Everything You Need To Know About EA Sports UFC 3. 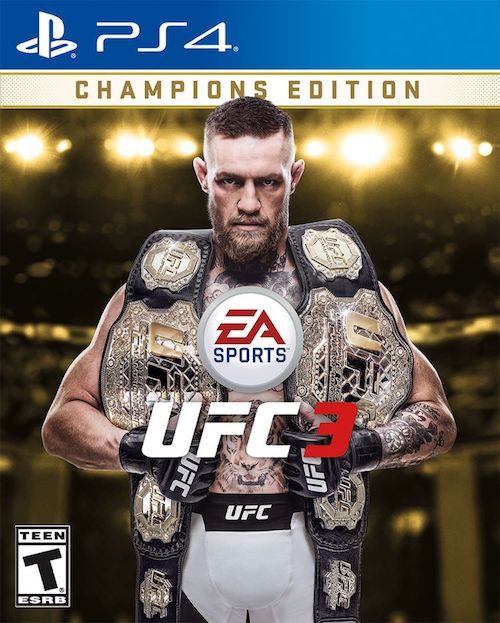 EA Sports UFC 3 is the latest MMA Fighter from EA Canada and published by EA Sports, following on from 2016’s EA Sports UFC 2. The game is set to launch on February 2, 2018 for the PlayStation 4, Xbox One. UFC 3 should polish many of the modes and mechanics seen within the previous game, while adding a new career mode, G.O.A.T Mode, which is pitched as being more in line with older sports titles as opposed to the newer experiments in the genre with FIFA and Madden like Long Shot.

Announced as in development, and released with a short teaser featuring several fighters on November 1, 2017, EA Sports revealed UFC 3 to the world with Anderson Silva, Joanna Jedrzejczyk, and Demetrious Johnson, while just two short days later revealing the official trailer for the game worldwide.

Following a closed beta, an open beta was held for the game in early December that allowed PlayStation 4 and Xbox One gamers to get in on the fun, and try out the mechanics of the game. During the beta, controversy was created over the inclusion of loot boxes in the Ultimate Team mode, as players perceived them to be predatory following Star Wars Battlefront II making them a huge topic of conversation. EA issued a statement to try to control the outrage, stating that the loot boxes only affect one mode and that their matchmaking logic will try to match players as closely as possible. It will be seen around launch what changes have come from the beta feedback.

Conor McGregor will spend another year as the face of the franchise, gracing the cover again. While there doesn’t seem to be full information on the roster available yet, it has been said that EA Sports UFC 3 will house the largest roster in the series. 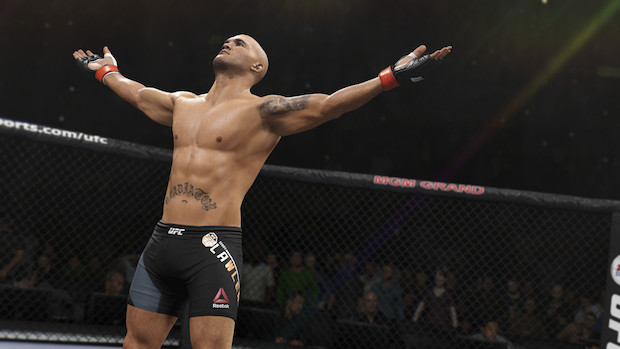 As the game is an annualized sports franchise, it can be assumed that the title will polish itself mechanically over the previous release in 2016 but ultimately play very similarly. The team has spent a lot of time creating a new set of over 5000 new animations to help smooth out the game experience.

The new G.O.A.T Career mode shepherds players from fight to fight as they build their career with their favourite fighter. Standing for “Greatest Of All Time”, players will begin in the World Fighting Alliance and their skills within it decide how they’ll make it to the UFC. Between matches, you’ll make decisions on training and promotion and have to balance the two for success. Neglect your training to gain fans and you’ll get flattened, and nobody will know who you are. An in game social media system also ties into these systems as players will get called out from time to time.

Modes from the previous game, like Knockout mode, Tournament mode and Ultimate Team mode return and should function as before. There has been much made about the loot box mechanics for Ultimate Team mode, and it remains to be seen how much of that will be changed by the February 2, 2018 launch. 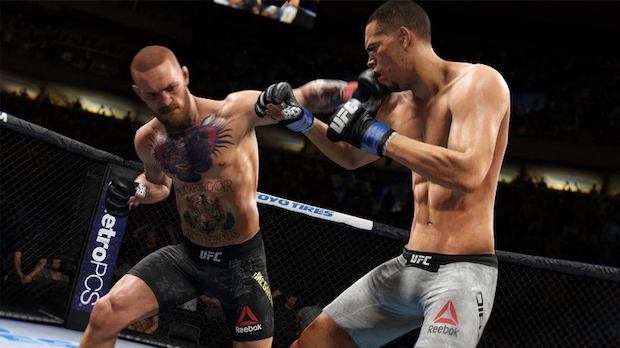 We know very little about the roster of EA Sports UFC 3 beyond the press releases telling us to expect the largest roster in the series. We can however, make an educated guess that based off of promotional material, at least 4 fighters are for certain involved in the game. Connor McGregor once again appears as the cover athlete on the game’s box, while Joanna Jedrzejczyk, Anderson Silva and Demetrious Johnson all featured in the early teaser trailer.