EA: “When You Buy A Product From Us, You Should Get Full Value for the Money You Spend”

You needed to learn this lesson? 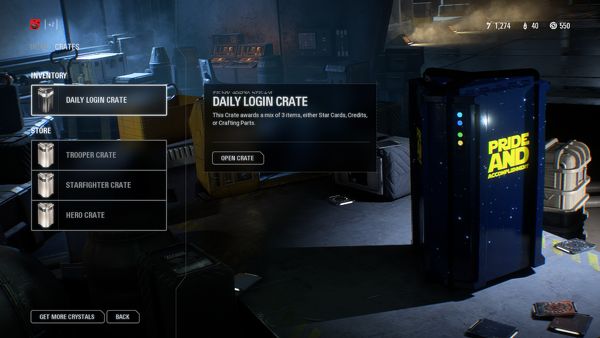 Following on from Star Wars Battlefront 2 kicking off Lootgate, which not only damaged EA’s reputation even further than it already had been somehow, but getting the attention of worldwide governments, some of which outlawed Lootboxes as gambling, EA has now discussed how they’re treating the mechanic in the future.

During E3 2018, it was revealed that both Battlefield V and Anthem would both eschew any kind of non-cosmetic micro transactions, which confirms statements made in April by Chief Design Officer Patrick Soderlund. Furthermore, Soderlund followed up in a recent interview with GamesIndustry that the policy is employed companywide.

“You have to look at it from the perspective of what’s fair. Fair is the number one thing. When you buy a product from us, you should get full value for the money you spend.” Said Soderlund, saying that the learnings from last year have resulted in a framework that means they can’t have an in game economy become pay to win. “I think it’s obvious we didn’t get Battlefront II right. So we have two options. We can either hide in the corner and pretend like we got it right and there’s nothing here to see, or we can admit the fact that we didn’t get it right, and we can course correct and show the world that we care. That’s the path we’ve chosen.”

Why Electronic Arts even needed to learn that gamers don’t take kindly to Pay to Win aside, do you feel like EA has learned their lesson, at least for the time being? Let us know down in the comments.