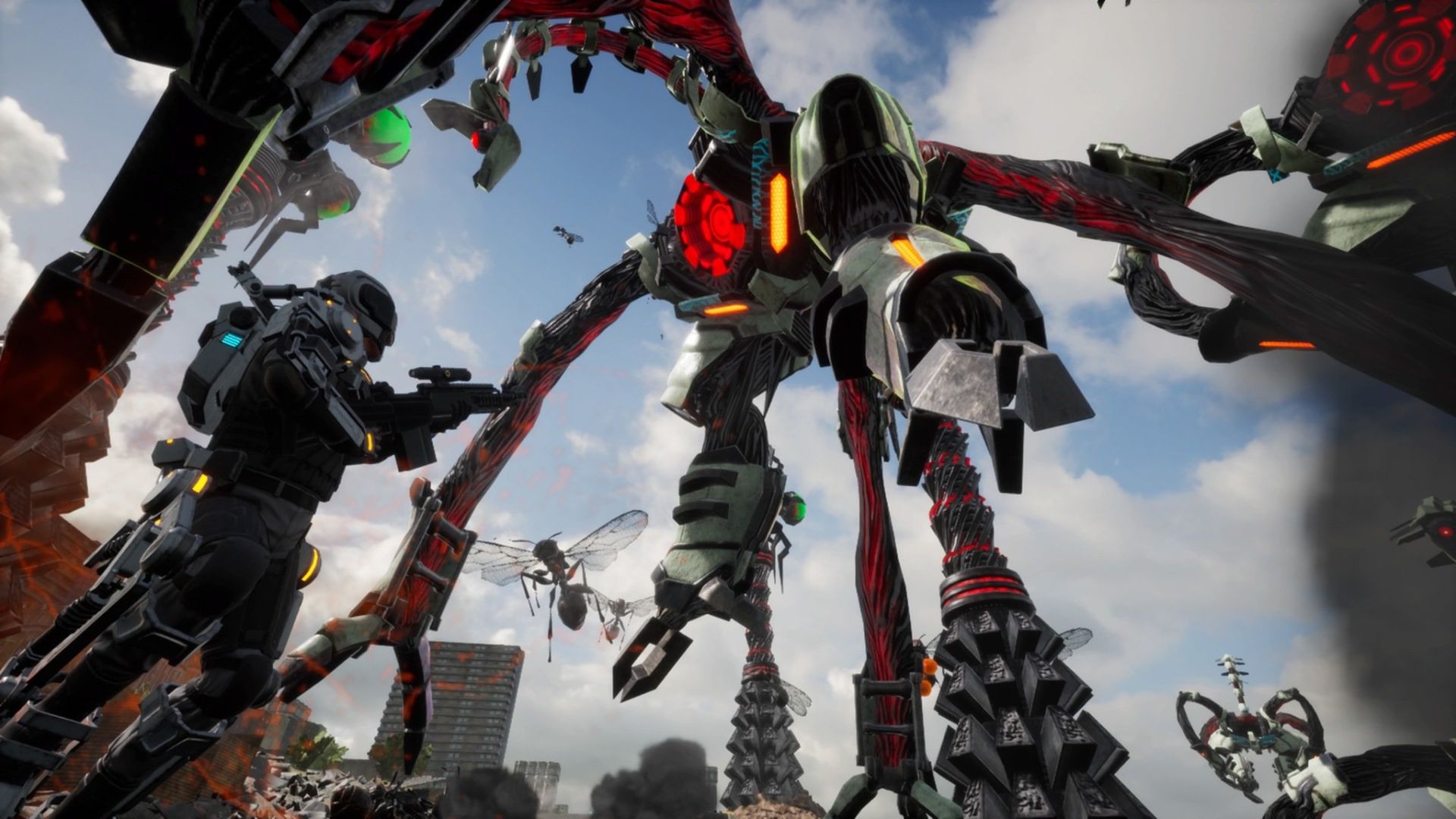 Earth Defense Force: Iron Rain, the newest entry in the long running third person action series, is close to release- but publisher D3 is warning that the game might be difficult to find at brick and mortar stores in Japan. As revealed via D3’s Twitter, the game has already seemingly sold out at many physical retailers in the country, with D3 encouraging people to buy the game from the digital PlayStation Store.

Whether or not this means the game is more popular than expected or due to a it being a smaller shipment is anyone’s guess, but the Earth Defense Force series has seen a slow increase in popularity in recent years, so maybe that’s worth thinking about.

The series revolves around the EDF as they fight against a variety of bug-alien monsters intent on destroying Earth’s human population. Earth Defense Force: Iron Rain is being developed by Yuke’s (known for the WWE games) and will release worldwide exclusively for the PlayStation 4 on April 11th.