MMOs are very often disappointing, because it’s very hard for a developer to build such a large game without any hiccups. The recently released Final Fantasy XIV showed us that even the best of developers can build the crappiest of MMORPGs. When I has a look at Earthrise, though, it seemed different to me. It showed a lot of promise to me. While the premise of the game- a game set in a post-apocalyptic world after the catastrophe caused by The Third World War- was nothing new, it just seemed like a highly polished MMO that would take up a lot of my time.

When I got my review code for Earthrise,  was very excited. I immediately downloaded and installed the game and started playing it. From the very first moment, the game gripped me and immersed me. It seemed I would finally find an MMO that was good enough to give fierce competition to the legendary World of Warcraft. The world of Earthrise was beautifully constructed, with the city of Sal Vitas, Exodus Island and The Nest being my favourite areas in the game. Climbing the social ladder was a gratifying process, character progressions was deep, and Player vs Player was definitely one of the highlights of the game. 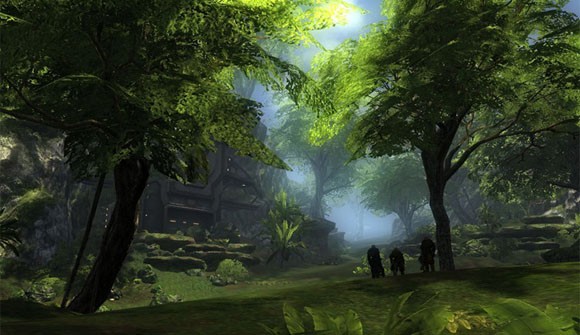 The world of Earthrise is huge…

Earthrise is a very deep game. It’s combat tends to shift towards the shooter genre sometimes, but the overall gameplay is very RPG-centric. The gives us freedom on almost everything. Firstly, there are no classes in Earthrise. You get the freedom to develop your character in any way you want to- side with any of the forces at any given time, switch from one specialization to another… it’s all up to you. The character progression is basically interlinked with combat and crafting skills.

You also have the freedom to customize your weapons and armour. You can change it’s look, change some of it’s parts. Basically, everything in Earthrise can be bought or sold- you never get awesome weapons, armours or upgrades at the end of a boss battle or a dungeon. This also means that the game has its own economy, which you have to build. You have to buy everything, and almost everything you buy is customizable.This leads to what is called “Crafting” in the game. Crafting is extremely fun. You can assemble entirely new weapons with the equipment you buy. While this technique can get extremely difficult to master, it produces gratifying results. I spent a lot of hours creating my own equipment with all the stuff I had bought or gather throughout the game.

Another great addition in the game is Player vs Player. The PvP mechanics in Earthrise are heavily interlinked with the in-game economy and itemization in an enormous open world. Players have to cooperate with one each other so that they can coordinate and acquire crafting stations. They  also have to conquer bases to gain access to better crafting options and resources, and to participate in story based missions. 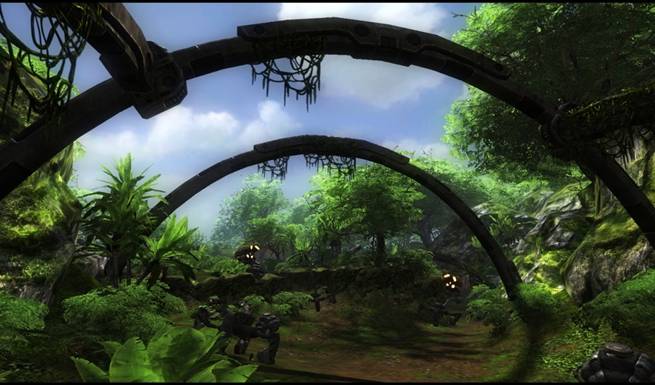 What is most impressive about this game, though, is the world. The world of Earthrise is literally huge. It took me hours and hours on end to explore every nook and cranny of the world, and I still don’t think I’ve explored the world thoroughly enough. I think it’s just one more reason for me to keep coming back to play Earthrise.

The world and its inhabitants are really well developed, with rich, deep back stories that make the world ever more believable and immersive. The world and the history the developers have created here feels like a lot of time has been spent on it, and I would like to commend Masthead for this feat.

The story of the game, though, is pretty standard stuff. While it is rather well presented, and immersive enough to keep us thinking about what will happen next, it’s not any different from other cliched post apocalyptic stories we have seen in other games. You definitely expect something better from an RPG, especially one that has such a well developed world and characters. The visuals also aren’t perfectly polished. There are some jagged corners, bland textures, pop-ins and other minor hiccups that might annoy some gamers. 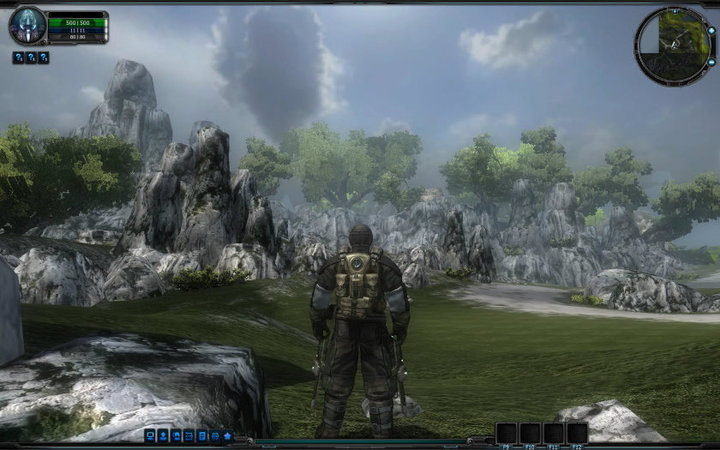 Overall, Earthrise is a really addictive and immersive game. The amount of freedom it offers, and the complexity and depth of its gameplay will definitely attract all RPG fans. The world is really well developed. I think Masthead studios have done a great job with finally delivering an MMO after a long time that is actually worth playing.

Final Verdict:
SUPERB
Earthrise is an extremely fun game. Rarely do we ever get MMOs that are as engaging as this is. Some few bugs and storyline stutters aside, Earthrise is a great game.
A copy of this game was provided by Developer/Publisher/Distributor/PR Agency for review purposes. Click here to know more about our Reviews Policy.