eFootball Pro Evolution Soccer 2020 Interview – Back In The Game

eFootball PES 2020 is back in the game, and this time under a new name. With a load of new mechanics and attention to detail, it looks as though the developers at Konami have really been paying attention to player feedback. And with growing competition from the likes of FIFA, what can PES bring to the table that hasn’t been seen before? We had a chance to sit down with European Brand Manager Lennart Bobzien and ask him exactly that. 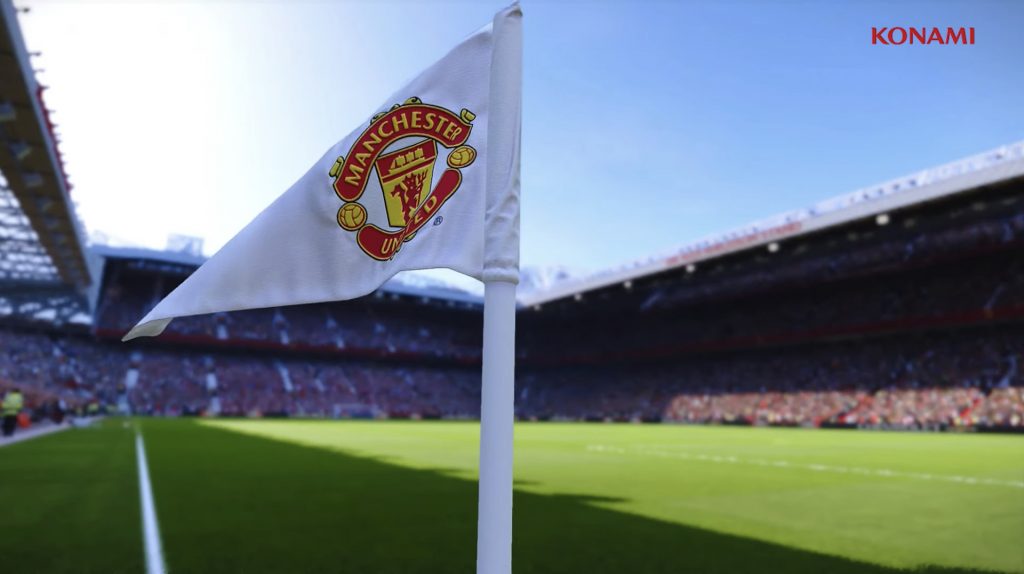 "We decided to include eFootball into the product name. We want to make clear moving forward that esports has a very, very big role in our product in terms of tournaments."

What was the motivation behind the name change behind the game with the addition of eFootball?

We want to underline our focus on esports. We decided to include eFootball into the product name. We want to make clear moving forward that esports has a very, very big role in our product in terms of tournaments. But also the opportunity for players to grow in esports with our product.

Most football fans want to know what is PES doing differently this year and how you plan to the franchise better?

Obviously, gameplay is very important for us. The team worked on the gameplay this year. They’ve worked closely with Iniesta who became a PES advisor. He gave us loads of input in terms of realism, where we should tweak the gameplay to make it more realistic. We included something called Finesse Dribble, which is a new dribbling technique that can be done with the right stick. We worked on our brand identity— from the main menu to the in-game camera. These changes are based on feedback from our community— that’s something we’re really looking forward to to sharing with the fans.

Master League has been updated. Master League is like career— where you start from scratch and build your club, progress, and you win championships. This mode is in a three-year development plan. We are in year two of it. We’ve got new features such as realistic transfer system, to active cut scenes, dialogue system, you have your very own story. We also added Legends to this mode. Also we have a completely new mode called Match Type. Match Type reflects the real world derbies — or rivalries — in the real football world. During the week, thousands of players play for one side or the other side, and at the end of each week we have the big final where the best player will play against each other. Online you can watch everything through a live stream. It’s a competitive element but it’s also a community mode. It’s something we’re really excited to share with our fans.

The graphics for eFootball PES 2020 seem to be leaps and bounds above last year’s game. What work was put into accomplishing this?

The graphics already are really good in the game, really amazing. This year the team worked on certain elements. One of it is the lighting engine. We improve the lighting engine, the players, the stadiums, the stands. Now they’re all brought to life. Also the dynamic lighting which is among the shadows which have been improved and made more realistic. And our 3D scans or photo realism and player likenesses. 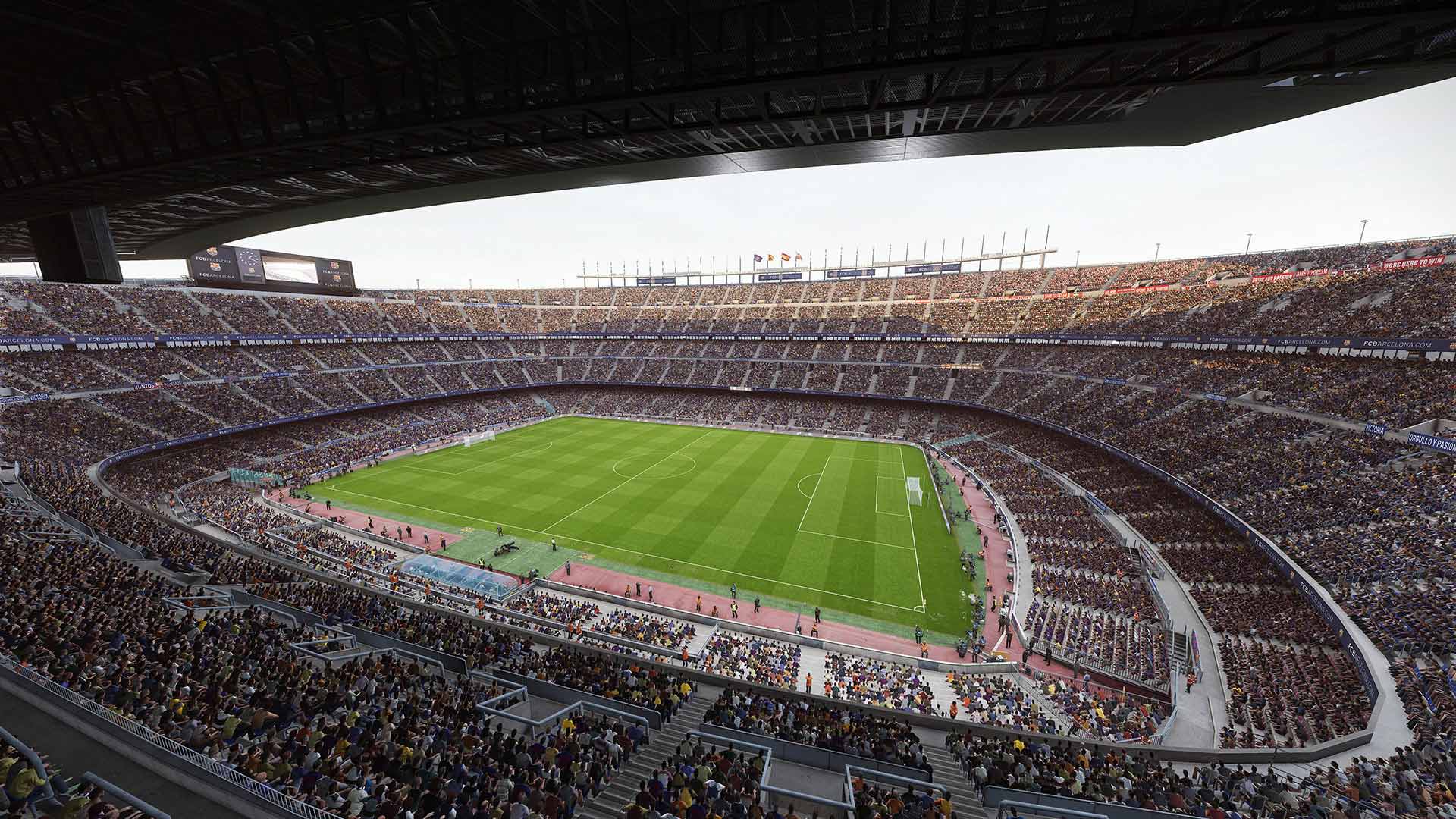 "Player animations have been added, additional skills that have been added to the game. We have a new feature called Inspire. This feature is around the players individuality, skill set, but also how the teammates are behaving."

What improvements have you made to moment to moment gameplay?

Player animations have been added, additional skills that have been added to the game. We have a new feature called Inspire. This feature is around the players individuality, skill set, but also how the teammates are behaving. So if you play with someone like Messi, who is a very good dribbler, your teammates will be ready accordingly. So they’ll spread out to give you space so you can do the dribble. If you play with someone who is very good at passing, like Iniesta, your players will get into the right direction to get into position to receive the ball. So the AI overall is way more adaptive.

One of PES’ biggest issues in recent years has been matchmaking and servers- what improvements is 2020 making on that front?

Our development team are aware of certain challenges we faced last time. And they’re working on improvements for this one. The online mode is super important for us when it comes down to esports. Our team is focused on making the online experience better.

Lack of licenses is something that the PES games often draw criticism for- what are your thoughts on that? Do you feel it has a tangible impact on the quality of the game, or is focusing on on-pitch improvements more important in your view?

“Lack of licenses” is a bit harsh. Because last year for example, we added loads of license, especially in Europe. This year, all I can say— I can’t going to detail— we’ll make more licensing announcement soon. So in the next couple of weeks, months will announce new licenses. 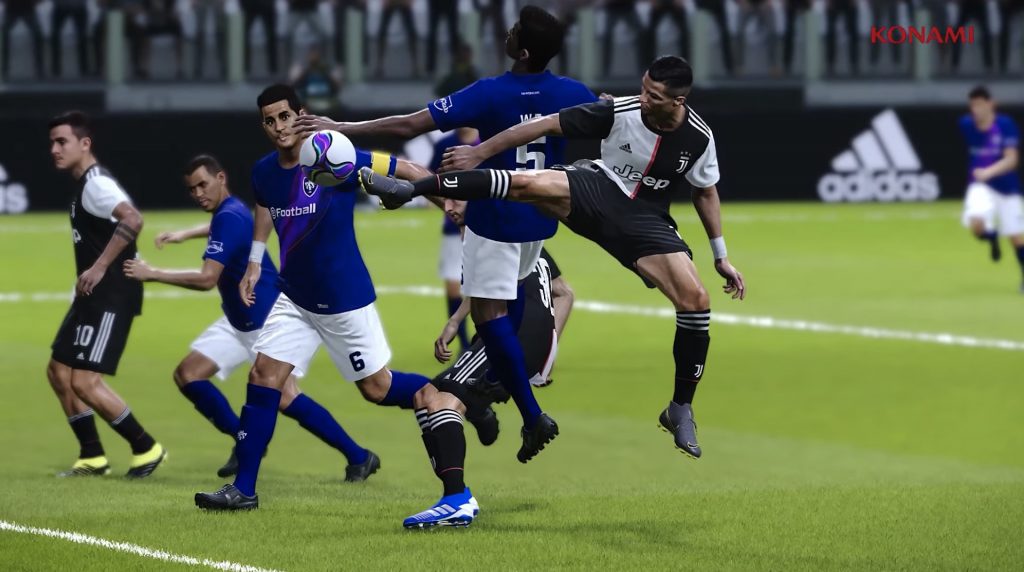 "We cannot go into details regarding [PS4 Pro and Xbox One X] specs. We’ll, most likely when the demo’s coming out, we will reveal more information about that, as well."

We cannot go into details regarding those specs. We’ll, most likely when the demo’s coming out, we will reveal more information about that, as well.