Eiji Aonuma on Zelda: “Why Does it Have to be Traditional?”

The Zelda producer and director talks about being tired and doing things differently. 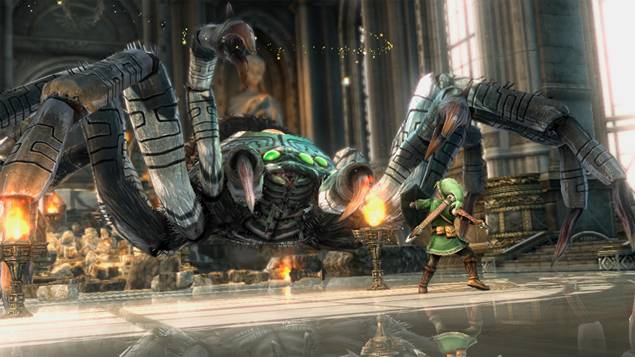 Though Shigeru Miyamoto talked about how producers at Nintendo are taking some of the stress off his hands, there’s no denying that Zelda producer and director Eiji Aonuma has been on the franchise for a long, long time. In fact, recently there was a statement made by Aonuma in which he stated that “If I’m getting tired of it, then I’m sure other people are getting tired of it,” which made people thought he was tired of working on the franchise.

However, speaking to 4Gamer, Aonuma replied, “I see. When I say I’m tired, I’m not talking about making Zelda, but rather, the same constituent that has been used to make Zelda up until now. While on the subject, in regard to how we’ve always done things the traditional way until now: ‘Why does it have to be traditional?’ That’s the question I’ve been asking myself.

“If we don’t change that, we can’t make something new. We’re slightly approaching The Legend of Zelda: A Link Between Worlds with that mindset, and also the next Zelda title, which we intend to continue changing. However, this brings us to the topic, ‘Exactly what is The Legend of Zelda about?'”

A Link Between Worlds tries to invert the formula slightly by making special items and weapons available at the start, thus allowing you to approach dungeons in any order you want. “Something that is ‘traditional’ is in a sense often something that copies previous works, so if you continue doing that, it gradually takes away from its uniqueness. So we’re currently working on making those parts more and more unique.

“So, by no means, am I tired of it. Rather, the more we change it, the more I get fired up. Having someone think ‘Huh? Is this Zelda?!’ at first, then ‘Oh, it is Zelda,’ is what we’re going for. Something that wouldn’t make it matter whether Link or Princess Zelda appear in it or not. Something where it wouldn’t even matter if Zelda is actually a princess, or not.”

The Legend of Zelda: A Link Between Worlds releases on November 22nd for the 3DS.