The developers of Eiyuden Chronicle: Hundred Heroes have released character profiles for 5 characters in the upcoming RPG. 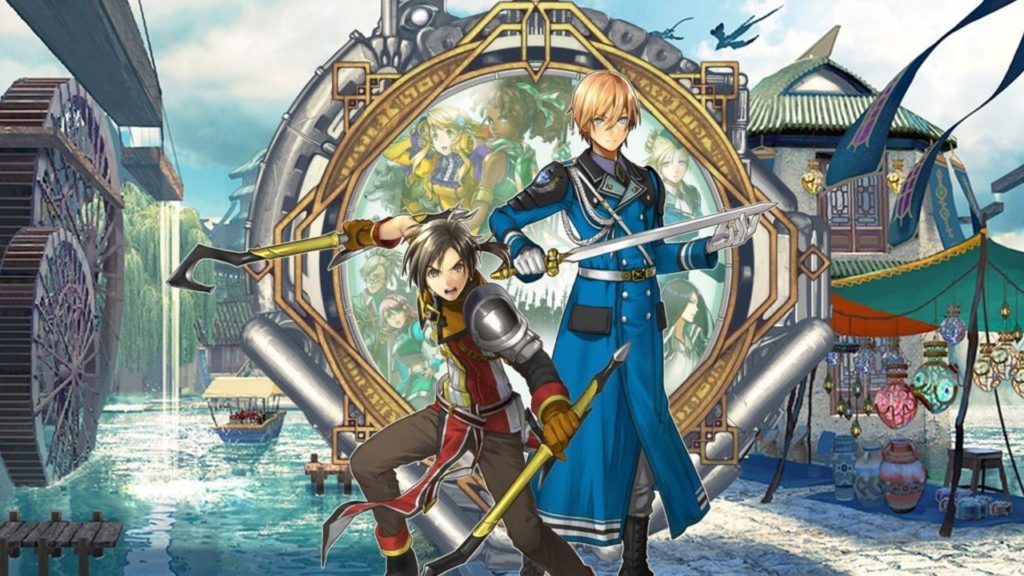 Nowa is the protagonist of Eiyuden Chronicle: Hundred Heroes. Described in the profile as the “leap before you look” type, Nowa joins a joint expedition by the League of Nations, and during a mission, finds an ancient rune-lens, which is set to spark a war between the League and the Empire.

Seign, the second-born son to a powerful imperial family, is exceptionally gifted in academia. He is the strategist of the group, but hsi clear mind is often confused for a cold heart. Seign is bothered by the meaning of fighting after the death of his brother during a border rebellion.

Marisa is a member of the Guardians—a clan that hallows and protects the forest. She was raised in the ways of the Guardians and their traditions. Marisa is still forward-thinking and has a fondness for new things, especially if they are cute. Marisa is quite sought after by both the Empire as well as the protagonist, as the Guardians have figured out a unique way of using rune-lenses.

Lian ran from her home when the Empire invaded league lands, and ends up meeting the protagonist in a major town. Born in a dojo, Lian is adept at melee combat, found to be throwing out roundhouse kicks before she learned how to properly walk.

Garr is a veteran bestman warrior. Hailing from a clan of mercenaries, Garr has lived most of his life in conflict. Garr decides to join the war when it breaks out because of his vast experience and brutality.