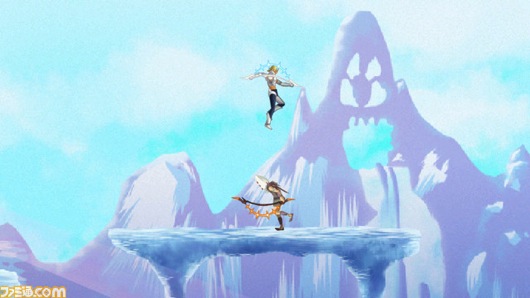 With visuals as pristine as El Shaddai’s, what could possibly go wrong with a smartphone incarnation? To be fair, the image above gives a large degree of hope that this won’t just be a quick cash in. The game will play entirely in 2D, unlike console versions which are only 2D some of the time and as of yet does not even have a Japanese release date. An Experia Play version is also in the works.